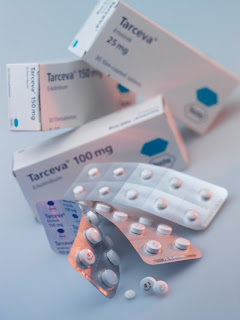 The verdict is finally out and we had blogged on the Roche vs CIPLA controversy here, here and here. More recently, Prashant did a short note on Justice Bhat’s judgment here.

Extremely well researched judgment—I’m guessing that the judge was helped by a very bright law student (as law clerk). The influence of law clerks on the Indian judiciary is beginning to be felt and will make an excellent topic of research for those of you willing to investigate this issue. For a change, the court cites foreign case law with some bearing on the point and not blindly. And importantly, it cites the more recent case law from abroad, including the famed KSR vs Teleflex decision and eBay vs MerckExchange (both by the US Supreme Court).

Contrast this judgment with the Madras High Court decision in the Novartis case, where in an article, along with Prashant Reddy, I bemoaned the tendency to rely on antiquated cases from abroad:

“The paper will argue that section 3(d) is compatible with TRIPS. It will also argue that although the Madras High Court got its conclusions right, it’s reasoning leaves much to be desired. It relied on an antiquated and wrong notion of “contract” law to rule that it had no jurisdiction to rule on a WTO-TRIPS issue. In order to defend the constitutionality of section 3(d), it again relies on propositions that are mutually contradictory and sometimes wrong.This is deplorable, given the fine repertoire of constitutional law jurisprudence that India is home to and which the court might have dipped into. The court also reveals a fascination for citing foreign case law, even when some of these judgments issued more than a century back and are at loggerheads with what the Supremes have ruled in this country. “

We finally have an Indian judgment that refers explicitly to the “Windsurfer” test on obviousness–long due, as Indian courts are often prone to citing British case law–and one always wondered why Windsurfer was left out (I could be mistaken here–if any of you know Indian patent decisions referring to Windsurfer, please let me know).

Importantly, the court castigates the patent office for not rendering a reasoned decision at the pre-grant opposition stage (recollect that Natco had filed a pre-grant opposition and this was decided by the patent office in favour of Roche). In particular, the court takes the patent office to task for relying blindly on the “suggestion, motivation, teaching” test in the US–a test deployed by the Court of Appeals for the Federal circuit in the US for a great number of years and one which which lowered the bar for patentability considerably. The US Supreme Court came down heavily against a formalistic application of this test in KSR vs Teleflex.

Little wonder then that Roche’s argument that the pre grant opposition would render the patent immune from attacks on validity did not sway the court much. The court does not deal explicitly with whether or not CIPLA ought to have availed of the post grant opposition mechanism (instead of resorting to infringement and then counterclaiming validity). It seems to have agreed with CIPLA’s argument that so long as the patents act independently recognises the right to ask for a revocation at any stage (and counterclaim invalidity), the lack of a post grant oppostion by the “revoker” is not critical. One also wonders whether this factor might have weighed in the minds of the court: how likely is the patent office to reverse its own decision at the post grant stage? (recollect that in an ill reasoned decision, the patent office dismissed Natco’s pre-grant opposition).

We had blogged on the potential clash between the patent office and courts in the context of Bilcare case here. And with more patent decisions reaching courts, we’re certain that there will be plenty of more cases where the two bodies reach different conclusions.

The court seems to have adopted a very prudent line of reasoning. In essence, their logic seems to be this: we’re not sure whether this patent is valid or not. But till we determine this at the final stage, we’re going to come down in favour of lung cancer patients, more of whom are likely to be able to afford the cheaper drugs from CIPLA. And to the extent that the patent is held valid at the final stage, CIPLA can always be called upon to compensate the patentee for its losses up to that stage.

Both jurisprudentially and from a policy perspective, I can’t see problems with this line of reasoning. One tiny glitch though–the court admits that it lacks conclusive numbers (number of cancer patients in the country, numbers having access to Tarceva etc). But perhaps at the interim stage, intuiting that more prices means less access is a reasonable one. And the price differential was huge–3 times! Hopefully we’ll see more numbers at the final stage..

I’ve received a number of emails asking me what I thought of the judgment and as to what were the implications for the pharmaceutical industry and for public health in general. If I were to summarise the most important implication of this judgment, it is this:

The judgment effectively introduces compulsory licensing for pharmaceutical patents. I’ve elaborated on this aspect in an article for the Economic Times that was published in the Delhi Edition yesterday. Unfortunately, I don’t have a direct link to this. But if you go to the ET website and click on e-paper version yesterday (and chose the Delhi edn), you’ll find it on the “policy” page.

Patents vs Patients: Cipla’s victory and the evolution of new “Compulsory Licensing” Norms

“In a major victory for public health advocates the world over, Justice Ravinder Bhat of the Delhi High Court recently ruled that CIPLA could continue producing generic versions of Roche’s patented anticancer drug, Tarceva (Erlotinib). Ignoring Roche’s statutorily granted right and ruling unequivocally in favour of the rights of cancer patients to access cheap medications, this could be India’s most path breaking patent decision till date.

The key issue before the court was whether or not the patentee, Roche was entitled to a temporary injunction restraining CIPLA from selling its version of Erlotinib, under the brand Erlocip.

Echoing the findings in an old British case, American Cyanamid Co vs Ethicon Ltd, the court held that a temporary injunction would issue in favour of Roche, only if it proved the following:
i) That it had a prima facie case
ii) That the “balance of convenience” was in its favour
iii) That it would suffer “irreparable injury”, if CIPLA was not injuncted

On the first condition, the court held that Roche had demonstrated the existent of a prima facie case of infringement, since it held a valid patent that was infringed by CIPLA. However, the court also noted that CIPLA had raised a plausible doubt that the patent was invalid, as it was “obvious” and it did not comply with section 3(d)—a unique section introduced in India’s patent regime to weed out frivolous pharmaceutical patents. Owing to the fact that this was only an interlocutory petition, the court did not delve too deep into the merits of this contention.

The court then looked to the second factor, namely “balance of convenience”. In other words, would the non-grant of an injunction inconvenience Roche more or would its grant inconvenience CIPLA (and the patients) more? Closely related to this analysis is whether or not Roche would suffer irreparable hardship if it did not obtain the injunction.

The court held that Roche would not suffer irreparable hardship from the non grant of an injunction. If Roche’s patent was to be found to be valid at the final stage, it could easily be compensated at that stage for all the losses accruing to it from the non-grant of a temporary injunction. To this extent, the court asked CIPLA to maintain accounts of sales etc.

In supporting CIPLA and holding against Roche, the court revealed a clear preference for patients over patents. It noted in pertinent part that CIPLA’s drug was 3 times cheaper than the Roche version. From this, the court concluded that more patients would be able access the CIPLA version, Erlocib.

Importantly, the court was also very concerned with the fact that Roche was not manufacturing the drug in India. Perhaps the pre 1970 position, where India was literally at the mercy of MNC’s (which more or less controlled drug supplies) might have played out in the mind of the judge.

In what must surely be music to the ears of patients and public health activists, the court elevated the right of a patient to access cheap drugs as a fundamental right to health under Article 21 of the Constitution.

Another major implication of the courts judgment is the introduction of new compulsory licensing norms. Thus far, we’ve known of only “statutorily” created compulsory norms in Chapter VII of the Patents Act. This chapter contains a number of provisions whereby a patentee could be forced by an applicant to license his/her invention on reasonable royalty terms.

Unfortunately, most grounds for compulsory licensing under this chapter kick in only after 3 years have elapsed since the date of grant of patent. For a drug like Tarceva patented only in 2007, CIPLA would have to wait till 2010 before approaching the patent office for a license. Under the Delhi High courts ruling however, CIPLA could cleverly achieve what the statute states without waiting for the 3 year period. All it has to do is to introduce generic versions of a patented drug and then wait to be sued!!

Although this is only a temporary ruling and we still await the final decision (after trial), the logic of Justice Bhat could be transposed to a final decision on the merits. In other words, if the patented drug is priced more than the generic (which is almost always the case) and is not manufactured in India (about 90% of MNC drugs qualify under this), the patentee will not be entitled to an injunction. Rather, damages will be taken as sufficient compensation for the losses to the patentee from infringement by a generic which sells its own cheap version of the generic.

In short, the Delhi High Court has effectively created another stream of “judge made” compulsory licensing. And to this extent, India has once again shown that it will strike a different chord from the rest of the world and evolve new “patient” friendly patent norms, when the situation so demands.”