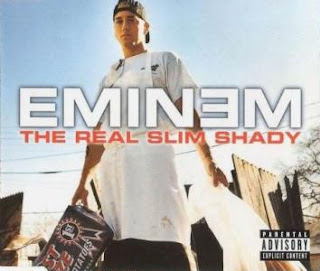 Last Thursday, Arun Jaitley finally wound up his arguments on behalf of Cipla. A very impressive performance and I can see why Cipla won relatively easily at the first instance. As SpicyIP suspected in its last post, Jaitley completely downplayed the “public interest” argument. Perhaps a wise, strategic move, given that Justice Shah was beginning to express concerns about openly endorsing a rule that hinged on pricing and might have operated as a de facto compulsory licensing/pricing regime. Abhishek Singhvi (counsel for Roche) can be expected to resurrect the “public interest” and pricing argument when he rebuts Cipla’s contentions on Monday.

It bears noting that Jaitley did touch upon “pricing” issue briefly, while reiterating before the appellate court that the price of Tarceva (as printed on its box) was Rs 4800 per pill. Interestingly, he also pointed out something that was first raised by SpicyIP many months back i.e that NICE (a UK government authority) had rejected Tarceva as too expensive! He even relied on the very same Dow Jones report that SpicyIP had quoted from! I quote from our earlier post in this regard:

” The U.K’s National Institute for Health and Clinical Excellence said Thursday that Roche Holding AG’s (RHHBY) drug Tarceva has been turned down as a treatment for non-small cell lung cancer because it’s too expensive.

NICE said Tarceva could not be considered a cost-effective use of the U.K.’s state-run National Health Service’s resources compared to Sanofi-Aventis’s (SNY) Taxotere.

NICE, which determines whether drugs should be available on the NHS in England and Wales on the basis of their effectiveness and value for money, said the cost of Tarceva was considerably higher than acceptable. It found Tarceva was GBP 2,100 more expensive to buy per patient than Taxotere and said it was not persuaded that Roche had proved its drug, known generically as erlotinib, had an equivalent survival benefit to Taxotere, or docetaxel.”

However, I am given to understand that the above decision by NICE has been succesfully appealed against by Roche and overturned. In other words, the NICE decision rejecting Tarceva as too expensive is not valid anymore. I am yet to confirm this, but should any of our readers have more information on this, please do let us know. Or we’ll have to wait and see what Roche’s attorneys have to say about this when the matter comes up for rebuttal on Monday.
So How Much Does Tarceva Really Cost?

In several earlier posts, we pointed out inconsistencies in Roche’s argument on the Tarceva price. While they claimed in court (before Bhat J) as well as in the press that the tablet costs only Rs 3200, the packaging in the market (which Cipla produced in court) speaks otherwise i.e. Rs 4800 per tablet (which coverts to about Rs 1.4 lakh per month for a patient). Justice Bhat naturally preferred the hard evidence produced by Cipla (i.e. the packaging) to the word of Roche. Jaitley produced this packaging in court on Thursday and insisted once again that the price was Rs 4800. I wonder how Abhishek Singhvi (counsel for Roche) is likely to react to this. Since Justice Bhat (the trial judge) found in favour of Cipla on this count, it is very unlikely that the appellate would disturb this “factual” finding, unless there was a clear/manifest error.

Since I’ve been perplexed about this pricing issue, I spoke with an uncle of mine, Dr Mirza Hussain, a cancer specialist at the RCC (Regional Cancer Center), Trivandrum. He’s treated several patients with Tarceva in the past. He informs me that although the open market price for Tarceva is Rs 4800 per tablet, RCC was able to negotiate a lower price of Rs 3200 from Roche. In other words, a powerful institution such as the RCC could strike a good bargain with Roche. But he cautions, this price is strictly for RCC patients only and Roche has left strict instructions to ensure that this cannot be traded in the open market (sort of the way military canteen goods in India are subjected to arbitrage).

When I asked him about whether or not all his patients could afford the Rs 3200 tab, he shrugged his shoulders and said “Of course not”. I asked: “Could they afford Cipla’s tablets at Rs 1600? And he shot back: Well if it’s a poor labourer who earns Rs 100 a day, then whether it is Roche’s Rs 3200 or Cipla’s 1600, it does not make a jack of a difference to them. And then I asked: So how should we help them? Do we let them die? Should the government step in? Has the government stepped in? He balked: The government!! And gave the most pitiful look that I’ve seen come from him in all these years. I got the message and moved on to other more pleasant topics.

ps: On the “pricing” issue in relation to life saving drugs, check out this wonderful piece by CH Unni in the Mint, where he states that:

“Patients on a regimen of high-value cancer drugs imported into the country continue to pay up to 35% more than the international prices—the result of import duties that are yet to be removed or reduced despite the government having exempted life-saving cancer drugs from all import duties in early 2007.

The delay seems to be a result of inter-ministerial red tape. “We have our limitations in judging the priority of these life-saving drugs. So, we are awaiting timely recommendation from the health ministry for notifying these drugs on the list,” said an official with the finance ministry who did not wish to be identified.”