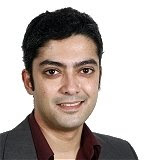 SpicyIP is very privileged to have a guest post from a leading Indian IP academic, Dr Dev Gangjee. Dev teaches at the London School of Economics and has several accomplishments under his belt.

He is a graduate of the National Law School of India (BA, LLB) and the University of Oxford (BCL, DPhil), where he was a Rhodes Scholar. He was an invited researcher at the Institute of IP, Tokyo and is an Associate of the Oxford IP Research Centre. As an expert he has advised both governments and law firms.

Dev Gangjee has an excellent paper out on trademark “dilution” jurisprudence in India. SpicyIP requested him to do a guest post for us explaining the key thesis of his paper. His writings are a wonderful read, exhibiting nuanced legal analysis and very original thought (I say this very objectively, as he also happens to be a very dear friend of mine).

So without much ado, I give you Dev Gangjee and his incisive analysis on “dilution” , a concept whose nexus with “consumer” harm is often a tenous one. He rightly cautions our courts against importing “common law” dilution principles into section 29(4), which offers an independent statutory basis for “dilution”.

The Polymorphism of Trade Mark Dilution in India

“I’ve recently written a paper for a US law review on the scope of protection against ‘dilution’ – a new form of infringement under the Trade Marks Act 1999 – and would very much appreciate comments from SpicyIP readers.

‘Dilution’, broadly speaking, refers to harm caused to the communicative function of a trade mark: the lessening of the capacity of a famous mark to identify and distinguish goods or services. In its statutory form it has slipped into Indian law below radar. There has been little discussion about this concept and therefore many misconceptions have accumulated around it. The provision is found within S 29(4), mirroring a similar provision in S 11(2)) of the Act.

S. 29(4)
A registered trademark is infringed by a person who not being a registered Proprietor or a person using by way of permitted use, uses in the course of trade, a mark which-

(b) is used in relation to goods or services which are not similar to those for which the trade mark is registered : and

Indian law has long been ‘inspired’ by UK legislation and the equivalent infringement provision is s 10(3) of the UK’s Trade Marks Act, 1994:

(a) is identical with or similar to the trade mark, and

(b) is used in relation to goods or services which are not similar to those for which the trade mark is registered,

where the trade mark has a reputation in the United Kingdom and the use of the sign, being without due cause, takes unfair advantage of, or is detrimental to, the distinctive character or the repute of the trade mark.

My reasons for believing this is an extremely important, yet underappreciated area are:

(1) ‘Dilution’ is a new and independent form of infringement under the Trade Marks Act, 1999;

(2) It’s controversial because it’s very different from the traditional Likelihood of Confusion (LoC) test which has been the foundation of trade mark law for over a century and a half.

(3) Since it seeks to protect brand value even where there is no LoC, it’s a potentially overbroad action affecting both (i) freedom of commercial or political speech and (ii) the right to compete in the marketplace.

(4) Dilution seems to have sleepwalked into our trade mark legislation – it is not mentioned as one of the New Elements under the Act of 1999 Act and was not specifically mentioned during the parliamentary debates considering the TM Bill.

(5) Since its slipped in below radar, there are two related concerns:

(ii) Litigants are also drawing on the language of dilution used in previous Indian passing off decisions, when dilution under passing off is a very different concept from ‘dilution’ under the statute. The passing off precedent are therefore inappropriate and inapplicable.

(6) What we have here is a new and (potentially) enormously powerful independent action and it might be a good idea to look at why other major jurisdictions such as the US and EU have been worried about this concept for some time, so that we can apply our own statutory regime more carefully.

Here are some reasons why the apex courts of both the EU and the US think that dilution is a cause for concern:

‘A significant function of a trade mark is to link goods or services to a source of supply, whether the original producer or a commercial intermediary. That is in the interest of both supplier and consumer. The supplier can establish a reputation, which is protected from usurpation by competitors, for products bearing the mark, and can thus promote trade in those products. Likewise, the consumer can make purchasing decisions on the basis of the qualities he perceives as attached to the mark. Since those decisions may be negative, suppliers have an incentive to maintain and improve the quality of the goods or services supplied under the mark. [5]…

Such protection is seen as sufficient as a general rule. Similar or even identical trade marks can coexist for dissimilar products without causing confusion in consumers’ minds or harming traders’ commercial interests.’ [7]

But that is not true in all circumstances. In an apparent paradox, the best known trade marks are particularly vulnerable to the existence of similar marks even in highly dissimilar product areas, where actual confusion is unlikely. Moreover, such marks frequently perform functions which go beyond linking goods or services to a uniform source. They present a powerful image of quality, exclusivity, youth, fun, luxury, adventure, glamour or other reputedly desirable lifestyle attributes, not necessarily associated with specific products but capable of presenting a strong marketing message in itself. [8]

The response to this is protection against ‘dilution’.

‘The theory of dilution has long been the subject of disagreement among commentators (and exasperation at the perceived obtuseness of others, including the courts).’ [30]

Similarly the US Supreme Court has highlighted the pro-proprietor underpinnings of this concept and the difficulty of proving any meaningful harm in Moseley v Victoria’s secret Catalogue Inc 123 S Ct 1115 (2003):

“Unlike traditional infringement law, the prohibitions against trademark dilution are not the product of common-law development, and are not motivated by an interest in protecting consumers. The seminal discussion of dilution is found in Frank Schechter’s 1927 law review article concluding ”that the preservation of the uniqueness of a trademark should constitute the only rational basis for its protection.” Rational Basis of Trademark Protection, 40 Harv. L.Rev. 813, 831.”

I’ve written the following article to draw attention to these developments and any comments to this blog post would be welcome. The article is freely downloadable here.

The Polymorphism of Trademark Dilution in India

This article begins with a puzzle. Statutory provisions relating to trademark dilution were introduced for the first time into Indian law with the Trade Mark Act of 1999, which came into effect in 2003. Yet since their inception, these provisions have remained on the shelf, largely untouched for half a decade. By contrast, dilution features prominently in litigation based upon the common law tort of passing off. It thus exists in both favoured and relatively ignored forms.

In Part II, this Article offers an explanation for why this polymorphism for dilution exists in India. Under passing off, dilution is a newly recognised species of harm, which flows from a misrepresentation. It is not the basis for an independent cause of action. Its recognition can be traced to prior doctrinal developments within the Indian law of passing off, concerning the abolition of the common field of activity requirement and the sufficiency of a transborder or ‘spillover’ reputation. Dilution is thus qualified as a new type of injury within a familiar tort geared towards preventing consumer confusion. However under the Act of 1999, dilution, in its aspect of blurring or ‘detriment to distinctive character’, is the basis for an independent action.

This article suggests that the statutory provisions require a more narrowly defined harm in order to be triggered and differ in important ways from dilution under passing off, making precedents for the latter unsuitable for the former. Part III concludes by selectively considering the extent to which E.U. and U.S. experiences with dilution could meaningfully inform the future development of the Indian statutory regime.