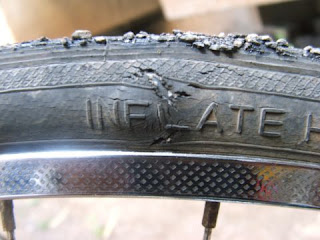 There’s no dearth of counterfeiting and piracy data. And the figures escalate year after year. Naturally these figures are followed up with clarion calls to have more aggressive IPR enforcement. And often times, these heavy duty figures (which span a variety of IP industries such as pharmaceuticals, software, music and movies) are followed up by figures on loss of jobs, employment etc as a consequence of piracy and counterfeiting. And more recently, these figures have also been linked up to terrorism!

Think of the controversial WHO figures on spurious drugs in India. A recent article throws light on this unsavoury episode:

“In 2003, representatives of the Confederation of Indian Industry (CII) told a committee of experts on drugs regulation that the World Health Organisation (WHO) had estimated that “35 percent of fake drugs produced in the world come from India, which has a INR 4,000 crore (USD 809.7 million) spurious-drug market. About 20 percent of medicines in the country are fake or sub-standard. Of these, 60 percent do not contain any active ingredient, 19 percent contain wrong ingredients, and 16 percent have harmful and inappropriate ingredients.” It all sounds pretty bad: if true, people in India are as likely to be suffering from partially and untreated illnesses or adverse reactions, as much as from the conditions themselves.

However, these claims are largely unsupported by evidence. When the head of the committee, Dr R A Mashelkar, challenged the CII to supply its sources, the latter failed to deliver anything to support its claims. The WHO also denied ever having produced a study with the results attributed to it – in a report from 2006, it had merely repeated the claims of the companies themselves: “Indian pharmaceutical companies have suggested that in India’s major cities, one in five strips of medicines sold is a fake.”

Naturally some of these “spurious drug” figures might have motivated global anti-counterfeiting initiatives that are now doing the rounds: from IMPACT to ACTA to SECURE. Apart from questioning the false IP-public safety linkages that some of these initiatives are premised on, one must also carefully scrutinise the rather generous counterfeiting figures floating around.

A recent presentation notes that falsification of seizure figures is endemic in the anti-counterfeiting industry. In particular, it highlights two problematic practices:

i) Trap Orders: Where [anti counterfeiting] service providers place an order of counterfeit products, then seize it (this might include teaching an “innocent”manufacturer how to make counterfeits)

ii) Fake raid actions: Where there is no raid action at all. But seizure lists are freely invented and old Photographs of previous cases are “recycled”to make up a nice report.

Let me however clarify that I do not take issue with the collection and dissemination of data to provide for more optimal IP policy. Indeed as we’ve noted several times on this blog, we need to move away from “Faith Based” IP to “Fact Based” IP. And one way to do so is by collecting hard, factual data.

However, rigging data and deploying other fraudulent means is another issue altogether. And enthusiasts of IP enforcement should appreciate that rigging data to make a better case for a more aggressive IPR enforcement will engender more harm than good and make them lose credibility in the long run.