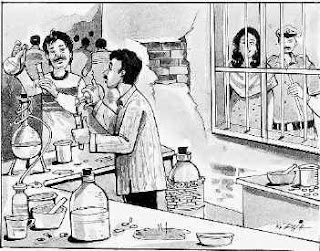 As many of you know, the latest amendment to the Drugs and Cosmetics Act came into force on August 10, 2009 vide Central Government notification no. S.O.2076(E). This bill was first introduced in Parliament in December 2003. It was passed as the (Drugs and Cosmetics (Amendment) Act, 2008) by both Houses in October 2008 and received Presidential assent in December 2008.
The fact that this 2008 amendment provides for increased penalties for trafficking in spurious drugs is laudable; however, the rather loose definition of “spurious” is likely to cause severe problems for home grown generic manufacturers. In fact, the recent Bayer vs Cipla drug patent linkage decision by the Delhi High court bears out this fear. Bayer advanced a rather preposterous legal argument claiming that Cipla’s generic version of Nexavar would qualify as a “spurious” drug under the Drugs and Cosmetics Act; therefore, it ought not to be approved. As the judge rightly noted, this absurd line of reasoning would effectively mean that no generic could be approved, as all of them would amount to “spurious” drugs. We had presented a similar argument on this blog in an earlier post.

In previous posts, we lauded government efforts that successfully thwarted attempts by the WHO led IMPACT to expand the definition of counterfeit to catch even legitimate generics. It will be a travesty if the government now fails to clean up its own backyard . Given that charity never really began at home, amends must be made to ensure that at least some charity is now shown to be done.

Drawing on the above concerns, Nina Mehta has a very interesting article in the Economic Times calling for an immediate amendment to the definition of “spurious” drugs. I reproduce the article below:

Lack of clarity in drugs Act may hit generic companies

Ambiguity in the amended Drugs and Cosmetics Act over the definition of the terms ‘adulterated’ and ‘spurious’ drugs could affect Indian generic drug players. The amendment, which came into force on August 10 this year after receiving the Presidential assent in December 2008, could complicate both patent challenges as well as regulation of companies, industry observers said.

The amended law has provided for stricter punishment for companies charged with manufacturing ‘adulterated’ or ‘spurious’ drugs. Under the new law, evidence of both adulteration and manufacture of spurious drugs needs to be established for a person to be convicted.

However, lawyers feel there is still some ambiguity in the Act, which needs to be addressed immediately. Shamnad Basheer, professor of intellectual property law at the National University of Juridical Sciences (NUJS), Kolkata, said, “Although the increase in penalties for dealing in spurious drugs may be welcome, the fact that the definition of ‘spurious’ remains substantially the same is a grave cause for concern. This definition could be interpreted to even catch within its fold legitimately-authorised generics of good quality and this is problematic.”

Loopholes in the law have been noticed both by intellectual property lawyers and companies alike. This was evident in the recent Bayer-Cipla case. Bayer, in the recent drug patent linkage case, suggested that Cipla’s generic version of Nexavar would qualify as ‘spurious’.

“Given that the government is fighting international efforts such as IMPACT which attempt to define counterfeiting broadly to even catch legitimate generics, the government must, as a first step, clean up its own backyard by redefining ‘spurious’. It must ensure that the term ‘spurious’ as used within the context of drug regulation be simply restricted to substandard drugs.

IP issues should not form part of this definition. And in any case, barring straightforward violations of identical trademarks, the DCGI often does not have the institutional competence to decide complex trademark disputes,” Mr Basheer said.

Another point in the law that is of concern is the non-binding power that it gives authorities. Milind Antani, co-head (pharma practice) at Nishith Desai Associates, said, “The purpose of the amendment is to curb the spread of adulterated drugs and that is a welcome move.

But the powers given to authorities like the state Food and Drug Administration are non-binding on them and there are concerns that these may be misused.” Not all adulterated drugs, he said, originate from the manufacturer. Some come in at various points in the supply chain and the concerns are that genuine companies may also be pulled up for such occurrences.

“With the lack of clarity on the definition of adulterated and spurious, large companies are more likely to use this as a way to block generic companies from challenging their patents and manufacturing generics. This could harm the generic industry as a whole and if it is not sorted out soon, we will see more lawsuits against Indian companies on such grounds,” said the CEO of a generic company who did not want to be named.