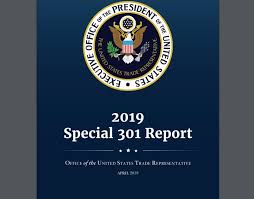 This is the second and last post covering submissions with respect to trademark (the one first can be viewed here). While making comments, I have relied on inputs provided by various practising lawyers based out of Delhi and other parts of India.

Court Proceedings: The Report notes that, ‘it may require at least two-to-three years for court proceedings to be decided, sometimes longer (up to seven years), particularly in courts other than the Delhi High Court. The Commercial Courts Act, which came into effect in October, 2015, prescribes mandatory timelines that are intended to reduce the pendency of lawsuits, to one to-two years. Reports are that the effects and impact of the Commercial Courts Act can be clearly seen in the speed of disposal of intellectual property disputes……The increased acceptance of “summary judgments” across several commercial courts in India has also led to increased efficiency. The Delhi High Court remains at the forefront of the campaign to ensure that commercial disputes are decided expeditiously. However, where Defendants raise a credible defense, requiring trial, cases do take an average of two to three years.’

Comments: Last year, the Vidhi Centre for Law and Policy released a report on the functioning of Commercial Courts – if one goes by the Vidhi report, the Commercial Courts Act is followed more in breach than in practice. The report, through an empirical analysis of 450 cases from the jurisdictions of Delhi, Bombay and Vadodara, makes some interesting observations (for instance, how the provisions of case management hearing and summary judgment are hardly followed). I don’t know as to what extent the situation has changed on the ground. I have received mixed responses from lawyers based out of Delhi and other parts of India. While some lawyers agree to some extent, some lawyers don’t. Whatever be the reality, it is a fact that India does not have a vibrant performance evaluation framework. So, at this juncture, I can only look at this report with a certain degree of apprehension.

Number of hearings: The report also notes that disputes pertaining to trademarks (particularly counterfeiting) may be decided and decreed with only one or two hearings.

Comment: From a practical perspective, deciding and decreeing a case in one hearing is impossible (since summons will have to be served).

Opposition proceedings: The report notes that the proceedings, particularly ones filed more than three years ago, may take seven years or more before a decision is rendered. The report is forthcoming on Trademark Rules, 2017. It states that the opposition proceedings (involving serving of oppositions and counter statements, issue of abandonment orders) are faster now. However, there are considerable delays with regard to hearings on substantive issues.

Comments: There is a near-consensus amongst practising lawyers on this aspect. Statements are now served through electronic means, mostly on the same day itself.

Comments: Practising lawyers agree with the first statement. But as far as the latter statement with regard to IPAB is concerned, the estimated timeline is two to three years (and not three to five years).

[There exist some issues with regard to the appointment of IPAB chairman. These issues did affect the functioning of IPAB. A detailed discussion is beyond the scope of this post. SpicyIP has covered it here.]

Grant of injunctions: The report acknowledges the grant of injunctions in ‘favor of brand owners at the ex parte as well as the interim stage of disputes, thereby ensuring that further infringement of their rights does not occur while the lawsuit proceeds through different stages.’ The report highlights this aspect as against the administrative and judicial delays.

Comments: I agree with the factual part of this report (even though I disagree with the entropic character of injunction-jurisprudence in India). Proceedings for interim injunctions are conducted as mini-trials in India. Owing to systemic delays, “temporary” in the Indian context may turn out to be quite baffling when compared to other jurisdictions. A discussion on this aspect is beyond the scope of this post. [For more on injunction jurisprudence, click here and here. The first link refers to an article co-authored by Shamnad, Jay Sanklecha and Prakruthi Gowda. The latter is a link to NLU Delhi student journal. It contains an insightful article written by Aditya Swarup – ‘The prima facie standard for interim injunctions in India’.]

Training of judges and specialized benches: The following parts of the report are quite interesting: ‘Other than on the Delhi High Court, and to some extent, the High Courts of Bombay, Madras and Calcutta, trial judges generally lack training and experience in handling trademark infringement cases. However, the Judiciary has undertaken several initiatives to provide training and special education to trial court judges on managing and deciding intellectual property disputes in accordance with principles of law. The efficiency of the judiciary’s handling of trademark matters appears to be continuing to improve, and at a rapid pace. Moreover, the Commercial Courts Act mandates the creation of specialized benches in every lower court dedicated to the adjudication of, inter alia, intellectual property disputes.’

Comments: The report is quite positive and optimistic on the quality of justice delivery system. However, I will take it with a pinch of salt. Judicial training is, unfortunately, not an area which has been given the adequate attention. For instance, the Commercial Courts Act talks about training of judges. But it places the onus on respective state governments (without any audit or review at regular intervals). It is not difficult for anybody familiar with Indian system to predict the outcome of this provision.

The quality of justice delivery system in each state in India varies in accordance with the socio-economic-political status of respective states. For more on extant state of affairs of Indian judiciary, please go through Nick Robinson’s scholarly work available here.

The report is not clear on law as well. The Commercial Courts Act does not mandate specialized benches in every lower court for adjudicating IP disputes. It envisages the creation of a framework which is dedicated to the adjudication of commercial disputes (which entail IP disputes). But the system is not designed in a way to instill IP expertise. A detailed discussion is beyond the scope of this post. But for more details and analysis, please go through the chapter authored by Shamnad which is available here.

Seizure of counterfeit goods: The report notes the near impossibility in obtaining quick seizures of counterfeit goods through a criminal action. Section 115(4) of the Trademark Act of 1999 provides that no police officer may search and seize goods unless he or she has first obtained an opinion of the Registrar of Trademarks that the goods at issue are counterfeit. From a practical perspective, it takes time (up to ten days) to obtain the above-mentioned opinion from the Registrar. By then, the spurious goods would have disappeared. Section 115 also provides that no one below the rank of Deputy Superintendent of Police may effect a seizure of counterfeit goods. This may cause practical delays as well. The report notes that the only remedy is to file a civil suit, praying for Anton Pillor order (i.e an order that requires the defendant to allow the petitioner to enter the defendant’s premises for collection of evidence)

Comments: The practising lawyers agree with this observation. However, from a practical perspective, they invoke section 156(3) of the Code of Criminal Procedure, 1973. Going by this provision, the Court can pass search and seizure order without obtaining the opinion of the Registrar under section 115(4) (since such a power of the Court is not excluded by any legislation).

I do believe that these kinds of reports highlight the need for a credible institutional audit (a 360 degree audit that entails both regulatory and judicial frameworks). Such an audit will be far more reliable and credible than reports like the instant one. However, that is possible only if quality data is available. [For instance, the Law Commission of India, in its 253rd report, has lamented the absence of judicial statistics. Any credible policy intervention can be made only when there is quality (and reliable) statistics. All these point towards much deeper, systemic weaknesses of the Indian system.]

H/T: I would like to thank various lawyers, including Latha Nair, Ridhima Sharma and Navreet Kaur, for their inputs on some of the aspects discussed here.