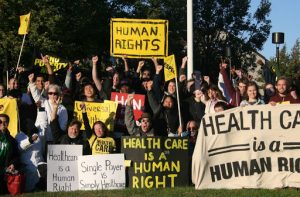 We’re pleased to bring to you an incisive guest post by Rahul Bajaj, arguing that it is not only wise for the Government to use the patent law flexibilities to ensure accessibility to medical devices required to combat COVID-19, but also mandated by the fundamental right to health guaranteed under the Constitution of India. It also reflects on the role that the courts can play in this regard.

Rahul, a former fellow at SpicyIP, is an MPhil in Law candidate (Rhodes Scholar) at the University of Oxford. He is studying how the right to health can be used to make patented medicines more affordable in India.

In his incisive post on Thursday, Prashant emphasized the need for India to explore use of the flexibilities set forth in Indian patent law to deal with the COVID-19 crisis. More specifically, Prashant’s analysis brings to light two important facts. First, the tools that are central to the COVID-19 medical response, such as respirator masks, hazmat suits and ventilators are covered by patents. Second, owing to a number of reasons, these patents will thwart the low-cost widespread availability of these medical devices in India.

Against this backdrop, Prashant explores 3 possible avenues that the Government should consider using to puncture the patents at issue. These are:

In this post, I would like to make the following argument. It is no longer res integra that the right to health is part of Article 21 of the Constitution. Therefore, courts can draw on the right to health (RtH) as a resource to nudge the Central Government to consider using these levers and, if the government chooses not to use them, the court is empowered to ask it to furnish reasons for its inaction.

In international law, the RtH has been recognized as giving rise to 3 sets of obligations on every nation: the obligation to respect, protect and fulfill the right. The last two dimensions of the right are very crucial for the purpose of this article. In its General Comment 14, the ICESCR Committee noted: “This category includes such omissions as the failure to regulate the activities of individuals, groups or corporations so as to prevent them from violating the right to health of others.” [para 51].

As regards the duty to fulfill, the Committee states: “The obligation to fulfil (facilitate) requires States inter alia to take positive measures that enable and assist individuals and communities to enjoy the right to health. States parties are also obliged to fulfil (provide) a specific right contained in the Covenant when individuals or a group are unable, for reasons beyond their control, to realize that right themselves by the means at their disposal.” [para 37].

It is clear that, for those currently suffering from COVID-19 as well as those at risk, access to these medical devices is crucial for their RtH to be upheld. This being so, the duty to protect requires that India take measures to use the above language, to regulate the patentees at issue, in order to prevent them from infringing people’s RtH by pricing their products beyond their reach. Further, the duty to fulfill requires that positive measures be taken to facilitate the enjoyment of the RtH. This assertion is rooted in the fact that patents are a barrier beyond the control of individuals that is thwarting the realization of their RtH.

“Article 21 does not impose upon the State only negative obligations not to act in such a way as to interfere with the right to health. This Court also has the power to impose positive obligations upon the State to take measures to provide adequate resources or access to treatment facilities to secure effective enjoyment of the right to health.” [para 430].

Using the above framing, it is clear that access to respirator masks, hazmat suits, ventilators, etc., is essential to ensure the effective enjoyment of the RtH. As a result, it stands to reason that the court has the power to urge the government to consider using patent law levers to ensure the attenuation of the barriers that are thwarting the effective enjoyment of the RtH in this context.

To be sure, Indian courts have largely been reticent to impose positive obligations on the state under Article 21 i.e. obligations not already found in an existing law or policy. Support for this assertion can be found in this article by Madhav Khosla and this conversation between Justice Muralidhar and Professor Sandra Fredman. Even so, the use of the RtH to nudge the Government to use the public health levers in Indian patent law would not run counter to this approach adopted by Indian courts. This is for two reasons:

First, as Prashant notes in the concluding para of his post, these levers were statutorily engrafted by Parliament in the Patents Act, premised on the clear recognition that they had to be used in the appropriate fact pattern. Put simply, this was Parliament’s answer to the question of what should be done when a patent is found to undermine public health. As Khosla’s close analysis of the Supreme Court’s RtH jurisprudence makes clear, whenever the Government undertakes an obligation, the Court is willing to hold it to account for fulfilling its commitment. While Khosla’s analysis is in the context of executive policies, I see no reason why the same rationale would not apply to statutory obligations.

Second, this mode of nudging appears to be a fairly common practice in Indian courts. By way of illustration, a few weeks ago, when confronted with a case on the menace of drunken driving, the Madras High Court exhorted the police and other authorities to perform their statutory obligations under the Motor Vehicles Act and the Indian Penal Code to take appropriate punitive and remedial action. Similarly, in the order issued by Justice Muralidhar in the Harsh Mander case in the context of the recent riots in Delhi, the police was directed to discharge its statutory obligation to register FIRs for hate speech and to explain its decision to the Court.

In sum, the use of the levers Prashant outlines is not merely wise. It is mandated by the constitutionally guaranteed RtH. By framing the issue in these terms, Indian courts can ensure that the Government is held to account for its actions in responding to the barriers posed by patents in ensuring the affordability and availability of the medical devices that are at the heart of the COVID-19 medical response.