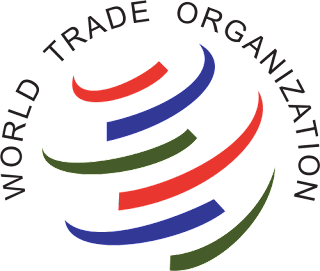 The Mint and the BS both recently reported that India has prepared a legal brief to challenge the ‘seizures’ of Indian drug consignments by the Customs Department in Netherlands. In pertinent part both reports have quoted a commerce official as stating that “India has compiled a legal brief to challenge the ad hoc decision taken by the Netherlands at the WTO. We have consulted Brazil on the matter and they will join in with us. Both will file the complaint against the European Commission in WTO,” a commerce ministry official said.” .

The ‘seizures’ in question are those of 16 Indian pharmaceutical drug consignments which were allegedly transiting through European territory while on their way to a number of South American and African Countries. These consignments were detained on the grounds of either patent or trademark infringement. The question that has arisen in this context is whether this action of seizing transiting drug consignments under the EC Directive 1383/2003 is TRIPs compatible especially since the drug consignments were not patent infringing in either the exporting or the importing country. (For a more detailed background please refer to the earlier posts on the issue).

A Freedom of Information request filed by a Dutch NGO – HAI and which can be accessed here, revealed the breakup of the 16 consignments seized in the year 2008 as follows:
Destination:
5 x Peru

4 x Colombia
2 x Ecuador
2 x Mexico
1 x Portugal
1 x Spain
1 x Brazil
1 x Nigeria
Its surprising to note that Brazil is ready to join India in a WTO action despite only one of its consignments being seized. It must also be noted that two of the consignments were headed to Spain and Portugal, both members of the E.C.

ent of any intellectual property rights. The EC directive mandates that the consignment be released in 10 days if no legal proceedings have been initiated in such a court. It must be noted that this procedure is in marked difference to the Indian law which requires the Customs Department itself to determine patent or trademark infringement. At this point it is unknown to me if any of these consignments that were ‘detained’ in E.U. territories were actually contested in the national courts of those jurisdictions by either the Indian generic companies or by the Indian Government. If any of our readers have information on this, please do pass it on us. It would be extremely surprising if the Indian Government went ahead with trying to challenge the E.U. at the W.T.O. without actually challenging the ‘seizures’ in the Dutch Courts especially since a crucial question in all 16 cases would be factual i.e. whether there was a serious risk of diversion of these consignments into the E.U. market.

The Freedom of Information Request notes that the action taken in the case 16 consignments is as follows:

I am completely clueless as to what ‘presumed authorization’, ‘no action’, ‘waiver’ actually imply. It would be great if one of our better placed readers could explain the same to the rest of us.

An equally pertinent question is whether the Indian Government should challenge the EC Directive as such or alternatively whether it should challenge only the Dutch interpretation of this Directive. This question has arisen in the context of an English judgment on the same point which held that EC 1383/2003 did not permit transit goods to be seized. For more on this please read Shamnad’s post over here.