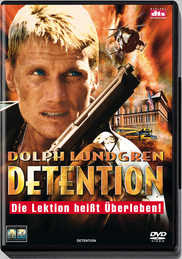 Over the last few weeks, news has been trickling in that the Union Minister for Information and Broadcasting, Ambika Soni, has proposed a meeting in New Delhi, on December 5th to discuss the possibility of bringing in a nation-wide preventive detention law to tackle film piracy. Apparently the Tamil Nadu legislation, which was the first legislation to introduce preventive detention as a solution to combat film piracy, has been a success and according to the Minister it should be replicated all over the country. The only upside of such a proposal is that it will finally put an end to the ridiculous USTR 301 reports on the status of IP enforcement in India. There is no other advantage of such legislation being implemented throughout India.

We have already commented, over here, on the suspect constitutionality of the state passing such a legislation. The Union Government however may have the powers to pass such a legislation. However copyright law falls within the domain of the Human Resources Development Ministry and not the Ministry for Information and Broadcasting. Ambika Soni must the 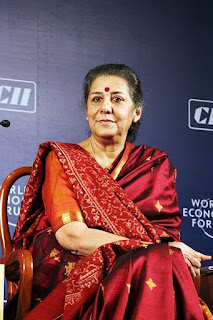 refore be careful about peeving off Kapil Sibal with just draconian suggestions.

The more pertinent question, in my view, is whether or not such legislations are justified from the view-point of a sane person. As already described in this earlier post, preventive detention is one of those sad relics from the days of the British Raj. As described by the Supreme Court preventive detention is not a punitive but a preventive measure i.e. preventive detention can occur even before it is determined by a Court of Law as to whether or not a crime has occured. For a person to be detained under a preventive detention statute he does not even have to be charged with a crime and found guilty under the law. All that is required to make such an Order is a reasonable suspicion in the mind of the Executive. Once a person is detained under a statute his detention period is reviewed not by a Court of Law but by an Advisory Board and the period of extension can be extended for upto a maximum period of 12 months i.e. one year of your life lost on the basis of a suspicion. The worst part is that this entire draconian process has been given Constitutional sanction in the form of Article 22(3) of the Indian Constitution. So much for your Article 21 fundamental right to life and liberty!

The obvious question that poses itself at this juncture is why do we have such a ridiculous law and whether such a provision is justified in the fight against video piracy?

In answer to the first question I will have to confess that my understanding in regards the history of preventive detention is hazy. For those of you interest you must read this article on preventive detention in India. I do know that they had their origins in times of war i.e. a period when fundamenal rights are suspended in more countries. Post independence preventive detention statutes have been used mostly in the context of either National Security legislations where it is absolutely crucial to detain the accused despite there not being enough evidence to prosecute a trial sucessfully. The other kind of statutes are the Goonda Acts that are present in each and every state in this country. These kinds of statutes are basically aimed at throwing into jail suspect elements, such as your unfriendly neighbourhood rowdy, against whom your equally unfriendly neighbourhood policeman and prosecutor cannot possibly get enough evidence to successfully carry out a criminal trial. Basically such legislations provide an easy way out for a resource strapped state that does not have enough policemen or prosecutors or judges to carry out trials of tough cases.

Piracy and copyright infringement however is a completely different ball game. When a pirate is arrested he usually has atleast a couple of hundred pirated CDS with him – that’s enough evidence to prosecute a successful trial and throw the pirate into jail for atleast a couple of years under the Copyright Act, along with a fine etc. etc.

To conclude preventive detentions statutes are a disproportional response to video piracy and it would be prudent for our political masters to stop for a minute and think before being swayed by the over-zealous Bollywood, Kollywood, Tollywood producers who are more inclined to blame the video pirate for their losses, instead of realizing that it is their incompetence which is responsbile for an equal share of not only their financial losses but also the loss of productive time of their patrons.
p.s. I would love to know from our readers in Chennai, the status of the booming piracy market at Burma Bazaar in Chennai – is it still doing booming business or has it been ‘prevented’ from doing the same?