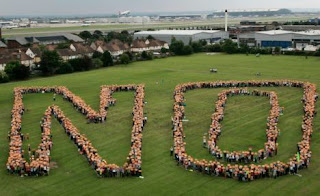 I had previously posted (click here for the post) on the judgment of the single judge of the Delhi High Court in relation to Bayer Corporation’s attempt to bring in patent linkages (click here for previous post on the same) through the back door. Bayer sought to prevent the granting of marketing approval under the Drugs and Cosmetics Act (DCA) to Cipla’s drug Soranib on the grounds that it violated its valid patent. The drug is used in the treatment of advanced renal cell carcinoma. On appeal, a Division Bench of the Delhi High court has concurred with the decision of the Single Judge.
Bayer’s Contentions:
• The petitioners sought to read Section 48 of the Patents Act and Section 2 of the DCA together. Section 2 of the DCA provides that the DCA shall not be in derogation of any other law and thus the DCA cannot contravene the provisions of the Patent Act.
• Form 44 requires an indication of the ‘patent status’ of the drug. This inclusion was a conscious effort to bring in patent linkage.
• Section 156 of the Patents Act read with Section 48 mandates the Drugs Controller who is an officer of the Central Government to ensure non-infringement of patents.
• Judgment in Hoeschst Pharmaceuticals v. CVS Mani, ILR 1983 Delhi 548 is relied on. The judgment mandated adherence by the DCGI to the Trademarks Act.

Cipla’s contentions:
• The Parliament has never envisaged patent linkages in India and the scheme of the Patents Act and the DCA are entirely different. Patent linkages would also lead to a system wrought with uncertainties.
• The requirement of indication of patent status in Form 44 is only to indicate bio availability and bio equivalence protocol.
Cancer Patient Aid Association (The association impleaded itself in the writ petition)
• Patent linkages would adversely affect access of cancer patients to safe, effective and affordable medicines.
• “Patent linkages” is a TRIPS plus policy issue.

Drugs Controller General:
• The scheme, aim and objectives of the DCA and the Patents Act are entirely different.
• The Office of the Drugs Controller is not equipped to grapple with complicated patent disputes.

Indian Pharmaceutical Alliance: (intervener supporting Cipla’s stand):
• Accepting Bayer’s contentions would bring in penal consequences for the infringement of a patent through the DCA.

Nay Patent Linkage:
The decision began by outlining the framework of the Patent Act and described the rights of patent holders as negative rights which can be protected only by resorting to the framework under the Patents Act. It was also noted that the purport of Section 156 was not to enable the Drugs Controller to uphold the patent but merely casts a negative obligation on the government and its officers not to infringe a patent.

The decisions referred to by Bayer; Hoechst Pharmaceuticals v. CVS Mani and Arvind Mills v. Associated Roadways were rendered in entirely different contexts. The judge makes an interesting analogy to the Companies Act. Section 20(2) of the Companies Act bars the registration of a company name which resembles a registered trademark. A similar protection can be found in Section 17 B (a) of the DCA. This however does not extend to refusal on the grounds of a valid patent.

The court accepted Cipla’s contentions with respect to Form 44 and the differing scheme of the DCA and the Patents Act. It also accepted the contentions of the DCGI that the Controller’s office is not equipped to grapple with complicated patent disputes.

The court noted that in the instance of a patent holder seeking only marketing approval and not manufacturing approval, the drug will be highly priced. And accepting Bayer’s contentions would effectively block generic manufacturers thus deterring the availability of affordable drugs.

The judges also pointed out that allowing or disallowing patent linkages is a policy decision that has to be taken by the Government and accepts the contention that patent linkage is a TRIPS plus concept.

Generic drugs are not spurious:
At the stage of application for permission to manufacture or market the drug, the only determination under Section 17 B (a) DCA that can be made is with respect to similarity in the brand names. The Section deems drugs to be spurious “if it is an imitation of, or is a substitute for, another drug or resembles another drug in a manner likely to deceive..”. Generics unlike spurious drugs use their own brand name and label. It was held that the words imitation and substitute have to read in conjunction with “in a manner likely to deceive”. Bayer’s interpretation would also lead to the back door entry of penal provisions with respect to infringement.

Conclusion:
Patent linkages are unlawful in the European Union and the European Union Competition Authority’s Report on the Inquiry into the Pharmaceutical Sector (click here for a detailed post on the same) categorically criticized patent linkages. Patent linkages cause huge costs to both the consumers and governments which sponsor healthcare. The DCA should serve only to prevent adulterated drugs from entering the market and cannot be used against generic drugs.

Reiterating from my previous post,
A system which permits patent linkage is detrimental to immediate generic entry and the interests of generic manufacturers for the following reasons:

(ii) It can lead to multiple proceedings against the generic manufacturer. This will to wasted time and resources in litigation.

(iii) The system breeds uncertainty with respect to the legal status of the drug.

(iv) Including ‘generic drugs’ under the definition of ‘spurious drugs’ will lead to bolstering the misinformation campaign of branded drug manufacturers against generic drugs.