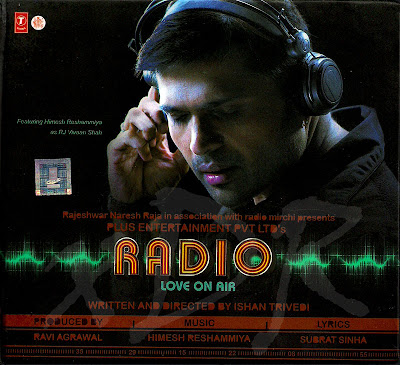 The CL rates have been pegged “low” (when compared with the rather exorbitant rates that sound recording produces such as T series were demanding), owing to a “public interest” in the broadcast of content by radio stations.

Given the still inconclusive evidence on the nexus between copyright and the rate of creativity…and more importantly, the damning evidence that sound recording companies and collecting societies don’t necessarily act in the interests of creative artists’, a low rate is not really going to kill the sound recording industry…

However, public interest is a double edged sword. And if radio stations now leverage this concept to their benefit by availing of low CL rates to be dished out to content producers, one hopes that this very same concept will force them to deliver more content of a “public interest” variety as the years go by. The terms and conditions of the license granted to these radio stations clearly specify that they are to encourage and foster local “music” talent (as opposed to merely dishing out Bollywood item numbers). Therefore, the same “public interest” saber may be wielded in future to take them to task, should they fail on this count.

Legal Competence of the Copyright Board?

Secondly, the Supreme Court had in a recent case (Union of India vs R Gandhi) held that a judicial body must have members that are reasonably independent of the executive. The Copyright board is staffed (in the majority) by law secretaries and the like–folks that, for the most part, act at the behest of the executive.

We detail out some of these objections to the constitutionality of the current copyright board in our submissions to a Parliamentary Standing Committee.

However, where does all this leave us? We’ve come a good 9 years since the copyright board first began hearing this matter. We’ve had 18 counsels represent the interests of various parties in this case. And presumably none of these counsels did it for free (for the love of radio) but must have billed by the hour…or the minute as the case may be.

We’ve had the case yo-yo between the copyright board and the courts.. more times than one. We’ve had the Supreme Court admonish the Copyright board for arriving at a fanciful needle hour figure, sans any reasoned explanation of how they got there.

And now we finally have a decision by the board, rendered after countless hours of sittings, standings, examinations, cross examinations, arguments, counter arguments, rebuttals, sur-rebuttals and last but not the least, expert witness testimony…that must have cost the moon and various other parts of our wonderful galaxy.

It will be a great tragedy, if the entire process stands vitiated and has to be redone from scratch. Imagine the wasted time and resources …surely all the money spent on this legal saga could have helped us establish a permanent copyright board..with a couple of branches perhaps, with latest state of art copyright libraries (dare I say digital ones at that), and some competent board members and staff.

And this brings us to the doctrine of necessity. Even if a court were to disband the current copyright board as one that is constitutionally flawed, the decisions of such a board are likely to be preserved under the doctrine of necessity. In other words, the court is not likely to hold the board decision and all of its findings as null and void (in a manner similar to the contractual concept of void ab initio).

However, such a board, once declared legally unfit, cannot sit in and decide future copyright disputes. It is pertinent to note that the government has now constituted a committee to recommend ways to better the composition (and working) of the copyright committee. Interestingly, all members of this committee are lawyers representing various clients in this compulsory licensing dispute, namely Neel Mason, Ameet Datta, Jagdeesh Sagar and Pratibha Singh.

What if the copyright board order is appealed (and there is every likelihood that it will be challenged this week itself).

Would the court then hold that no “deference” be given to any fact finding done by the Board? Those in the know of administrative law norms may be familiar with the age old and time tested law vs fact distinction…one that I am still unable to comprehend: aren’t all legal propositions really “facts”, albeit of a certain specific kind. The distinction becomes particularly problematic when we consider “mixed questions of law and fact”, a nebulous category ingeniously invented by lawyers to open up any factual issue that wouldn’t warrant interference otherwise.

Anyway, standard admin law norms suggest that courts are to defer to agency expertise when it comes to issues of “fact, and cannot reopen them unless there is a manifest error on the face of the record. However, in so far as issues of law are concerned, courts are free to review them de novo. Given the flawed constitution of the copyright board, woul d the court decide to not grant any deference to issues of “fact” that have been determined at the first instance by the Board? If such facts could be reopened by counsel, would it lead to a re-enactment of the entire saga once again before the courts?

I believe there is a recent case where a TRAI order had been appealed to a court in the first instance. Since this was the first appeal, the court appears to have held that it could review both questions of law and fact afresh. I’m hunting around for this decision and will bring you more on this once I find it. Alternatively, if any of our readers are in the know of this decision, please do let us know.

As to whether or not an appellate court hearing this particular compulsory licensing matter will adopt the above ruling and reopen all issues of fact (and perhaps even remand the case to a freshly instituted copyright board for specific factual determinations) remains to be seen.

The board decision does not address another tricky legal issue. The only party that can effectively be bound by the current order is PPL. However, the order is worded in broad terms to cover all other music copyright owners. While one may argue that the same terms ought to bind T series as well (i.e 2% of ad revenue to be paid to them), one is not certain if similar terms would bind IPRS which collects on behalf of copyright owners over underlying musical works and lyrics. IPRS was and has never been party to the current proceedings (unlike T series which was a party but which worked out a private deal with one of the radio stations and whose matter was therefore divorced from the main proceeding). More importantly, it represents a different set of copyright interests (that of underlying copyright owners and artists) than sound recording copyright owners. Would the same 2% hold good here as well? Hopefully all these issues would be resolved in the days to come.

In any case, this saga is likely to drag on till 2011 and complete at least a decade of legal trials and tribulations. And is sure to go down in the annals of history as one legal rhapsody that entranced not just a band of lawyers, but the public at large (whether or not this merits categorisation as “public interest” strictu sensu).

ps: many thanks to Vivek Reddy, my co-blogger at LAOT, and an upcoming litigator from Hyderabad, for pointers on the TRAI decision and the standard of review.