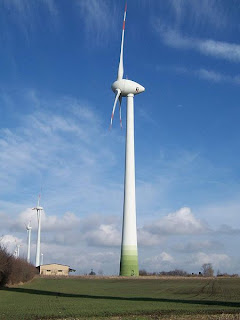 Over the last few months we have carried a few posts on a massive patent battle between Enercon India and its JV partner Enercon GmBH, one of the largest players in the wind-turbine market. The genesis of the dispute has been discussed by us over here. All the Enercon GmBh patents are held in the name of Dr. Alloy Wobbens the founder and CEO of Enercon GmBH.
Image from here.

Enercon India had challenged 23 patents belonging to Dr. Alloy Wobbens in the year 2009 by filing revocation petitions before the Intellectual Property Appellate Board (IPAB). After hearing both parties through October and November, 2010, a bench of the IPAB, consisting of Mr. S. Chandrasekharan sitting as Technical Member and Ms. S. Usha sitting as Judicial Member revoked 12 of the patents. The remaining petitions will be heard after a new technical member has been appointed by the Central Government since Chandrasekharan has now retired from the IPAB.