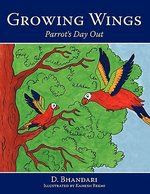 The IPAB website is finally hosting the Enercon Orders over here.

It has recently come to our notice that Dr. Wobben, the owner of Enercon GmBH has filed a appeal before the Delhi High Court against the Orders of the IPAB striking down 12 patents belonging to Dr. Wobben. (We’ve blogged about these orders over here and here)The appeal, invoking the writ jurisdiction of the Delhi High Court, was heard by Justice Murlidhar, who has recorded in his order, dated 4th February, 2011 that the petitioners themselves had asked for the writ petition to be transferred to the Original side of the Delhi High Court hearing the patent infringement suits filed by Enercon GmBH. The Judge consented and transferred the petition to the Judge hearing the infringement suit bearing number C.S.(O.S.) 1349 of 2009. In pertinent part the Judge notes the following:

2. It appears to this Court that in order to avoid possible conflict of orders, it would be in the interests of justice to have this petition also heard along with the suits. The question of granting any interim relief will be considered by the said Court. Accordingly, it is directed that the present writ petition also be placed for consideration before the same Court on 21st February 2011 before which CS(OS) No. 1349 of 2009 (Dr. Aloys Wobben v. Yogesh Mehra and Ors.) and other connected suits are pending subject to the orders of Hon?ble the Chief Justice.

The order, transferring the writ petition to the judge hearing the infringement suit, itself makes little sense since there is no way the Judge, who is sitting as a civil court, while hearing the suit, can exercise the powers of a writ court.

Can writ courts hear appeals against private parties?
A more pertinent question at this point, is whether High Courts can even issue writs against orders of the IPAB, that have adjudicated disputes between private parties. As of now every tribunal in India, with the exception of the IPAB, adjudicates disputes between the government and private parties. Therefore, it is possible for High Courts to hear appeals against such matter invoking its writ jurisdiction because writs can be issued only when one of the parties involved is a ‘state’ as defined in Article 12 of the Constitution.

For example if the IPAB decided a case against a private party who had appealed to it against the decision of the Patent Office then in case the High Court can entertain an appeal because the ‘patent office’ is within the definition of ‘state’ as per Article 12 of the Constitution.

However in the present litigation both parties are private parties not falling within the definition of ‘state’. The only manner in which they could have appealed, as was the case in the earlier Madras High Court case, was to make the IPAB itself a party to the litigation, through its Registrar.

The Madras High Court has been entertaining writ petitions of this nature but the question is whether it is right in doing so.

It is a moot question as to whether tribunals and courts fall within the definition of ‘state’ as understood by the interpretation of Article 12 of the Constitution. There have been some cases on this point but very few.

If we were to strictly apply this logic then the Registrar of a High Court should be made party to any appeal before the Supreme Court and that is prima facie ridiculous.

This brings us to the question – what kind of appeal does Wobben/Enercon GmBH have against the IPAB’s orders? The answer is my opinion is a Special Leave Petition (SLP) before the Supreme Court. Article 136 of the Constitution which is the enabling provision for SLPs reads as follows: “(1) Notwithstanding anything in this Chapter, the Supreme Court may, in its discretion, grant special leave to appeal from any judgment, decree, determination, sentence or order in any cause or matter passed or made by any court or tribunal in the territory of India.”

The limitation period to file a SLP before the Supreme Court expires on the 2nd of March, 2011 i.e. 3 months from the IPAB’s orders in majority of the Enercon orders. However four orders were delivered between the 16th and 18th of November, 2011 which means the limitation period is already done, subject to of course Court holidays and time to procure certified copies. Of course, there is always the ever-friendly Section 5 of the Limitation Act, 1963 but let us not get in to that now.