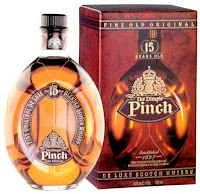 Scotch Whiskey of Scotland has been accorded geographical indication status by the Geographical Indication registry. This is the fourth product from across the border to be accorded GI status in India. The Scotch Whiskey was accompanied by local products; Byaadgi chilli from Karnataka, Khandua saree and fabrics from Orissa, Phulkari from Punjab, Haryana and Rajasthan, Payyannur Pavithra Ring from Kerala among others.

The other GIs from abroad that have been registered in India are Pervian Pisco from Peru, Champagne from France, Napa Valley wine from USA and Scotch Whiskey of UK in that order. Foreign products began to be registered as recently as 2009. We are likely to see more GI registrations of products from Europe in the near future. A detailed note on the importance given to GIs by Europe can be found here. The increase in registrations of foreign products can be attributed to the growing marketing opportunities in India, particularly for luxury goods. With this also comes the need to secure the jobs of workers in the industry.

The most recent local product to obtain the GI tag was the Byaadgi Chilli of Karnataka. The Byaadgi chilli is not only an essential part of kitchens across Karnataka but is also significant in the Oleoresin industry. This is used in the food, cosmetics, confectionary and beverage industry. The other local chillies to be registered are Naga Mircha of Nagaland and Guntur Chilli form Andhra Pradesh. The southern states of Karnataka (29), Kerala (20), Tamil Nadu (18) and Andhra Pradesh (16) dominate the GI registry.

Click here for more posts on GI registration in India.

The Scotch whiskey pic from here.