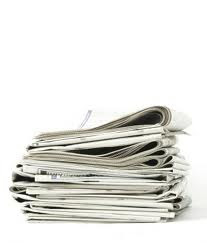 The New York Times, the Financial Times and the German Times have all carried stories on Enercon GmBH’s dispute with its Indian partner. We have blogged about the Enercon patent disputes over here and here.

The New York Times carried a fairly balanced piece describing the genesis of the dispute between Enercon GmBh and the Mehra Group; a dispute which eventually cost Enercon GmBH 12 of its patents which were successfully challenged before the IPAB. It also speculates that the dispute may have clouded India’s image in Germany as a favourable investment destination especially since the dispute has been widely covered by the German press. Enercon GmBH’s lawyer Mr. Knottnerus-Meyer has been quoted as saying that his company considers the joint-venture – Enercon India – as a lost investment despite owning the majority stake and that, they do not seek to re-enter the Indian market. As of now it appears that they only want to protect their patents and trademarks in India without conducting any business over here. The NYT piece however balances this out by pointing to Enercon’s history of misadventures in the U.S. wherein they tried suing for patent infringement and ended up being barred from the U.S. market for a few years. Add to this their misguided adventure in the U.K. where they tried to sue for infringement but ended up having their patents revoked and I’d be tempted to claim that Enercon’s karma has come back to bite them in their backside.

The Financial Times reports that the dispute has the potential to disrupt Indo-German economic ties especially since the German Trade Minister has already written to the Indian Commerce Minister warning him of the same.

The piece in the German Times repeats the same old nonsense about how the revoked patents were considered inventive in other jurisdictions like the U.S., Europe and Japan. The journalist was obviously not aware of the U.K. case where Enercon GmBH actually admitted to its own patents being invalid! The German Times also reveals that an industrial spy was arrested from one of Enercon’s German plants and eventually convicted for industrial espionage.

All three pieces also report on something which I was unaware of until now and that is the fact that the Mehra Group had filed a police complaint in the year 2009 against the management of Enercon GmBH and that the Mumbai Police actually took in two Germans for questioning on charges that they were conspiring against the wealth of the Mehra Group. Nobody was however arrested. A search of the Bombay High Court website reveals that Enercon’s subsequent writ petition led to a landmark judgment in criminal law. The judgment is available over here and it names both Dr. Wobbens and his lawyer Mr. Knottnerus-Meyer as the petitioners, which I guess means that they were the accused. The Bombay High Court is yet to decide whether the police can even begin an investigation against the Germans. The High Court is empowered to quash any police investigation if it finds that it is being conducted without any real basis in law.

It is most unfortunate that the Mehra Group involved the police in this commercial dispute. It is even more unfortunate that the idiotic laws of this country allow for such police investigations into what are primarily commercial disputes that should be the subject of civil courts and not police stations. Patent revocations are eminently defensible, criminal investigations into a shareholder tiff are not as defensible, atleast to an international audience. I wouldn’t really blame German companies who think a thousand times before entering the Indian market.