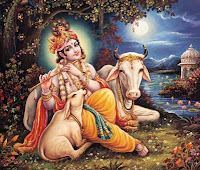 The Delhi High Court once again examined the prima facie validity of a registered mark in its judgment in Bhole Baba Milk Food Industries Ltd v. Parul Food Specialities (P) Ltd. The Court had to decide plaintiff’s application for interlocutory injunction qua use of word “Krishna” (which is part of its registered mark) in the label mark “Parul’s Lord Krishna” of the defendant. A similar examination of registered mark was earlier carried out in Marico Ltd v. Agro Tech Foods Ltd which we covered here.
[Note – Analysis of this case is limited to the issue of determination of prima facie validity of registered mark.]
Arguments
The plaintiff claimed exclusivity over its registered mark “Krishna” under class 29 (Registration nos. 599070 & 783679). Citing prior continuous use of the mark and the substantial demand for the goods, the plaintiff argued that the mark became “well known” within the meaning of Section 2 (zg) of the Trade Marks Act, 1999.  Since registration of trade mark is prima facie evidence of its validity, injunction was contended as an entitlement against the defendant as a matter of right. Further, it was contended that the use of impugned mark exemplified mala fide intent for seeking the benefit of goodwill and reputation inalienably connected with plaintiff’s marks. The defendant, on the other hand, contended that the name “Krishna” is quite common in the Indian context. Since the word “Krishna” is preceded by words “Parul’s Lord”, the defendant characterized its mark as a “qualified mark”. Further, it was forcefully contended that the registration in favour of a party would not preclude the Court from examining its prima facie validity.
Judgment
Justice Rajiv Shakhdar noted that the Court, at the final stage, would have to determine the secondary distinctiveness of the mark. Contradicting himself (in the same paragraph 14.5), at this interim stage, he concluded that the name “Krishna” which is as common as “John” used in the West, could not achieve secondary distinctiveness. Thus, prima facie, the trademark “Krishna” ought not to have been registered. Further, the mark “Parul’s Lord Krishna” prima facie did not elicit dishonesty / mala fide. The Court modified its earlier interim order to the extent that the defendant could use “Parul’s Lord Krishna” provided the prefixes “Parul’s” and “Lord” had the same font size and prominence as that of “Krishna”.
In essence, the submission – having obtained registration, the plaintiff could seek injunction as a matter of right – was categorically negated. It was held that the Court could examine prima facie validity of registration – citing S. 9 (Absolute grounds for refusal of registration), S. 30 (Limits on effect of registered trade mark) and S. 35 (Saving for use of name, address or description of goods or services) of Trademarks Act and the judgment in Marico Ltd v. Agro Tech Foods Ltd. 169 (2010) DLT 325.
I intend to question the rationale behind this approach:
Firstly, the judgment completely overlooked S. 31 of the Act. As per S.31, registration is prima facie evidence of its validity. In other words, the statute has expressly prescribed a certain degree of evidentiary standard for registration. One of the tests for exercising discretion in granting interim injunction is to determine whether the plaintiff has a prima facie case or not. In the light of prescribed statutory standard attached to registration viz., registration being prima facie evidence of its validity, a yet another determination of prima facie validity of mark is ultra vires the statute.
Secondly, the rationale in Marico Ltd v. Agro Tech Foods Ltd. which was relied upon by the instant judgment is dubious – specific to the context of S.124(5) of the statute.  Interpreting S. 124(5) broadly, it was held that the Court can examine the prima facie validity of a registered mark at an interim stage. I intend to disagree with this interpretation.
As per S.124(5), the stay of suit for the infringement of a trade mark shall not preclude the court from making any interlocutory order (including any order granting an injunction) during the period of the stay of the suit. In the light of S. 31, S. 124(5) cannot be given an overriding effect. If S. 124(5) is given an overly broad interpretation as in this judgment, the validity of a registered mark can be examined at an interim stage which is essentially a prima facie examination. This renders S. 31 virtually otiose since registration is prima facie evidence of its validity. This goes against the well-settled principle of statutory interpretation viz., not to adopt an interpretation which renders a provision otiose. Therefore, applying the principles of harmonious interpretation, the power to grant “any interlocutory order” should not include an order pertaining to the determination of prima facie validity of the mark.
The impugned mark may be a weak mark. It may deserve removal from the Register. In fact, the judgment noted that the impugned mark “Krishna” has been the subject of several registrations under the same class – some even preceding plaintiff’s registration (paragraph 14.3)!! Many may be wondering how the mark found its way to the Register. But it is an altogether different matter from the legal perspective. Rule of law demands abidance by a standard prescribed by law. Thus, at an interim stage, the prima facie validity of a registered mark should not be examined except when provided by the statute – for instance, S. 124 (1)(b)(ii) provides for examination of prima face validity of the mark for adjournment of case for a period of three months from the date of the framing of the issue in order to enable the party concerned to apply to the Appellate Board for rectification of the register.