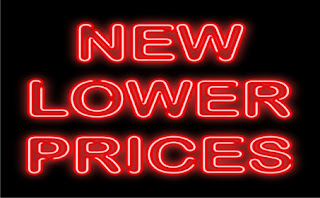 In a welcome move, some of the world’s largest pharmaceutical companies like GSK, Merck, Johnson & Johnson & Sanofi Aventis have finally agreed to slash the prices of key vaccines such as the rotavirus vaccine by over 67% for some least developing countries. These companies will however continue to charge existing rates in developed countries. (Image from here)

Big pharma has traditionally been very, very averse to differential pricing i.e. charging different prices in different countries. The primary reason for this aversion is the fear of what is called as a ‘reference price backlash’ wherein pricing regulators or consumers in countries where higher prices are being charged demand that they be charged the lowest possible prices that are being charged in the least developed countries. This can be evidenced in the comments section of this BBC article, where some of the developed countries citizens have objected to this cross subsidy.

This decision to slash vaccine prices followed close on the heels of UNICEF publishing details of the pricing details of all the vaccines it was procuring from different companies Apparently, the price differences for some of these vaccines was simply shocking.

It remains to be seen whether these pharmaceutical companies implement such price cuts beyond vaccines. The procurement of vaccines these days by global agencies is in bulk, allowing for pharmaceutical companies to drop prices by achieving economies of scale. There is nothing new in this model as Cipla had proved ages ago that the key to cutting prices is bulk orders, advance payments.

Whether big pharmaceutical companies can replicate this model for other classes of drugs remains to be seen.