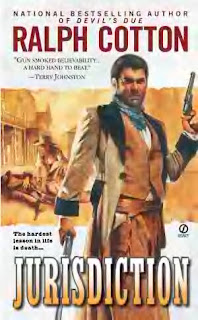 One of the peculiarities of the Copyright Act, 1957 is Section 62 which provides copyright owners and their licensees an exception to the normal rules of jurisdiction enshrined in Section 20 of the Code of Civil Procedure, 1908. Section 134 of the Trade Marks Act, 1999 is similar to this. According to the CPC, which usually governs civil litigation, the plaintiff can file a civil suit only in the court within whose jurisdiction the defendant resides or the court within whose jurisdiction the cause of action arises. Section 62 of the Copyright Act, however turned this principle on its head and allowed Plaintiffs to sue alleged infringers before a Court within whose jurisdiction the Plaintiff himself resides or carries on business. Therefore if the Plaintiff was residing in Delhi and the alleged infringer was in Hyderabad, the Plaintiff could sue the latter for copyright infringement in Delhi. The reason for this provision was probably because back in 1957 it was presumed by Parliament that independent copyright owners would be disadvantaged if they had to travel around the country to file suits against each and every defendant. Given the very nature of copyrights they can be infringed in multiple jurisdictions at the same time.

Now Section 62 of the Copyright Act has been the subject of several conflicting and contradictory judgments from the Delhi High Court. At least two Division Bench judgments in the Sanjay Dalia case and the Archie’s case tried to negate Section 62 by using the principle of forum non-conveniens. Other Division Benches (Heinz case) have interpreted Section 62 literally.

The issue however that I want to discuss is the manner in which this provision can be used foreign copyright owners or to be more precise foreign software copyright owners such as Microsoft, Adobe, SAP, Autodesk etc. All these companies have been filing copyright infringement suits regularly before the Delhi High Court for the last decade and their enforcement campaigns have met with stunning success partly because they have managed to build up an excellent team of law firms in Delhi to prosecute on their behalf. One hiccup in their campaign was the case of Microsoft v. Dhiren Gopal where Justice Dhingra, now retired, passed a stinging judgment against Microsoft accusing it of forum shopping wherein it would sue defendants from other cities in Delhi despite the fact that Microsoft had offices in those other cities. The decision was widely reported in the media and the blogs. A Division Bench of the Delhi High Court however stayed Justice Dhingra’s judgment because it had gone over-board in its criticism. For reasons best known to Microsoft it never advertised the fact that the Division Bench had passed such an order. Since the Order is unavailable on the website of the Delhi High Court, I cannot give you a link to the same. Microsoft managed to sue defendants from Hyderabad and Bangalore before the Delhi High Court on the basis of Section 62 of the Copyright Act i.e. it was residing and carrying on business within the jurisdiction of the High Court.

The million dollar issue however is whether companies like Microsoft, Adobe and SAP are actually residing and carrying on business within the jurisdiction of the Delhi High Court. I ask this question because all these companies file their law-suits with the foreign corporations as the first plaintiff i.e. Microsoft Corporation, Adobe Systems Incorporated, Autodesk Incorporated, SAP Aktiengesellschaft are named as the first party. The Delhi High Court website does not allow its viewers to read the names of the second plaintiffs but I am guessing that it’s the Indian subsidiaries who are the second plaintiffs otherwise they will not be able to claim Section 62 jurisdiction since most of these foreign corporations do not function directly in India. The reason that foreign corporations are made the first plaintiff is because they most probably are the owners of copyright. For example the Windows Vista and MS Office on my system claim to be owned by Microsoft Corporation which is an American company. Even the MS Office which I bought in Hyderabad claims to be owned only by Microsoft Corporation i.e. the U.S. Company. There is no claim of an exclusive licencing agreement between Microsoft Corporation and its Indian subsidiary – Microsoft Corporation India Pvt. Ltd. The possible reason for no licencing agreement is that subsidiaries are not to be trusted with IP and also tax becomes a major issue if the copyright is licenced to the Indian subsidiary. I’m guessing that the remaining software companies follow the same practice.

The question therefore is whether foreign corporations which are owners of the copyright can claim to be residing or carrying on business within the jurisdiction of the Delhi High Court through their wholly owned Indian subsidiaries and therefore benefit from Section 62 of the Copyright Act, 1957?

I know what the software companies are going to answer but let’s just play devil’s advocate for a moment and look at the two possible arguments.

First argument: If a foreign corporation is the owner of a copyright and it has not licenced the same to its Indian subsidiary then in that case how can the Indian subsidiary be included as plaintiff No. 2 in these law suits? It has absolutely no cause of action for copyright infringement against alleged infringers since it is not an owner of copyright or even an exclusive licensee (the only two classes of person who can file infringement suits under Section 55 of the Copyright Act.) And if the Indian subsidiary, located in Delhi is not included as a Plaintiff then the foreign corporation cannot claim jurisdiction before the Delhi High Court under the guise of Section 62(2) of the Copyright Act, 1957.

Second argument: A foreign corporation can always claim that they are carrying ‘on business’ within the jurisdiction of the Delhi High Court on the basis of the fact that their software is sold in Delhi through authorized agents. However if you were to go by the ‘explanation’ to Section 20 of the CPC, which I reproduce as follows: A corporation shall be deemed to carry on business at its sole or principal office in 3[India] or, in respect of any cause of action arising at any place where it has also a subordinate office, at such place. Foreign Corporations can enter India through a wholly owned subsidiary incorporated under the Company’s Act, 1956 BUT then the wholly owned subsidiary is a separate legal entity and cannot be considered to be a part of the foreign corporation or even a subordinate office. Therefore even if the foreign corporation has a wholly owned Indian subsidiary operating within the jurisdiction of the Delhi High Court it cannot claim the privileges of Section 62 of the Copyright Act, 1957.