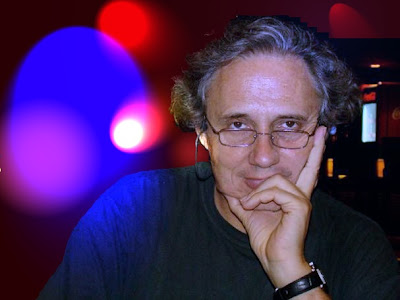 A series of decisions emasculating the rights of some of our finest creators (music composers and lyricists) have confounded many of us.
First it was the Kerala High Court. Then the Mumbai High Court. And the latest in this blunderful series is a Delhi high court decision that falls prey to the same jurisprudential folly that assumes that when a song is broadcast, there is no violation of the underlying rights of music composers and lyricists.

We’ve requested our popular guest blogger, Nikhil Krishnamurthy to pen his thoughts on this decision.

In the meantime, let me bring you a very heartfelt (stream of consciousness) piece from Achille Forler, the Managing Director of Deep Emotions, a music publishing company based out of Mumbai. In his own quiet way, he’s been at the forefront of a slow revolution to help strengthen the rights of creators in India.

Though not a lawyer, Achille appreciates the subtleties of copyright law better than most IP lawyers that I know of. He is a French national who’s been living in India for over four decades now. His multifaceted biodata begins with a stint in graphic arts and cultural management (organization of art exhibitions, artist touring, etc.).

He then donned the robe of a public servant, where the French government put him in charge of their creative industries (during the course of which he learnt how to translate discernible currents of change in media industries and media technologies into public policies).

And finally, he took on the mantle of an entrepreneur and has since 1995, established the business of music publishing in a passive and fairly hostile environment.

Here is the uncut and uncensored version of what Achille had to say after hearing of these cataclysmic judicial developments in a country that he now calls home.

“I am not a lawyer. I cannot use legal arguments to counter the judgements in Kerala, Mumbai and Delhi which divest authors of their rights in favor of the producer/record label whenever they authorize their songs to be recorded.

But I have been a music publisher for almost two decades, I know how the business functions globally, I know the sources of income of authors and how they make a living from their creations. With great difficulty for most of them. Equally important, I know that copyrights did not fall from heaven but authors and their publishers had to wage numerous battles against powerful vested interests for over 2 centuries.

We know that the assault on authors’ rights goes on as ever – file sharing, ISPs, competition law, industry concentration, etc. – but nowhere in the world is it as vicious as in India. Nowhere in the world has any judge decided that creators are laborers and their work can only be work-for-hire (contract of service, SC 1977) on the argument that they are commissioned and work for valuable consideration.

There is very little creative output in the world that is not commissioned; since copyright is generated by creation and not by ideas, how can ownership of a work be attributed to the one who has the idea and not to its creator? And do creators have to work for “no valuable consideration” if they are to retain their rights – I.e. pass the hat around like in the good old pre-copyright days?

Again, I am not a lawyer but I know that all you can record is silence if there is no song. No song, no music industry. No song and radio will be talk show. When I listen to the radio I hear the lyrics and the tune of my songwriters. By what logic are my songwriters prevented to use recording technologies to communicate their works to the public and restrict them only to live performances? By the same logic, they should also lose their rights when someone else performs their songs, the only difference being the support: mechanical for one, vocal for the other.

Again, why are copyrights painted as negative – the right to prevent the exhibition of a film (IPRS’s Sen’s arguments in SC 1977) or the broadcast of a sound recording (Kerala, Mumbai)? Haven’t these people heard about licensing? Once a license is given – mechanical or sync – where is the scope for the author to prevent the exploitation of what he has authorized? Copyright is the right for remuneration. If you divest an author of this right, on what basis can he claim remuneration? Authors never prevent the exploitation of their works but they claim to be paid when someone else makes commercial use of them.

The copyright system is the simplest and fairest commercial system in the world. It rests on this simple equation: creation, communication, remuneration. It is fairest because it is based on proportional revenue sharing.

I want to asked these three learned judges the following questions:

1. What is wrong with the global copyright system that you feel the need to invent a new one?

2. How will the royalties flow globally in your new system? Rights that do not exist in India cannot spring up elsewhere, right? So Indian literary and musical works cannot be remunerated outside India except for live performances. But what about the performing and mechanical rights of international repertoire, they do have a legal existence in the rest of the world: how will you treat them in India under the Berne Convention and TRIPS?