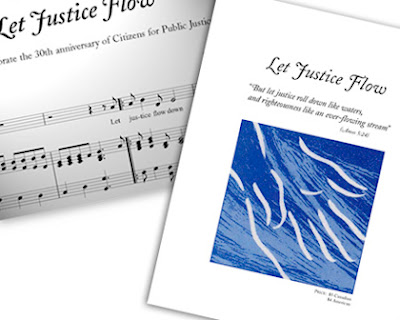 It all began with a 1977 Supreme Court decision, where a judge, for reasons best known to him, interpreted the law relating to Bollywood music in a manner that effectively emasculated the rights of music composers and lyricists. His brother judge, known otherwise for standing up for the under-dog in language often reminiscent of “poetic” justice, remained largely silent (by his “verbose” standards).
Fast forward a couple of decades and we have two collecting societies (IPRS and PPL) that enter the scene and master the art of “fleece” within no time: had section 375 of the Indian Penal Code (IPC) been worded liberally enough, they might have faced criminal sanction. The government finally woke up (thanks to the courageous advocacy of Javed Akhtar and a leading copyright lawyer), and sought to redress the historical injustice by mandating a largely controversial sharing of royalties. One would have thought the tide was slowly changing.

Unfortunately, a Mumbai High court judge is attempting, à la King Canute, to stop the flow of the changing tide, forcing it to beat a hasty return to its old exploitative path.

For those that are still in the dark of that which I speak about, let me refer you to a Times of India article that reports on a recent decision that effectively completes the process of emasculation that I referred to at the start of this post:

“In a setback to music composers and lyricists, the Bombay high court….. ruled that the Indian Performing Right Society Limited (IPRS), a body that safeguards the copyrights of music composers and lyricists, was not entitled to claim or demand royalty or licence fees from a private FM channel for the recorded song and music it plays on its radio station. This means that the FM stations would now have to only deal with Phonographic Performances Limited for obtaining a licence to play the music.”

Let me also refer you to a Bar and Bench piece which encapsulates my key objections to the Mumbai High Court decision:

“While the judgment is quite lucid and rehearses the various arguments and counter arguments in a very articulate manner, the judge unfortunately got the law wrong. The making of a sound recording does not extinguish any of the underlying rights in the music and lyrics (these underlying rights continue to vest with music composer and lyricist). When a song is broadcast on an FM channel, both the rights in the sound recording as also the right in the underlying works are implicated. And the FM radio station has to pay two separate license fees (one to IPRS which collects on behalf of underlying artists and the other to PPL which collects on behalf of sound recording copyright owners).

It is pertinent to note that the Indian government has taken note of the historical exploitation of Bollywood lyricists and music composers (underlying authors) and attempted to redress the injustice through proposed amendments to the copyright act that provide for compulsory sharing of royalties. Contrast this attitude with the present judgment which effectively perpetrates grave injustice against underlying authors by denying them their rightful license fees.”

The Mumbai High Court judge harps, time and again, on how sound recording companies (that have acquired the license from owners of underlying works such as lyricists and music composers to create the sound recording) need not repeatedly ask for licenses from underlying artists each time they sell a CD containing the copyrighted recording. And therefore it must logically follow that they need not do the same any time a song is broadcast (on FM channel or otherwise).

The very concept of a “license” itself ought to have alerted the judge to the jurisprudentially flawed nature of his reasoning. In other words, the terms of the license between underlying artists and the sound recording company determines the extent to which a recording company is able to exploit the song, and particularly the underlying works.

Given that songs are effectively exploited in their “sound recorded” form across different mediums, a denial of the right to share in the proceeds of such exploitation in favour of underlying artists’ is downright unjust. And must be redressed at the earliest.

Asked what he believed his life song was, the inimitable Belafonte once remarked: “The same melody. It just needs to be sung again. What it needs are more voices of harmony. It’s a beautiful chord that everybody gets to sing in the same place at the same time with the same purpose. The song is the same: justice.”

One can only hope that the appellate court sets the course of justice right…and with it, the fortunes of a talented community that has been at the receiving end for far too long.

ps: Prashant and Sumathi referred me to this Kerala HC decision which arrives at a similar result (that IPRS has no right to claim royalties over FM broadcasts), but does so solely through a reliance on the 1977 Supreme Court decision (which effectively held that absent an express contract, the film producer is effectively the first owner of copyright over music and lyrics created for the movie).