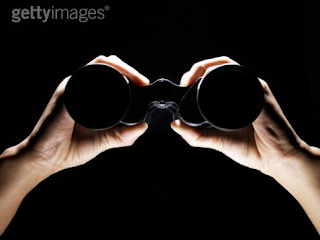 In April last year we had carried our first post on the Bayer-Cipla litigation. This particular lawsuit was unique because Justice Bhat had fast-tracked the case with some unique innovations. While we have covered the progress in the litigation we have not really covered the arguments being put forth by both the parties to this litigation. In this post, Ms. Taapsi Johri, an experience patent lawyer, who has represented several originator pharmaceutical companies, has written us this in-depth analysis of the arguments being raised in this case. We will be having some more follow up posts from Taapsi in the near future. Image from here.

Taking a closer look at the Nexavar litigation

Picking up from Prashant’s last post, this post will take a closer look at the Bayer v. CIPLA litigation over Bayer’s patent for Sorafenib (Nexavar). But before we begin here is a brief round up of the events up till now.

I. The story so far

The last significant moment in this litigation was when J. Ravindra Bhatt framed questions on which the scientific experts appointed by the Court were to submit reports to assist the court. The matter was then listed on 23rd March 2011. As of 23rd March 2011, the court appointed experts had filed their reports, both parties had sought time to analyze the reports and the matter was adjourned to 5th May 2011. The next effective date was 13th July 2011 when the Court considered a request made by the Plaintiff to refer one of the issues framed on 16th November 2010 to the technical experts. Their assistance was sought on issue no. 2(e) which deals with the objections raised by the Defendant on failure of the applicant to comply with Section 8 requirement and a request was made that an additional report be submitted on this aspect. The Court observed that at the present stage of the suit there was no need for such an evaluation and it can be deferred to a stage after the Defendant has led evidence. Justice Gita Mittal stated that the Plaintiff could raise an objection at that time, if necessary. The Court then granted time to the parties to conduct admission denial of documents.

Now that we have taken upon ourselves this task of following this litigation closely, let’s begin from where it all started.

The dispute between Bayer and Cipla is over a pharmaceutical product, N-(-4-chloro-3-(trifluoromethyl) phenyl)-N’-(4-(2-(-N-methylcarbamoyl)-4-pyridyloxy) phenyl) urea, called Sorafenib and its pharmaceutically acceptable salt Sorafenib Tosylate. It is used for treatment of primary kidney cancer and advanced primary liver cancer. The Plaintiff obtained a product patent for the drug under Indian patent number 215758 dated 12th January 2000, (Indian application was filed on 5th July 2001 and Indian patent was granted on 3rd March 2008) titled “CARBOXYARYL SUBSTITUTED DIPHENYL UREAS”. Sorafenib is imported by the Plaintiff’s Indian subsidiary (Bayer Polychem) in the form of Sorafenib Tosylate and marketed under the brand name “NEXAVAR”. In February 2010 the Defendant, CIPLA, announced the probable launch of a generic version of Nexavar. The Plaintiff has sued the Defendant for infringement of its patented product exercising its rights under Section 48 of the Indian Patent Act and has prayed for permanent injunction against the Defendant and damages.

The claims of the Indian patent are available over here.

The Defendant, Cipla’s submission is that they have been manufacturing and marketing Sorafenib Tosylate tablets under the brand name SORANIB since April 2010. The Defendant’s case is based on showing a credible challenge against the validity of the patent. In addition to raising defenses in the Written Statement, the Defendant has also filed a Counterclaim praying for revocation of the Plaintiff’s patent. There is also a post-grant opposition pending against the Plaintiff’s patent application.

As we know, proving invalidity of a patent is a defense to infringement. What is interesting to note is that in most Indian Patent litigations the Defendant does not spend too much time on asserting non-infringement. Their line of defense is limited to challenging the validity of the patent. Since recent case laws have refused an interim injunction in cases where the accused has raised a credible challenge against the patent, the initial hurdle of an interim injunction is easily crossed by simply throwing every section that is available in the Patent Act as a challenge to patent validity. We have seen numerous instances in recent past where the Defendants have openly declared that their product is based on the patented drug. So, if any Patentee has the good luck and immense good fortune of overcoming an invalidity challenge, what would be left is a case of admitted willful infringement by the Defendant.

The Defendants have challenged the validity of the impugned patent on various grounds. I will try and briefly discuss them:

The Defendant has relied upon certain prior art documents (US5773459 and US4904668) to show that the impugned patent of the Plaintiff is obvious to a person ordinarily skilled in the art (POSA).

According to the Defendant, while these two patents do not explicitly disclose Sorafenib, they provide motivation to arrive at compounds having structural similarity with Sorafenib. The Defendant has made various submissions asserting that the Plaintiff’s invention is obvious as it was always worthwhile for a POSA to study efficacy of various substitutes by trial and error.

What one should be careful about while raising such defenses is that it should not look like hindsight reconstruction. Is it reasonable to state that even when there is scope for trial and error, and a patentee has undergone this process of trial and error and arrived at the appropriate substitute, he is not entitled to protection because now that we know the appropriate substitute, it seems obvious? What will help in such a situation is to show that the prior art documents relied upon in fact provide motivation and teaching to combine the results of these documents to arrive at the alleged inventive product. It is here that the expert’s affidavit should come handy.

As per the Defendant certain composition claims in the Plaintiff’s patent specification do not stratify the requirement of a composition and in fact are only an admixture and hence cannot be patented.

The Defendant has submitted that the Plaintiff’s impugned product is not an invention as it is obvious to a POSA. Not just this, according to the Defendant there is no technical advancement shown by the impugned invention over what was already known i.e. no enhanced therapeutic efficacy. As we know, Section 3 of the Indian Patent Act lays out what is not an invention. Section 3(d) specifically relates to the concept of enhanced efficacy. However, the Defendant has made no mention of Section 3(d) and simply argued that the Plaintiff’s product is not an invention since it is obvious to a POSA. The Defendant also submitted that Sorafenib is a mere modification of compounds which can be clearly envisaged from prior art. So, does this means that according to the Defendant, Sorafenib is a structurally different product from what is known but it is obvious and with no enhanced efficacy? If the Defendant submits that Sorafenib is a new product then this pretty much closes all chances of raising a Section 3(d) objection, because Section 3(d) deals with new form of a known substance but not with a new substance altogether. Secondly, if Sorafenib is a new product then is it imperative to show “enhanced efficacy”? If yes, then enhanced efficacy in comparison to what? Lastly, should not the increased acceptance and popularity of a drug be evidence of efficacy?

4. Lack of enablement or insufficient description under Section 64 (1) (h).

The Defendant asserts that the patent specification does not disclose the best mode of working the invention and is insufficient.

5. Failure to comply with Section 8 requirements and hence revocable under Section 64 (1) (m).

The favorite ground for revocation in most patent challenges in India, it states that a patent can be revoked where there is a failure to comply with section 8 of the Patent Act. Section 8 requires the Patentee to disclose to the Indian Patent Office the status of all corresponding foreign patents/applications and all such relevant details. The patentee is also under an obligation to update this information as and when anything significant occurs in relation to these applications/patents. The Defendant has submitted that the Plaintiff failed to make such disclosures at the prosecution stage and the Indian Patent Office was unable to examine the prior art.

The Defendant submitted that the patent should be revoked since the Plaintiff-patentee had suppressed material information from the Patent Office such as the prior art documents and prior filed patents which disclose the compound N-(-4-chloro-3-(trifluoromethyl) phenyl)-N’-(4-(2-(-N-methylcarbamoyl)-4-pyridyloxy) phenyl) urea.

7. Objections on working of the invention under Section 83(g) of the Indian Patent Act

In addition to these, the Court had framed questions on which the assistance of the court-appointed scientific experts was sought. While the questions seem complex, they are overlapping in their scope. The controversy basically revolves around two prior art documents US’459 and US’668 and an analysis of whether and to what extent these two patents disclose the subject matter of the impugned patent.

V. The course ahead

The matter is now listed on 20th October 2011 when the parties would appear before the Joint Registrar to mark the documents filed by them. What we hope for is that the matter is not stalled any further. Since the subject matter of the suit is a product patent, the structure, function and constitution of which is not in controversy, validity is all that is to be shown. (No dispute over enantiomers/isotopes etc.) Then there isn’t, as of now, any other controversy clouding the basic patent issues (read missing files/patent linkage etc.) This seems like a suit where the controversy is only on hard core patent principles with little else to distract us.