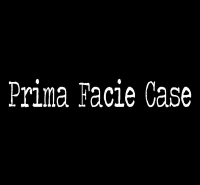 The term “prima facie” counts as one of my favourite legal expressions. Not least because it appears to be the only place where the law expresses an unabashed preference for “appearances” (which in the real world can, and is often, deceptive). Certainly a problematic expression when it comes to the law of injunctions, particularly IP injunctions where our judges continue to shoot in the dark. But more of this later.
For now, it may interest you to note that the term “prima facie” has reared its ugly head in the famed Natco Compulsory Licensing (CL) case. Our statutory scheme is such that once a compulsory licensing application is filed citing any of the section 84 grounds, the Controller “shall direct the applicant to serve copies of the application upon the patentee…. and shall publish the application in the Official journal” only if “the Controller is satisfied, upon consideration of an application under section 84… that a prima facie case has been made out for the making of an order.” (Section 87 (1))

In other words, the discretion to examine whether the CL application has any merit or not lies solely with the Controller. If he finds absolutely no merit in the application, he may reject it outright. Else, he has to publish it and afford the opportunity to the patentee and others to challenge the application, as he did in Natco’s case.

Bayer recently challenged this action of the Controller in the Mumbai high court, arguing that no “prima facie” case had been made out in Natco’s application and that it ought to have been “heard” before such a determination was made by the Controller.

I’m not sure I agree with this interpretation: a plain reading of the provision indicates that the Controller can make this determination after examining the application as filed. Insisting on a hearing at this stage does nothing more than the delay the proceedings. If compulsory licenses are unduly delayed through protracted proceedings, the very purpose of the regime is lost. I’m reminded of a CL case from India about three decades ago (Catalysts and Chemicals India v Imperial Chemical Industries Imperial case), where the proceedings were so protracted that the patent term expired by the time the compulsory licensing application was finally decided (after multiple court proceedings that finally culminated in the Supreme Court of India).

It’ll be interesting to see which way the Mumbai High Court goes. In the meantime, I’m given to believe that Bayer applied for a month’s extension to respond to Natco’s application and was granted this by the Controller (this extension appears to be in conformity with the law, given that the statute suggests that a patentee has to file its counter within two months of the application, extendible by a month at the discretion of the Controller).

One hopes that all such provisions that provide fodder for strategic delays be reviewed and amended, where necessary. Only then can our CL regime come alive, without remaining a mere letter of the law destined to die a slow unsung death.