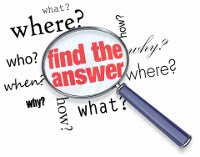 The agreement between the Intellectual Property Office (IPO) and the Council of Scientific and Industrial Research (CSIR) to outsource prior art searchesare the IPO’s “confidential documents”, according to CSIR, and it is for the IPO to decide “how much information it wishes to put in the public domain”. CSIR also believes that this information is exempt from being put out in the public domain as it is lying in their possession by virtue of fiduciary relationship with the IPO.
This was in response to our query to CSIR under the Right to Information (RTI) Act, 2005, on the Memorandum of Understanding (MoU) between itself and the IPO on the outsourcing of prior art searches.(Image from here)
It also appears that CSIR may not have sought or received any legal advice on its own part before entering into this MoU. According to CSIR, the decision to outsource prior art searches was taken by the Department of Industrial Policy and Promotion (DIPP). And it was (only) the DIPP’s responsibility to consider the legality of such outsourcing.
What started this thread was a series of posts on the quality of the prior art searches being conducted under this MoU, and heated discussions, speculations, and clarifications that followed in that context in posts here, here and here. As neither organisation had made the MoU public, and all we had access to was a news report and a handful of emails, we thought it made sense to directly request the CSIR for the following:
CSIR quickly forwarded the RTI application to its Pune-based Unit of Research and Development of Information Products (URDIP), which is handling the work under this MoU. I’ve uploaded the reply that was sent by CSIR, which you can read here.
There are several questions that stare one in the face —
Questions surrounding the legality and quality of prior art searches emerged after DIPP released a discussion paper a few months ago inviting comments and feedback on service delivery and administrative reforms at the IPO.
In response to the discussion paper, a group claiming to be ‘Officials of the Delhi Patent Office’ had questioned this outsourcing agreement, and criticized the quality of reports produced by CSIR. Subsequently, the URDIP had clarified to the blog on aspects of the MoU which was published in this post here. For reference, I reproduce the clarification in part here:

“CSIR-URDIP is not conducting the examination of patent applications. The scope of our services is to search for prior art…. The scope of services and format of report was discussed and finalised in consultation with the office of CGPDTM.
We further wish to state that up till now no feedback has ever been received from Delhi patent office on any of the search reports submitted by us in spite of our repeated requests. If they had any comments or feedback (positive or negative), they could have communicated the same to us in the first instance. Without knowing the background and context of the whole matter, it is unfair on the part of commentator to question the quality of work done by us or highlight only a particular portion of certain document.”

CSIR/URDIP continues to remain tight-lipped about the contents of its understanding with the IPO, and the scope and format of the search reports they were expected to deliver under the MoU. In which case, surely, they cannot expect a fair critical analysis of the quality of their work?