Earlier this week, I was at Kamani Auditorium in New Delhi, which was packed to full capacity and then some, watching a play called ‘Stories in a Song’. The play itself was a montage of stories which told of how different forms of music of the north Indian tradition had evolved in response to their ages. The music for the play was selected from traditional repertoire and set by Shubha Mudgal and Aneesh Pradhan (they are the brains behind this awesome pro-musicians website which you must check out). (Image from here)

About half-way through the performance, a guru’s composition of a khayal in raga Malkauns was brutally transfigured into a remixed track by a wily Bollywood/film music “composer”. With the press of a button on the synthesizer, the stage transformed from being a space for musical contemplation to a dance floor filled with teenyboppers banging their heads all over the place. (Watch this clip, from 5.08 to 6.40, for a glimpse into this story.)

The composer rhetorically asks, “what is a song worth anyway? No one has a copyright over the seven swaras“; while the guru’s disciple plaintively pleads that “artists must get their due”. Words like copyright and royalty were freely bandied about. I’m not sure the audience paid much attention, because they were too preoccupied in their cheering, hooting and whistling. The scene quickly descended into propaganda for the royalties debate that has captured the imagination of the Indian copyright world for these past several months. 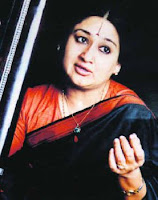 There’s a context to the story — Shubha Mudgal (see posts about her on the blog here) has been part of the group of artists, singers, composers, who have led the debate to grant stronger protection to performers’ rights in India. It was appropriate that she should have woven this story into a play such as this. (image from here)

Predictably, this set off a thread in my head on IP in popular culture in India. I was excited that this production tried to bring together my two grande passions (music and theatre) into a creative conversation with IP. But I was disappointed that the discussion was too shallow in its telling. It sidetracked into the demerits of the commercialisation of classical music, which could have been handled more dynamically, but ended up being a flat, one-sided presentation.

This may well have been different a few generations ago, when patronage kept artistes alive (even there, the form was kept alive because artistes had a source of income coming through). Today, however, the pursuit of art for art’s sake can truly be regarded only as the preserve of the well-heeled. For the rest, for people who have to survive solely on their music or any other art form, it can be a difficult and sometimes unrewarding existence. That calls for a larger debate — about how society has come to define art and aesthetics today, about what is now considered beauty and what is not, but a blogpost on IP is not the space to ruminate upon such grave matters. 🙂

The good thing about this theatrical story about the Malkauns khayal was that it added a new dimension to the IP debate, moving it out of newspaper columns and drawing room conversations and primetime television banter to an artistic representation that responds to, and evolves with, its audience. Surely we need more such public dialogues in the country, at the very least to ensure that intellectual thought around law and policy reforms is not hijacked by a handful of interest groups who may end up doing some major damage to the way Indian law changes.

And when it comes to IP in theatre or cinema — Abhishek Bachchan’s bit-part role as a patent attorney doesn’t quite make the cut. I have also heard of a play produced by a Delhi-based law firm on IP some years ago, but have never seen it, and so cannot comment. ‘Stories in a Song’, on the other hand, may be a more successful and longer-running production – it premiered at Prithvi theatre in Mumbai sometime last year, and had a run at the Baajaa Gaajaa festival in Pune before coming to Delhi for the Bharat Rang Mahotsav. When was the last time you saw an IP debate being presented to popular appeal on film or in theatre in India?