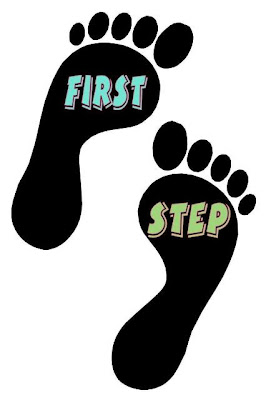 The much awaited Bayer vs Natco compulsory licensing (CL) order in relation to Bayer’s patented anti cancer drug (Nexavar) is finally out. Controller General Kurian issued the order on 9th March 2012, but it was uploaded on the IPO website only today, minutes prior to his leaving office.
Apart from the issuance of what will rate as India’s first compulsory licensing decision (patents) in the post TRIPS era, today also counts as a significant day for another reason. It marks the end of bullet Kurian’s illustrious stint at the Indian Patent Office, an era marked by some of the boldest moves to convert the Indian Patent Office (IPO) to a more efficient, accountable and transparent office. This morning, bullet Kurian handed over charge of his coveted office to his successor, Chaitanya Prasad.

The order is a thoroughly well researched and logically reasoned one. After a 3 day hearing, the Controller General (CG) found in favour of Natco on all counts and issued a license in their favour.

Natco is now free to manufacture and sell a generic version of Nexavar (a kidney/liver cancer drug that goes by the generic name of Sorafenib Tosylate), but will have to pay a 6% royalty on the net sales (every quarter) to Bayer. Further, it can only charge Rs 8800 for a monthly dose (120 tablets) of the drug (in its compulsory licensing application, Natco committed to sell at this price). In its written submission, Natco also committed to donating free supplies of the medicines to 600 needy patients each year and this commitment has also been recorded in the compulsory licence (CL) order.

In order to appreciate the order, one must begin with section 84 of the Indian Patents Act, which reads as below:

The Controller found that all the 3 criteria above were satisfied in this case, namely:

1. that since Bayer supplied the drug to only 2% of the patient population, the reasonable requirements of the public with respect to the patented drug (Nexavar) were not met.

2. that Bayers pricing of the drug (2.8 lakhs for a months’ supply of the drug) was excessive and did not constitute a “reasonably affordable” price.

3. that Bayer did not sufficiently “work” the patent in India.

Each of these grounds are explicated below:

1. Reasonable Requirements of the Public not being met:

Based on Bayers’ own admission, the Controller found that only 2% of the total number of kidney and liver cancer patients were able to access the drug:

Accordingly I hold that the reasonable requirements of the public with respect to the patented invention have not been satisfied in this case and consequently a compulsory license be issued to the Applicant under section 84 of the Act.”

In order to make its drug more accessible to the general public, Bayer argued that it must be given some more time to work the patent. Bayer offered to amend its existing patient assistance programme (where a patient would have to buy 1 months drug supply at the regular price (Rs 2.8 lakhs) and would get it free for the remaining 3 months) such that a patient would only have to pay Rs 30,000 per month for the drug. In this way, it hoped to match Cipla’s pricing and thereby thwart a compulsory licensing order.

However, the Controller rightly found that this proposed philanthropy, while noteworthy did not enable Bayer to escape the issuance of a compulsory license. He noted:

“the proposal of the patentee appears to be philanthropic in nature, as per the submission of the patentee. In the present proceedings, we are not concerned with philanthropy, which no doubt is appreciable. Such actions cannot be construed as steps to work the invention on a commercial scale to an adequate extent.”

The Controller found that the price of the drug was not “reasonably affordable” to the public:

“During the last four years, the sales of the drug by the Patentee at a price of about Rs 2.8 lakhs (for a therapy of one month) constitute a fraction of the requirement of the public. It stands to common logic that a patented article like the drug in this case was not brought by the public due to only one reason, i.e. its price was not reasonably affordable to them.”

He further countered Bayer’s argument that “reasonably affordable” price had to be construed with reference to the public and the patentee (in other words, the patentee’s R&D costs must be considered):

“I am of the view that reasonably affordable price has to be construed predominantly with reference to the public.”

The order also castigates Bayer for adopting a “two faced” stand before the tribunal. Bayer argued that since Cipla sells cheaper generic versions in the market (at Rs 30,000 per monthly dose of Sorefanib), there was no need for a compulsory license. The controller rightly dismissed this argument, since Bayer had challenged Cipla’s right to sell the generic version in the market through a patent infringement law suit, and was now relying on this alleged illegality to ward off a compulsory licensing order.

“The Patentee appears to be indulging in two-facedness by adopting one stand before this tribunal and another stance before the Hon’ble High Court of Delhi, in order to defend the indefensible. M/s Cipla is an alleged infringer, as per the patentee’s own submissions, and accordingly cannot discharge the obligations of Patentee under the Act. The Patentee appears to have treated M/s Cipla, in this case, as if they are their licensee.”

3. Non Working of the Patent:

The Controller found that mere importation of Bayer’s drug into India did not amount to “working” and held in pertinent part that:

“I am therefore convinced that ‘worked in the territory of India” means manufactured to a reasonable extent in India.”

This part of the decision is likely to prove controversial, since almost 90% of all pharmaceutical patents are only imported into India. Therefore, under the terms of this order, all of these drugs are now susceptible to compulsory licenses in India.

The Controller convincingly argues that the Indian patents act endorses a “local” working provision and that such a provision is compatible with TRIPS and the Paris Convention.

I’ve taken a similar line of argument in the past, in this compulsory licensing report commissioned by the JPO (co-authored with Mrinalini Kochupillai).

Further, in an earlier post on SpicyIP, I noted:

“Section 83 of the Act makes clear that patents are not granted only for the purpose of “importation” of the patented product. In fact, the Act uses the terms “working” and “importation” quite distinctly throughout the Act, making it evident that “working” as used in the Act cannot include “importation”.

“Some argue that a local working provision contravenes the mandate under Article 27 to not “discriminate” between locally produced and imported patented products. Given the fact that in the WTO Canada case, the panel stated that discrimination meant “unjustified differentiation”, one could argue that “local working” is a “justified” differentiation. For one, the Paris Convention clearly stated that “importation” would not amount to working of a patent, and that if a patent wasn’t worked, this could be treated as an “abuse”. Secondly, TRIPS is premised on the promise of technology transfer to developing countries. And a local working provision is geared towards encouraging such technology transfer. By forcing patentees to “work” their patents in India, the regime encourages local use/transfer of the said technology. A similar provision on “local working” in Brazil’s regime was challenged by the US—however, the case was later withdrawn and there was no ruling.”

Perhaps the only part of the order that was not as elaborately reasoned out as the rest of the order was the portion relating to a determination of royalty rates. But this could stem from the fact that the Controller himself had very less material to go by. After discussing the not so complete figures submitted by the patentee, he endorsed the UNDP proposal for 6% royalty rate in cases of good therapeutic value. He notes:

“I have also carefully analysed the royalty practices/guidelines generally adopted globally. United Nations Development Program (UNDP) specifically recommended that rates normally be set at 4% and adjusted upwards as much as 2% for products of particular therapeutic value….In the present case, I am satisfied that anything lesser than 6% would not be just and reasonable given the facts and circumstances of this case as discussed above. Hence I hereby settle that the royalty be paid to the patentee in this case shall be 6% of the net sales of the drug by the licensee.

Lastly, this is one of the very few government orders to attribute and acknowledge academic contributions and reference material. The order states:

“Present case is the first of its kind in the history of Patents Act, 1970….As such, there is no precedent to guide this tribunal. Relevant persuasive material has been submitted by both parties. In order to appreciate all the issues involved…, the hearings went on for three days for a total of eighteen hours. Reasonable research has also been conducted by the tribunal to study, inter alia, the provisions of the International Agreements and Conventions on Intellectual Property Rights as well as laws of other TRIPS member countries to arrive at this order. This includes the articles published by WHO, UNDP, Mr Carlos M Correa, University of Buenos Aires and Professor Shamnad Basheer. The West Bengal National University of Juridical Sciences, Kolkata).”

This is effectively India’s first patent compulsory licensing order in the post TRIPS era (there have been compulsory licenses issued under the Patents Act, 1970, but these were all prior to the 2005 amendments).

In many ways, it sets the tone for future cases and will spur many other generics to resort to this route. To this extent, it will certainly be music to the ears of several patient groups and NGO’s that have been battling pharmaceutical patents and excessive prices for many years now. Many have been puzzled by the lack of initiative shown by generic companies in availing of the extremely wide compulsory licensing grounds articulated in India’s patent regime.

Perhaps Natcos’ baby step in this regard may pave the way for a giant leap of sorts, where many more drug patents are subjected to this “stick” so as to help bring down what are by most standards, highly excessive prices for a country like India. In fact, given that more than 90% of MNC drugs are imported into India, this order may pave the way for wholesale compulsory licenses to be issued against a wide spectrum of drugs in the near future. This interpretation of “working” to mean “local working” (local manufacture within India) may in fact prove the most controversial part of the order and may perhaps attract a TRIPS challenge as well.

This order may also prompt other countries, particularly developing countries to adopt similar provisions and issue similar orders. Lastly, one hopes that it prompts innovator drug companies to engage in more significant differential pricing schemes and introduce drugs at much cheaper prices in countries with a significant number of extremely poor patients such as India.

However, this may not be the end of the story for Bayer. It is likely to appeal the order and will no doubt adopt creative legal strategies to block the Controller’s order from being implemented, as it has done in the past.

Further, it must be noted that both Cipla and Natco have challenged the validity of Bayer’s patent in a separate proceeding before the Delhi High Court (and the IPAB). If this challenge is successful, then the compulsory license by Natco becomes infructuous. All generics are then free to manufacture this drug without paying any royalty to Bayer.