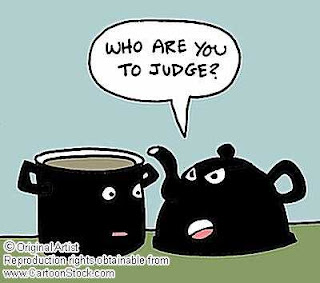 India’s first (post TRIPS) compulsory licence issued less than two months ago, much to the consternation of the United States, whose commerce secretary expressed deep displeasure noting that: “Any dilution of the international patent regime was a cause for deep concern for the US.”
Given the posturing of the government then, I was rather surprised to see the toning down in the Super 301 report which was astonishingly nuanced in its assessment of the compulsory licence. Kudos to the drafters of the report who appear to be developing increased sensitivity towards public health concerns and TRIPS flexibilities.
After all, the compulsory licence (CL) fell within the four corners of a TRIPS compatible statutory provision that has been in existence now for more than three decades now. More importantly, the decision was not an arbitrary unilateral government decision: rather, it came after a very hard fought adversarial process that was open to the public, with top counsels representing both parties and the Controller General of Patents wearing the hat of a regular black robed dispenser of justice…
More importantly, such licences are routinely issued by US  courts, albeit under the guise of their injunction jurisprudence, a phenomenon that, contrary to popular perception, is not of recent vintage (stemming from the landmark eBay decision), but dates back to the 1930s!  In City of Milwaukee vs Activated Sludge, a US court refused to enjoin the City of Milwaukee from infringing a patent relating to the treatment of sewage on the ground that this would cause grave harm to the public interest, as citizens would have no other option than to dump their garbage in Lake Michigan! In the courts words:
“If, however, the injunction ordered by the trial court is made permanent in this case, it would close the sewage plant, leaving the entire community without any means for the disposal of raw sewage other than running it into Lake Michigan, thereby polluting its waters and endangering the health and lives of that and other adjoining communities. …where…. the health and the lives of more than half a million people are involved, we think no risk should be taken, and we feel impelled to deny appellee’s contention in this respect.”
While denying the injunction, the court appeared to suggest that damages would suffice, effectively paving the way for a de facto compulsory license. Since then, plenty of de facto licenses have been issued by US courts, the most famous being eBay vs Mercexchange, where the Supreme Court denied an injunction to an entity lovingly labelled as a “troll” on the grounds of public interest. Such licenses also extend to the pharmaceutical arena, with the court in Johnson & Johnson vs Ciba Vision  refusing to enjoin the use of patented contact lens technology on the ground that:

” millions of innocent lens wearers will suffer real adverse consequences if sale of ACUVUE®OASYS is enjoined…… The deleterious effects of the injunction on the general public would simply be too great to permit. […] The Court understands that the product in Bard Peripheral involved “potentially life saving technologies.” Here, the consequences of enjoining the ACUVUE®OASYS are not so grave; nevertheless, this Court, sitting in equity, finds those consequences to be sufficiently important and adverse to millions of ACUVUE®OASYS patients that the public interest would be disserved if an injunction were to be entered.”

In short, even a regime as excessively pro patent as that of the US will often “bend” to accommodate “public interest” concerns. And to this extent, any warning by the US that India’s CL order dilutes the essence of the international patent regime is nothing more than a classic case of the pot calling a kettle black!
As expected, Bayer appealed the CL order to the IPAB (intellectual property appellate board). In a statement to the Mint which first reported this appeal, Bayer notes:
“We strongly disagree with the conclusions of the Patent Controller of India and have appealed his order with the Intellectual Property Appellate Board,” said a Bayer India spokesperson.

….the order of the Patent Controller of India damages the international patent system and endangers pharmaceutical research.”

The last I knew, compulsory licensing was pretty much part of the international patent system framework. And both the Paris Convention and TRIPS include not so insignificant provisions on this count.
In any case, I’d be very surprised if the IPAB reverses the Indian Patent office decision granting the CL. But we have to wait and watch.
The most striking development in the aftermath of the CL is Cipla’s announcement to slash its anticancer drug prices to dramatically low levels. There were murmurs that Natco was taking a huge commercial hit on the CL…and had offered up an abysmally low sale price (Rs 8800 per month for a generic version of Nexavar) and a benevolent free service offering to 600 patients merely as a ruse to get the license. With Cipla slashing prices across the board, it would appear that Natco’s strategy is a commercially sustainable one.
Cipla has been a trail blazer of sorts and gained international fame and proclaim when it reduced the prices of HIV medications to significantly low levels. It appears to be doing the same with cancer drugs now. In the words of Dr Hamied, the founder Chairman of Cipla:
“We had taken the lead to provide affordable medicine for AIDS and I think the time has now come — 10 years later — when we do a similar thing for cancer.”
It also bears noting that Roche announced cuts in drug prices and its intention  to move towards more substantial differential pricing strategies for many of its highly priced anti cancer drugs.  The Natco-Bayer compulsory licence is therefore beginning to impact the global market for drugs and affordable healthcare in a very significant manner.
Given that compulsory licensing has now officially kicked off in India, courts and other regulatory agencies should be cautious in conflating issues of patentability with that of patent abuse. Any potential abuse such as excessive pricing can always be dealt with through instruments such as compulsory licensing, a point I make in this Frontline interview here. Patentability ought to be judged mainly on the basis of whether or not the invention is technologically meritorious.
Rajiv recently blogged on a US court order that effectively endorsed the validity of the Tarceva patent (whose Indian equivalent has been contested by Cipla in perhaps the first post TRIPS pharma patent trial in India). I would recommend a close reading of the order, as it appears quite well reasoned. As to how much sway this order might hold before an Indian court remains to be seen. After all, the very same patent can be prone to different validity conclusions in different jurisdictions, depending as it does not just on an interpretation of the law, but also on the kind of evidence led before the courts and an independent factual assessment. A great example that I cite to my students is the Escitalopram  case involving a patented pharmaceutical enantiomer. While the U.K., German, Canadian and Australian courts adjudicated the patent to be a valid one, the Dutch court held that the patent was invalid for obviousness.
Lastly, as Mathews blogged, the Frontline had at least 5 patent stories in its latest issue, demonstrating just how important patents have become, not just nationally but internationally. One might argue that owing to a vibrant media willing to dabble in the technical nuances of a once esoteric subject, the discussion around patents is now diffusing to a much larger range of stakeholders.
ps: for those interested, I’d highlighted a number of articles written on the Natco-Bayer CL in this post on Law and Other Things. Since then, Wharton’s online business journal came up with an elaborate and thought provoking article here. And Parthasarathy and Ramanujan of Lakshmikumaran and Sridharan have this piece out in the MIP here arguing that the Natco-Bayer CL order is very fact specific.
pps: image from here