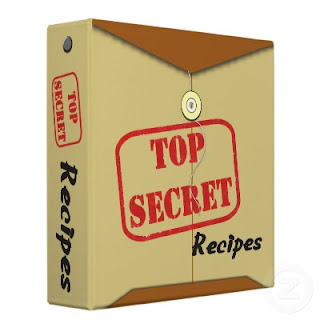 This saga began nearly six months ago. A half-conclusion of sorts was reached yesterday, and hence this post. (Warning: very long post.)

One of the major tasks we have tried to undertake on this blog is to document, as best as possible, the evolution of Indian IP over the past few years. While we have tried to keep regular track of live issues — stories that are ongoing and for which we have easy access to resources — there have been an equal number of detailed pieces of the Indian IP jigsaw puzzle that have remained conspicuously missing. The Basmati story is one of these. (Image from here)

The facts don’t need retelling. It’s a key part of the history of IP in India, and it’s probably one of those tales, along with Neem and Turmeric, that many of you may have learnt on your grandmother’s knee. It was one of the earliest cases where the IP around an Indian produce was directly challenged, and partially successfully defended. It seemed an important and relevant story to document, not least in order to understand how Indian stakeholders treated one of the country’s most valuable tradeable goods.

Various conversations with various participants over the years — scientists, industry, NGOs, lawyers, government — elicited little information. Either people didn’t want to talk or even if they did, could never really tell us the complete picture. It made obvious sense to formally source the primary information directly from the government department/s most likely to have them. Polite email requests and attempts to engage in discussion got us nowhere.

Part I: the APEDA blockade

And so, an application under the Right To Information (RTI) Act, 2005, was despatched to the Agricultural and Processed Food Products Export Development Authority (APEDA). The information asked for covered the following issues:

(You know what is coming.) APEDA replied to my questions in the negative.

It had decided, it seemed, by then that this was all that ought to have been known. You can read APEDA’s reply here.

An appeal was filed before the First Appellate Authority (FAA), who was a senior officer in APEDA. The appeal challenged all of the considerations of the original response, and also cited a CIC order which had held that sub-judice was no ground to deny information. The FAA once again refused the information, and introduced multiple “new” grounds for refusing information – which was arguably in itself bad in law. You can read the order here. Besides repeating what had already been said, the order felt it was important to substantiate APEDA’s refusal to provide information with the following new grounds: 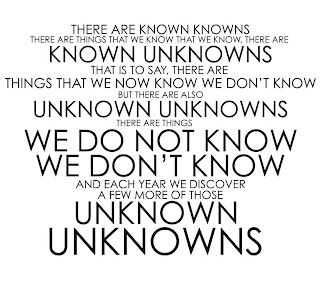 It seemed half-hearted to abandon the Basmati story so quickly. So the next logical step was to petition the Intellectual Property Office (IPO), with the hope that at least they would have some of this information. Because the GI Registry was known to have encountered multiple versions of applications for Basmati, the request for information was directed at them. The GI Registry, like in the Darjeeling reply reported separately, offered to provide some information, but directed that I would have to pay five times the amount that would otherwise have been applicable under the RTI Act. Opposition matters, however, remained sub-judice and could not be disclosed, according to the Registry. The GI Registry’s reply is here.

The order was duly appealed to the then appellate officer at IPO Delhi. Two appeals were sent and received simultaneously by the Delhi IPO, but they chose to reply only to one — that story you already know. The Basmati appeal remained unaddressed, until the officer, when prodded, said that designated appellate officers within the IPO had changed, and he no longer held the GI appeal charge. The appeal was forwarded to an officer at the GI Registry, whose reply I received on email yesterday, which you can read here. This reply, like APEDA’s, raised new grounds upholding the original order, and contains these memorable lines:

“On perusal of the opposition documents most of the oppositions were raised by various State Governments in India and opposition from foreign country. All the oppositions claiming the right in the particular goods and the case pending before the Registrar tribunal is dreadfully sensitive involving rights of citizen. In event if it is disclosed in public will prejudicially affect the sovereign and integrity of our nation and distress the security of the state, strategic or economic interest of our nation, as well as have an upshot on the conduct of International relations. Hence the denial of information by CPIO is correct…”

And my suspicions — on the public interest issue, remember? — were true. According to the First Appellate Authority:

“The applicant never mentioned the object of claiming the information, even though it is not mandate and apart from the ambit of Act, at least to add a merit for the claim, the Appellant may inform the purpose of the claim of documents.”

*Note to self: in the future, P-U-B-L-I-C-I-N-T-E-R-E-S-T needs to be spelt out for government. Even if statute or regulation does not require it.

The story is, of course, as yet incomplete. Maybe it will continue, maybe it will not. That depends on time and resources and so many other things. It does not help that none of the government authorities which have access to the documents have chosen to make anything public. At the very least, the GI Registry should have made documents in its possession available online, just like the Patent and Trademark offices have. (Image from here).

I don’t know, if ever, at this rate, the real Basmati story will ever be known, in public interest. Is the story really so sensitive (as APEDA and IPO make it out to be) that we are not supposed to know it?  I am disappointed, to say the least, that such an environment, reminiscent of another era, should continue to thrive. It looks like the Basmati story will, in the oft-quoted words of one of the world’s favourite contemporary statesmen, remain a “known unknown”. That is so sad.