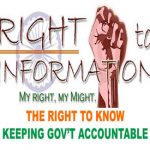 We’re pleased to bring you a guest post by Lokesh Vyas, on an RTI matter that brought up some interesting copyright related questions. Lokesh is a graduate from School of Law, Nirma University and an incoming LLM Candidate and InfoJustice Fellow at American University Washington College of Law, and has previously written posts for us here and here.

“Right to Access a Public Record” vs “Right to not Communicate the Work”: Where is Public Interest?”

In Rajeev Kumar vs Jamia Millia Islamia (12th April 2021), an extremely interesting tussle was seen with the copyright over a thesis being pitted against a person’s right to obtain information under the Right to Information Act, 2005. The Chief Information Commission (CIC), while favouring the rights of the author, made a loose assessment of Section 8(1)(d) of the RTI Act enabling a public authority to deny information involving IP on the basis that its disclosure would harm the competitive position of the third party.

The present post discusses the (mis?)application of Section 8(1)(d) by the CIC and argues that the thesis is a public document as per UGC guidelines which cannot be withheld from the public.

The appellant sought a copy of a PhD Thesis titled “Studies on some nitrogen fixing genes of Azotobacter vinelandi” from Jamia Millia Islamia, a central university and public authority for the purposes of RTI Act. The Central Public Information Officer (CPIO) denied it on the ground that it was put in ‘absolute safe custody’ by the order of competent authority of the University. And on appeal, First Appellate Authority (“FAA”) also denied information under Section 8(1)(d) of the RTI Act, 2005.

Before the CIC, the CPIO argued that said scholar has ‘already received’ a US patent and ‘intends’ to file for an Indian patent with respect to his research work; therefore, there are chances of commercial exploitation of his work. Conversely, the appellant highlighted the nature of the sought information as academic research which the University is required to make public under Ordinance 9(IX) of JMIU.

The CIC summarily justified the denial of information under Section 8(1)(d) and held that mere prescription of publication does not take away protection available under Section 8 and/or 9 exemptions under the RTI Act. It noted that “despite relevant University Ordinances stipulating access …, the prerogative lies with the University to withhold one such thesis in absolute confidentiality on the grounds of commercial viability and market competition.”

Justifying the denial, the CIC made two key observations – first, the obligation to disclose under the Ordinance, is discretionary; Second, institutions can rely on Section 8 exceptions when the information sought doesn’t fit in the list of Section 4.suo moto mandatory disclosures .

But the CIC failed to notice/address the mandatory language used in the ordinance (emphasis added) :

14(b) “ …two hard-bound copies and two soft copies of the corrected Ph.D. thesis along with the two softcopies of the synopsis of the thesis will be submitted by the concerned department (…)

One of the softcopies of the thesis and the synopsis will be submitted by the Controller of Examinations to INFLIBNET digital depository and another for posting on the University’s portal.”

Clearly, the ordinance mandates the specific function to make available the thesis. To hold that the discretion to perform these functions lies with the institution, itself will require some strong reasons. One argument could be that under hierarchy of laws (See paras 39-40), a right under a statutory Act is superior to an obligation prescribed under an executive by-law. However, even this is insufficient to hold that performance of an obligation is susceptible to the ‘prerogative’ of the performer, especially when no rationale or conditions are laid out.

On the second point: an exception’s mere availability doesn’t necessitate its applicability. The CIC held that a Section 8(1)(d) exception is available since disclosure of the thesis does not fall under the list of Section 4 – suo moto disclosures. But, the order isn’t clear on how this specific omission substantiates the application of the exception. Even if adherence to the ordinance is discretionary, the same cannot be applied to UGC (Minimum Standards and Procedure for Award of M.PHIL./Ph.D Degrees), Regulations, 2016 and the UGC Act, 1956 which have mandatory application on the Universities.

Intent to exclude versus Duty to disclose? Examining application of Section 8(1)(d)

A principal justification for the non-disclosure of the thesis stems from the ‘intent’ of the PhD candidate to seek patent protection over his work. But this is problematic since the mere intent to secure a patent shouldn’t justify withholding the information from public access, disclosure of which is a duty of the institution. What is this ‘intent’ anyway? The RTI application was filed in 2019 in response to which the CPIO made the assertion that the scholar has a patent in the USA, on the invention discussed in his thesis. If the scholar had a patent in the USA, (for the invention based on his thesis), it is already a disclosure for the purposes of filing another patent application in India, US (35 U.S.C. 12) or anywhere else, because granting of patents necessarily includes publication of invention. Thus, this whole hullabaloo around the thesis doesn’t make sense as anyone can pull up the patent application. But did he actually have a patent granted in 2019 (as stated by the CPIO) for an invention disclosed in a thesis that was published the same year? Such quick granting is unlikely.

Let’s assume that the CPIO meant that the scholar has ‘filed’ a patent application instead. In that case, if he wanted to file a patent for the same invention in India, he had 12 months to make the application for the patent thereafter for claiming the priority date [Section 29(2)(b) read with Section 135 of Patents Act, 1970]. The CPIO hasn’t referred to the date of US patent application, but considering that the RTI application has been filed on/before 26/03/2019, it has already been more than 2 years since. Even if we ignore all this (can we?), the CPIO hasn’t referred to the candidate furnishing any proof to further his intentions to get the patent. Has the public authority ‘opted out’ of its duty on the mere informal words of an individual? Is it even possible for a (good faith) patent application to be filed on something which has already been disclosed 2 years earlier? In fact, none of this still necessarily means that evidence backed formal words showing intent, are sufficient to bypass Section 8(1)(d) – but let’s leave that aside for now.

This clearly obfuscates the applicability of Section 8(1)(d). The CPIO had conceded that ordinarily the institution makes available the thesis in its library with certain safeguards to ensure that IPR of the author of the thesis is preserved. Thus, the public authority ensures that a harmony exists between access to information and safeguards assuring its exclusivity.

However, given the present CIC’s decision, this ‘responsibility’ to strike the above balance is made discretionary. The order sets a very low threshold for denying information under Section 8(1)(d), so much so that a seemingly unsubstantiated letter of intent by a third party to do something which may not even be possible to do anymore, serves as a justification enough for the public authority to not perform its mandated duty and claim the leeway under the above provision.

University’s duty to disclose a thesis – a Public document

Section 8(1)(d) requires the satisfaction of three elements for withholding the information, namely- Information involving an IP; disclosure of which will harm the competitive position of a third party; and, lack of a larger countervailing public interest.

Here, the CPIO justified non disclosure on the basis of the PhD candidate’s intent to patent his work and the potential commercial interest vested in his work. However, it was done without looking at the competitive value of the thesis and the public interest involved in such disclosure as required under the Act.

Looking at the rules prescribed for M.Phil/PhD thesis within the institution and also generally by the University Grant Commission, it seems like the thesis is a public document which is mandated to be published. Relevantly, from admission to submission of the thesis, the JMIU Ordinance treats the thesis as a non-confidential document involving several committees and individuals and places several checks (e.g. detailed progress reports, pre-Phd presentations, Viva voce etc). Notably, these checks and processes involve external persons and persons from other departments/Centre/ faculty [Clauses 3(c) and 5(d)].

What makes it more ‘non-confidential’ is the university is bound by clause 14(b) of the ordinance, as well as by Section 13.1 of the UGC (Minimum Standards and Procedure for Award of M.PHIL./PH.D Degrees) Regulations, 2016 which mandates the submission of an electronic copy of the Ph. D. thesis to the INFLIBNET digital depository, to make it accessible to all Institutions/Colleges.

Thus, it is clear that the PhD thesis is a public document by both JMI’s Ordinance and the UGC Act and regulations. Therefore, no discretion lies with the university to (not) publish it.

The thesis being a public record raises an important query in copyright law with respect to its control by the author. JMI’s research policy, IPR Policy, and ordinance are silent on the ownership of Copyright in the thesis. However, it seems fair to assume that conduct of university and students shows that the ownership lies with the author with a non-exclusive license to the university. The university’s non-exclusive license is apparent from the ordinance and UGC guidelines which condition admission on the allowance/requirement for the university to keep the thesis in its digital repository and make it available to others through INFLIBNET digital depository.

Though not argued, the apparent justification of not communicating the work to the public by the scholar comes from Section 14(a)(iii) which gives him an exclusive right to communicate the work to the public. But this doesn’t coincide with the admission terms and conditions to the PhD program which presumably mandates the thesis submission and publication of the same by the university.

Fair Use and Public Interest

Even if this is ignored, Section 14 comes with a set of exceptions like Section 52, Section 31, 31A and 31B, making it a non-absolute right. Specifically, Section 52(1)(a)(i) allows people to use the work for ‘private or personal use, including research’. However, Section 52 does not grant a user a ‘right to access the work’ even if it’s a public record. This right may come from other laws, like RTI in the present case. Hence, to effectuate the provisions of Copyright law and RTI, the Scholar cannot be allowed to withhold his thesis from the public. This also gains support from the Public Records Act, 1993 and Indian Evidence Act, 1982 (Section 74) (though not directly dealing with academic work) that provide a heavy deference on making public records and documents accessible.

Notably, the way copyright needs to be balanced between user rights and authors rights (though balance can be baffling, read here Pg. 44-48), the RTI Act also aims to strike a balance between public interest and the private interests. The best way to do it in the present case is by not allowing a scholar to withhold his thesis. Because ultimately, Section 8(1)(d) is a non-absolute provision (ICAI VS Shaunak, para 19), the interpretation and application of which depends upon public interest, which again is ‘elastic and takes its color from the statute in which it occurs’ (BPSC vs Saiyed Hussain, Para 23).

Here, the usage of thesis purpose for research as evidenced in Section 52 is contingent upon its access, which is available through RTI Act, hence, disclosing it would be in the interest of the public as envisaged under both copyright law and RTI Act. .

Besides highlighting a need to apply the exceptions under RTI Act, the present case raises two important questions for further debate: first, whether academic works should be protected by copyright law. Second, what is the scope of right to research in Indian legislations especially Copyright Act and reader’s thoughts on these questions would be welcome.

The author would like to thank Swaraj Barooah and Praharsh Gour for their inputs on this piece.