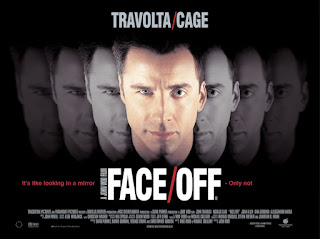 Continuing from my earlier post on the order of the Delhi High Court in the L.G. case, I would like to point out an interesting trend where orders of the Delhi High Court especially those of Justice Manmohan Singh, pertaining to the IPR (Imported Goods) Enforcement Rules, 2007 are being skilfully countered by one Mr. Satish Kumar Reddy, Director at the Central Board of Excise and Customs (CBEC). (Rest assured he is in no way related to me.)

(i) Samsung case:This little face-off between Justice Singh and Director Reddy can be traced back to Justice Manmohan Singh’s order in the Samsung case where he interpreted the Trade Marks Act, 1999 to come to the conclusion that parallel imports were forbidden under this particular legislation. The judgment was the subject of considerable controversy, we carried a guest post on it over here and several lawyers privately confided in me that they were extremely wary of the interpretation preferred by Justice Singh. In the very next case before the Customs Commissioner, in the Dell case (we blogged about it over here), this interpretation preferred by Justice Singh was ignored by the hearing officer on the grounds that Justice Singh’s order had been stayed by a Division Bench of the Delhi High Court. A few months after the Samsung and Dell cases, Director Satish Reddy issued a Circular on behalf of the CBEC clarifying, for the Customs Commissioners, the position on ‘parallel imports’ with respect to various IP legislations. ‘Circulars’ are basically executive instructions which clarify the government’s position regarding superior legislations or rules. (We had blogged about that circular over here.)

Although the circular make no mention of Justice Singh’s judgment in the Samsung case, it instructs the Customs Commissioners to apply the IPR (Imported Goods) Enforcement Rules, 2007 to only cases of ‘false marking’ and not in cases of genuine goods being imported into the country. In a manner of speaking this particular Circular appears to have instructed all Customs Commissioners to ignore Justice Singh’s judgment in the Samsung case and not interfere in cases of ‘parallel imports’.

The above was the first face-off between Justice Singh and the Customs Board.

(ii) The first order in the L.G. case: The second case is the L.G. case which I had blogged about earlier today. The first ex-parte order in this case was passed by Justice Manmohan Singh wherein he had interpreted the IPR (Imported Goods) Enforcement Rules, 2007 to come to the conclusion that Customs Commissioner could not decide whether any imports were infringing a patents.

As pointed out in my earlier post on the first order (accessible over here), this interpretation was completely off the mark as the rules were clear on the point that Customs officers can decide such infringement and they have done so in the past especially in the Ramkumar case. Justice Singh had come to this conclusion on the basis of a CBEC ‘circular’ which had merely cautioned Customs Commissioners while deciding whether imports were causing patent infringement.

In pertinent part the clarification had stated the following “While it is not difficult for Customs officers to determine Copyright and Trade Marks infringements at the border based on available data/inputs, it may not be so in the case of the other three violations, unless the offences have already been established by a judicial pronouncement in India and the Customs is called upon or required to merely implement such order. In other words, extreme caution needs to be exercised at the time of determination of infringement of these three intellectual property rights.” How Justice Singh came to the conclusion that this clarification impliedly restrained Customs Commissioners from deciding patent infringement cases is simply beyond me. Moreover, his judgement misses the point that circulars cannot be contrary to statutory rules and his analysis should have been confined to the rules.

(iii) Circular No. F. No. 26000/1/2012-OSD(ICD): A ‘circular’ was issued by Director Satish Reddy at the CBEC post the first ex-parte order of Justice Singh in the L.G. case. (The circular can be accessed over here). In this Circular dated 27th March, 2012 the Director makes specific reference to Justice Singh’s initial ex-parte order and explains in detail as to why the initial order appears to be flawed. Whatever is your opinion about Customs Officers, you have to admit that the Director’s interpretation of the law in this particular Circular is excellent. He points out in relevant part the obvious flaws in Justice Singh’s order especially the use of a Circular to negate statutory rules. In pertinent part the Director states “Further, a Circular cannot nullify provisions of an Act and Notification issued under the Act. Circulars are issued to clarify the legal provisions and to bring in uniformity in implementation. They are not intended to alter the scope or meaning of the existing statutory provisions.”

And then comes the crowning statement “In view of the foregoing, the order dated 30th November, 2011 of High Court of Delhi, in the matter of CS (OS) No. 2982/2011 – L.G. Electronics India Pvt. Ltd. does not appear to be proper in law. Since, the aforesaid order of the Hon’ble Delhi High Court would have wider ramifications on the interpretation of Para 4 of Circular 41/2007 dated 29th October, 2007, the jurisdictional Chief Commissioner has been directed to defend the case by filing appropriate reply / review application against the order.”

The Circular concludes with directions to all Customs Officers to continue deciding even patent infringement cases under the Rules while the relevant department filed an appeal against Justice Singh’s order. Personally I think it is unconstitutional for customs authorities to perform any kind of adjudicatory role but for this position to be changed the Govt. must either amend the rules or the judiciary must strike down the rules as unconstitutional. In either case, I bow down to the officer in question for having the guts to call the Delhi High Court on its obvious fault.

(iv) The second order in the L.G. case: Justice Singh was obviously not very happy with how the Director had so casually brushed aside his original order. Hence in his order dated July 13th, 2012 which I had covered today on this blog over here, Justice Singh passes the following strictures against Director Satish Reddy

“Clearly and plainly, the actions of the custom authority/ defendant No. 2 to indulge into such action giving its own interpretation to the rules and circulars contrary to the court’s interpretation once the orders of this court are in force is not merely wrongful, illegal, actuated by malice but also is an utter disrespect to the orders of this court.”

He goes on to state “The malafides of the defendant No. 2 is apparent when in the teeth of the orders of this court, the commissioner of customs are giving instructions to the fields to further continue to interdict the consignments on the basis of infringement of the patent without any fetters. The said circular states that the earlier circular nowhere curtails the powers and the customs are free to do what they are empowered under the customs act which amounts to passing its own judgment and dictate contrary to the courts orders which are in force without waiting for the orders of this court. The said circular dated 27th March, 2012 appears to have been issued by defendant no.2 is illegal and was issued in order to frustrate the orders passed by courts. Thus, even formal parties, let them remain as parties to the suit in view of their such conduct.”

Once again, I think Justice Singh has got it all wrong. As I explained above, ‘Circulars’ are executive instructions and the executive is at liberty to modify them as deemed necessary. In this case if the Director was of the opinion that Justice Singh’s order was untenable in law, he has every right to give his explanation for the same and order the Department to file an appeal or review. Moreover the Director has been very careful while disagreeing with Justice Singh, in that he states that the Order ‘does not appear’ to be proper in law. Decisions to appeal against judicial orders are made routinely in all government departments and I don’t see why Justice Singh had to pass strictures against the Director.

Conclusion: In conclusion I can only hope an appellate court sets aside the strictures in Justice Singh’s latest order. These strictures were unwarranted and in my opinion an abuse of judicial power. Moreover, how exactly will a Division Bench of the Delhi High Court rule on this matter? Will they side with their brother judge or the Customs Officer?