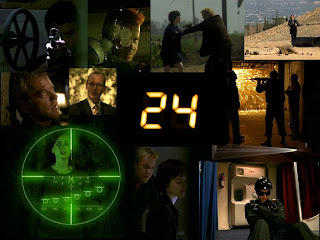 This recently decided case involves a TV show, Time Bomb, produced by Zee Telefilms in 2005. The Plaintiffs alleged that this was a copy of their acclaimed show 24. The case was filed in 2005 and seems slightly dated since none of these shows are on air anymore. It is also quite puzzling to see the court deciding  on whether an interim injunction should be granted nearly 7 years after the suit was first filed in 2005.

In this suit the Plaintiffs have brought a copyright infringement claim against the Defendants along with an order  to hand over possession of the infringing copies and all other incriminating material including the original script and all plates for production of  the serial Time Bomb. The Plaintiffs have also sought an interim injunction restraining the Defendants from telecasting their serial. The case was before the Delhi High Court.

The court in its rather long winded and detailed judgment which includes a very detailed comparison of both TV shows came to the conclusion that Time Bomb was not a copy of 24. Something which most of us who’ve seen and liked 24 would be very relieved to hear!


The court had some interesting points to consider in this case:

It will be interesting to see if this case encourages similar suits from foreign film makers/tv show producers etc. after all there is no dearth of tv shows/movies in India which have been ‘inspired’ from the West. However if the length of time lapsed from the date of filing to the final decision in this case is anything to go by, it will result in a pyrrhic victory.

We had earlier blogged about a similar controversy in relation to the Bollywood movie, Partner and Hitch. However the present case is the first to be decided on this issue.

One of the contentions the Plaintiffs repeatedly relied on in their pleadings was that similarity in the expression of an idea should be based on the impressions of an average reasonable viewer, I’m quite sure the average viewer of 24 in India was hardly ever aware of the existence of Zee TV’s short lived show Time Bomb!