share
The Business Standard recently published an op-ed by me on the copyright infringement case filed by Oxford University Press (OUP), the Cambridge University Press and a third publisher against Delhi University (DU) and a photocopier located on DU’s campus. The op-ed can be accessed over here.

Amlan and Shamnad had earlier covered this issue in posts that are available over here and here.
A brief summary of the op-ed is available below, along with additional comments which could not make it to the op-ed due to space constraints.
(a) Getting the facts rights: There appears to be a lot of confusion on the exact nature of the legal action initiated before the Delhi High Court and the Court’s ex-parte order (available over here). Just to clarify, the case in question is not a criminal case, it is a civil case. Further, the Delhi High Court has not passed an ex-parte injunction against DU or the photocopying shop. The order which is available over here, only appoints a Commissioner to inspect the premises and ensure that evidence is preserved for the future. In other words it is a standard Anton Piller order. This means that the photocopying shop can continue business till final arguments are heard on the application for an interim injunction.
(b) On the rhetoric from the DU student community: There were several newspaper reports which had carried excerpts from an open letter that can be found on the Facebook group set up by DU students to ‘save’ the photocopying shop.
An earlier version of the letter, which can be found on another Facebook group (now re-named) had threatened to organize, in the highest traditions of fascism, a ‘bonfire’ of the books published by OUP and CUP. The letter also labels OUP and CUP as ‘criminal presses’ and ‘international corporate publishers’.
Let’s be clear on a couple of things, OUP & CUP are owned by Oxford University and Cambridge University. In some countries like the US and UK, they used to have the status of a charity, and not an evil international corporate publisher. From what I understand both OUP and CUP transfer their profits to their parent universities which profits are then used to subsidize the education in those universities. Let’s also not forget that some of the best known faculty, past & present (Amartya Sen, Andrei Beteille, Jagdish Bhagwati, Jean Dreze) from DU and the Delhi School of Economics, (which was affiliated to the photocopying shop in question), are also some of the best known authors of, these publishing houses, especially, OUP.
Personally, I was very disappointed by the sheer rhetoric of the letter, especially the bit on how the mere filing of the lawsuit would “stifle [the] democratic culture around pedagogy and learning in the University of Delhi.” What does that even mean? Since when did being in a democracy give you a licence to trample on the property rights of others? DU is supposed to be one of the finest universities in the countries and poorly drafted letters like the one in question do little justice to its otherwise robust reputation. What I find more troubling, is this militant attitude of ‘burning’, ‘banning’ and ‘boycotting’ any entity seeking to enforce its legal property rights before a court of law. Where is the spirit of debate, discussion and constructive engagement? Is that not what academic universities are supposed to be about? What makes things worse is the hopeless unanimity of views on the Facebook group. Not a single person in this group of close to 2000 people has an opposing viewpoint? I wonder, what ever happened to the democratic culture around pedagogy and learning in the University of Delhi? 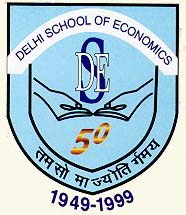 (c) On the fair-dealing exception: Let us get one fact very clear, ‘unaffordability’ – is not a ground for invoking the fair dealing or fair use exception to copyright law. It may be a relevant ground to invoke compulsory licensing provisions but not fair use. Instead, the justification for a fair dealing or fair use provision is due to the recognition of the inherent properties of intellectual property, especially the fact that more than one person can enjoy the same book, through photocopying, without impeding the owner’s use of the same book. Yet another rationale for fair dealing is the recognition that the transaction cost of negotiating a deal may sometimes outweigh the actual cost of the property involved in the deal. At no point of time can a fair-dealing exception be interpreted in a manner which destroys the entire point of a copyright law.
In the present case, there are arguments from several quarters that Section 52(1)(h) of the Copyright Act, 1957 provides a blanket exception for all copyrighted material that is used in the ‘course of instruction.
A liberal interpretation of the provision would indeed lead to such a wide fair use exception but in my opinion a Court, especially the Delhi High Court, is more likely to give the provision a purposive interpretation in order to strike a balance with the larger objectives of a copyright law which is to ensure incentives for publishers and authors to invest in such books.
Most importantly, the Court must keep in mind the nature of the books involved. The books involved in the case appear to be purely academic books targeted at universities and their students. If you have a copyright exception which is wide enough to exempt this very target market from having to buy copies of the books in question, then why are publishers or authors going to invest in publication of these books?

Thus in my opinion, a purposive interpretation of the provision, which places limits on the amount that can be copied would best serve the interests of both the industry and academia. I don’t know whether this should be 5% or 10% but I think this would be the issue for a trial where expert witnesses are produced by both sides.
(d) On publishing houses owned by Universities: While the west has several reputable academic publishing houses like OUP or CUP, it is quite rare to ever hear about similar publishing houses owned by Indian universities. When was the last time you heard of a reputed Indian academic publishing with a publishing house owned by an Indian university? I just checked the website of the Delhi University Press and well, they don’t seem to be in the publishing business. If publishing was a child’s play as seems to be suggested by the students of DU, why is it that professors from their own universities do not publish their works at the presses owned by their university? I don’t know the answer to the question but nevertheless an interesting question for the future.

(e) On the pricing issue: At the heart of this debate is the whether or not the books in question are affordable. Given the wide income disparities in India, pricing has always been a nightmare for most IP owners. What is easily affordable for the middle classes is completely out of reach for the poorer sections of society.
In the specific case of Delhi University, the Central Government provides the university with generous grants. As a result, DU has an extremely low fee structure. The Delhi School of Economics especially has a ridiculously low fee structure. According to its website, the annual tuition fees for a student at the DSE is a sum of Rs. 216 (US $ 3.9). The annual library fee is at Rs. 6 (US $ 0.108) while the annual library development fee is at Rs. 200 (US $ 3.61). Contrast this to the annual tuition fees of the Delhi Public School, a school popular with Delhi’s middle class – Rs. 4,450 per month – for an academic year of 9 months that would come up to Rs. 40,050 (US $ 723.57).
How are publishers supposed to fix an ‘affordable’ price in such a complex market? Clearly the issue of affordable and cheap books are not simple open and shut issues as is being made out by the students at DU. Having said that, publishers need to prepare an alternative plan that will earn them money and fulfil the requirements of the student community at DU. Simply suing a photocopying shop is not going to change anything. It is only a matter of time before some student borrows books from the library and gets it photocopied at one of Delhi’s innumerable photocopying shops. How many photocopying shops are the publishers going to sue? There needs to be a more flexible mechanism to allow DU to prepare course-packs and pay royalty to the publishers. Suing DU and the photocopying shop without having a Plan B in place would be a mistake. Fine, it might get you an injunction and a great ego boost but I doubt whether it is going to boost your bottom line. At the end of the day a lawsuit is about enforcing property rights to earn money and not an ego.