After my post yesterday on the OUP-DU photocopying copyright infringement case, I received a very interesting email from the Managing Director of Cambridge University Press India Pvt. Ltd. – Manas Saika. In his email, Saika provides a rather simple solution to the current impasse at DU and which solution also appears to be quite affordable. For some reason, most newspapers or even the Facebook group set up by the DU students does not seem to carry any information on this solution which was reportedly presented in Court.
In pertinent part, Mr. Saika states “ We have already said in court that as soon as proper licenses are taken from the IRRO by the University or Photocopier we will withdraw the complaint.” The acronym IRRO is an abbreviation for the longer ‘Indian Reprographic Reproduction Organization’ which is a copyright society set up by the publishing industry.
The role of the IRRO is similar to that of copyright societies in the field of music, which is to function as a one-stop shop for all copyright transactions related to the publishing industry. Copyright societies are particularly useful in reducing transaction costs therefore making the business of copyright licencing more affordable for all parties involved. For example it would be impossible and almost unaffordable for a pub or restaurant to approach and negotiate with every individual music label for a licence to publicly perform music. But when a copyright society steps in and provides a consolidated licence on behalf of all its member labels, it reduces the transaction costs tremendously. Just to be sure, copyright societies are not always good news since they tend to be pretty aggressive and at some level begin to abuse their dominant position.
For its part the IRRO, which is reportedly promoted by the Author’s Guild of India, the Federation of Indian Publishers & the Association of Publishers in India, was embroiled in some pretty long-drawn litigation regarding its formation and I think it started to function only a couple of years ago. It is a registered copyright society, under the Copyright Act, 1957 with the Registrar of Copyrights and I’m guessing that this lawsuit against DU is the first in what is going to be high profile campaign against other similar universities. It appears that the DU students have unwittingly provided the publishers with reams of free publicity and according to the comments on their Facebook group this publicity is going to spill overseas in the U.K. 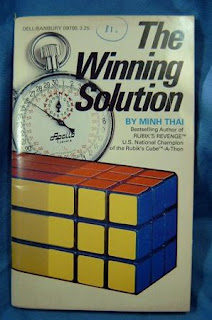 So, what is the solution being offered by the IRRO?
According to Mr. Saika the IRRO is ready to offer relatively affordable licences for photocopying. In pertinent part Mr. Saika states “For DSE Ratan Tata Library the tariff would not be more than Rs 24000 per year for ordinary photocopying which will cover all that is required for research etc.”
He goes on to state “In the case of Coursepacks, they directly eat into the sales of textbooks. Hence the rate is Rs 0.50 paise per page. Hence suppose a 200 page coursepack costs Rs 200 it will cost Rs 300 with a proper license from the IRRO. That additional Rs. 100 will be distributed to the respective publishers and authors. At the most what the fuss is about is about 2 cups of tea or coffee a semester. If the Delhi University so desires they can take the license themselves and subsidize their students even further.”
I went through the website of the IRRO, which has some details on the tariffs. The ‘blanket licence’ for professional colleges run by the Government, such as the Delhi School of Economics is at Rs. 24,000 per annum.
A blanket licence is defined as follows: “Such types of Licenses do not require the Licensee to Track what is actually being copied. In this case, IRRO needs to collect information on materials copied from the Licensees, through surveys in order to assist in the distribution of royalties.” There are however limitations to this licence. According to the IRRO website such blanket licences are limited to a maximum of 20 copies of not more than 1 chapter or 10% of any book under the IRRO repertoire.
The licence for course-packs, is at Rs. 0.50 per page i.e. 50 paise for ‘course-packs’ being made for government run educational institutions. Therefore students do not have to buy an entire book for the sake of just one chapter. As Mr. Saika explains, “A 200 page course-pack costs Rs. 200 it will cost Rs. 300 with a proper license from the IRRO. That additional Rs. 100 will be distributed to the respective publishers and authors.” Honestly, I think it is a workable deal – another Rs. 100 should be within the budget of students or as Mr. Saika explains the University could buy a licence on behalf of the students to subsidize the students.
On a purely jurisprudential level, I can foresee some arguments against these licences. For example, regarding the blanket licence for the college which imposes a limitation of not more than 1 chapter or 10% of any book – it could be argued that a Court of law might well interpret Section 52(1)(h) of the Copyright Act to allow for a fair-dealing exception of atleast 10% or who knows, maybe even more. Similarly for course-packs, there are going to be arguments stating that if each ‘pack’ in the course-pack falls within the presumed 10% fair dealing exception, then the student does not have to pay anything.
However keeping the jurisprudence aside and taking a decision based on the possible costs and uncertainty of any future litigation, I think DU would be better off with taking a licence from IRRO. It seems to be a fair price to pay for using books owned by these publishing houses and would ensure better royalty flows to the authors.
As for the IRRO, given our past experiences with collecting societies in the music industry, I hope they maintain the highest standards of transparency.