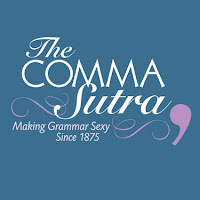 In a rather unfortunate turn of events, Delhi University (DU) and Rameshwari appear to have lost the now famous DU photocopy case that pits the public interests of students against the private interests of publishers. As reported in earlier blog posts, a leading group of publishers, including OUP, CUP and Taylor & Francis, sued a photocopying shop (Rameshwari Photocoping) and Delhi University (DU) for alleged infringement of copyrights in their books, excerpts of which were compiled into student course packs and sold by Rameshwari (the photocopy shop).
It bears noting that Rameshwari operated under a specific license from DU, whereby they were given a master copy of excerpted articles and book chapters (that formed part of the prescribed syllabus) and tasked with photocopying them for registered DU students at a fixed price that largely reflected their operational costs. Pursuant to this, the photocopy shop created course packs containing the said book chapters/excerpted articles that fell strictly within the prescribed syllabus predetermined by DU/its faculty.
Apparently, an admission from DU in its written statement to the court that the acts complained of by the publishers in the suit were “infringing” formed the basis of the injunction. Although the order is not out as yet, we have several accounts of the order (as verbally recorded by the judge) from various sources. If true, this could set a very dangerous precedent. For, the majority of the acts complained of in the suit amount to copying no more than 10% of the copyrighted material. In some cases, it was as low as 3.5%!
As I’d mentioned earlier, if a rich capitalist economy such as the US can suffer a 10% rule (that the reproduction of 10% of a copyrighted work fell within the contours of the law, when done for educational purposes), we in India should do much better! In any case, Indian copyright law recognises a “fair dealing” exception in section 52(1) (a) and an educational exception in section 52(1)(i) that can potentially offer a much more liberal educational exception than current US law.  But I’ll leave this discussion for another post.
The DU Written Statement:
For now, let me revert to DU’s submission to the court. A close perusal of this document reveals that the alleged statement of admission (that was forcefully argued by Sandeep Sethi, senior counsel who appeared for the publishers) has been thoroughly misconstrued. Sample the following extracts from DU’s written statement:
Paragraph 6: ” Individual students and teachers may either read the prescribed books and journal and other related works in the library or else borrow the books and make a photo copy of the relevant chapter and pages in a manner which is within the purview of the provisions of the Copyright Act, 1957 indicated above. This facility of copying certain pages for educational purposes in necessary because purchasing individual books is expensive, and further, in many instances these books are out of print or not available in India….. Members of the University may also collect all the readings from different books together before handing it over for copying.”
Paragraph 7: “The facility of photocopying limited portions of works for educational and research purposes could have been provided within the library had the University adequate space, resources and manpower at its disposal. Instead it granted the facility of photocopying to Defendant No 1 keeping the interest of the students in mind, and keeping in view the law of the land and permitted the Defendant No. 1 to photocopy pages of chapters of single copy books, out of print books, not to be issued books and rare books on getting requests from faculty members, researchers and students. It is submitted that the Copyright Act, 1957 as amended by The Copyright (Amended) Act, 2012, specifically engrafts such exception to the infringement principle…. This is recognized in the form of Section 52 (1) (i) of the Copyright Act, 1957 which reads as under:-
Section 52(1)(i) [exempts] the reproduction of any work –

i. by a teacher or pupil in the course of instruction; or

ii. as part of the questions to be answered in an examination; or

iii. in answer to such questions;

From bare reading of the aforesaid provision, it is clear that reproduction for the purposes defined in point (i) to (iii) above the same are exempted from the purview of infringement. Conjoint reading of the said averment in the plaint read with Section 52(1)(i) of Copyright Act, 1957 as amended in 2012, would clearly reveal that any such reproduction whatsoever (though the defendants dispute that they have permitted such reproduction) is justifiable as non infringing work.”
Notice the last sentence in the above extract…it is VERY TELLING! DU effectively states that it believes the acts complained of in the suit to be “non infringing”. How then can it be restrained on the basis that it admits to the acts being infringing? Sample also the para wise reply of DU to the various allegations in the plaint, wherein it states:
Para 14-17: “It cannot be lost sight of that the same very legislation [the copyright act] balances the competing interest of the society and those who are members of the society so that the protection given to the authors should not unnecessarily impinge upon the legitimate acts done by bona-fide persons. Such balancing of the acts is done in the form of prescribing what infringement is and what is not? Once the Copyright Act clearly provides exceptions so far as it relates to reproduction of any work done by a teacher or a pupil in course of instruction or in furtherance of answering the questions or part of questions to be answered in examination, the said provision has to be interpreted in the light of corresponding benefit which is to be given to the society so as to fulfil the social benefit which is to be given to the children and youth by encouraging the talent in order to enable them to study the books and making them available at reasonable costs by providing photocopy of selected pages of chapters for educational purposes. Therefore, the acts of Defendant No.2 is fair and bona-fide and in the interest of the society. It is denied that defendants [acts] would not constitute fair dealing in the plaintiffs’ publications.”
Para 11-13: “Defendant No.2 is an instrumentality of the State and an agency of the State whose paramount duty and motive is to impart education and to work within the constitutional framework by implementing the State Directives envisaged in Para 4 of the Indian Constitution. …Article 41 which reads – “The State shall, within the limits of its economic capacity and development, make effective provision for securing the right …to education….” … Defendant No.2 within its economic capacity, whatever is available to Defendant No.2, is prescribing the courses to the students of Delhi University which includes both rich and poor by facilitating them in the form of Defendant No.1 providing photocopies of pages from selected chapters in books which are somehow giving them good hold of education who are otherwise incapable of purchasing costly books due to their higher prices. If the said aims and objectives are seen under the State Directives in the Constitution read with Copyright Act, it is clear that Defendant No.2 is fulfilling the command of the Constitution by making such effective measures and rather working within the constitutional framework and not infringing anybody’s work much less the plaintiffs herein.”

As suspected all along, this law suit is really an attempt to facilitate the IRRO (Indian Reprographics Rights Organisation) to infiltrate educational institutions. If not for anyone else, the IRRO will certainly argue that this injunction translates to a general legal proposition that no University or student can photocopy a single page without paying rent to the IRRO. It is highly likely that in the aftermath of this order, the IRRO will shoot off letters to all Universities asking them to begin paying up for all copies made, even if it amounts to a paltry percentage of the copyrighted work in question.
The licensing rates proposed by IRRO may appear tantaslising now, but will soon escalate once they have a captive audience. This has been the experience with most other countries that have fallen prey to IRRO’s and their equivalents. A little more than a year ago, leading Canadian Universities refused to renew IRRO equivalent licenses in Canada owing to sharp hikes in licensing fees, making it unaffordable for the average student. (thanks to Dhananjay Baijal for pointing me to this).
If the reproduction of educational material within educational institutions falls within the scope of copyright exceptions, IRRO need not be paid a single penny! To this extent, IRRO’s entry into educational institutions must be resisted with all the force we have. Our fair use exceptions should not be converted to de facto compulsory licensing regime, for effectively that is what the IRRO wishes. The key difference between a “fair dealing” or an educational defence (as found in section 52 (1) (a) and 52 (1) (i)) of the Indian copyright act) and a compulsory licensing provision is this:
If the copyright act grants a defence (such as copying for research or for educational purposes), then no royalty need to be paid to the copyright owner. However, if a compulsory license is issued, then a certain royalty needs to be paid.
Canadian Parallels:
Given that the Canadian copyright regime is somewhat similar to India, it will be instructive for Indian courts to examine decisions from the land of the maple leaf. Two of the most recent Canadian Supreme Court decisions recognise a fairly liberal copyright defence for research and education. In CCH vs Law Society of Upper Canada, a case involving photocopying of cases and journal article extracts by a law society (on behalf of its member lawyers), the court held that the acts were covered under the “fair dealing” (for the purpose of research) exception. The court went on to famously note that the “fair dealing” exception under copyright law should not be seen as a defence or an exception, but as a strong right accruing in favour of users/consumers:
“…the fair dealing exception is perhaps more properly understood as an integral part of the Copyright Act than simply a defence. Any act falling within the fair dealing exception will not be an infringement of copyright. The fair dealing exception, like other exceptions in the Copyright Act, is a user’s right. In order to maintain the proper balance between the rights of a copyright owner and users’ interests, it must not be interpreted restrictively.”
In a more recent case, the Canadian Supreme Court made it clear that school teachers who photocopied course packs and distributed this amongst students were well within the scope of the fair dealing exception. Amlan had blogged on this decision earlier.
Help for Intervention:
And that brings me to my last point. Some of us are planning on filing interventions in this case for and on behalf of both students and academics. We need all the help we can to match the might of the powerful legal arsenal that the publishers and IRRO have put together. Any of you interested in joining us (to help with research, court strategy etc etc), please send me an email at [email protected] We’re hoping that many of you are as perturbed about this copyright aggression as we are, given that this case is really about access to education and helping carve out a robust copyright educational exception that will foster an inclusive ecosystem, where a vast majority of India’s population can continue to access educational material at affordable rates.
ps: I want to really thank Anviti Chaturvedi, a student at the National University of Juridical Sciences for painstakingly perusing DU’s written submissions and culling out the relevant paragraphs that I have used in this post.