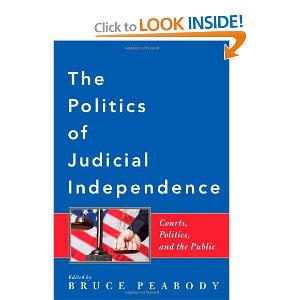 Bad-news: The Copyright Office has retained the self-serving provisions which allow serving bureaucrats and Indian Legal Service (ILS) officers to be appointed to the Board directly by the Central Government without the requirement to consult with the Chairperson, who himself can be appointed only after consultation with the Chief Justice of India.
This is bad news for two reasons:
(i) The Government is going to use this opportunity to pack the Board with its members thereby seriously affecting the independence of the tribunal. The Supreme Court has time and again held that appointments to judicial tribunals should always be in consultation with the judiciary to prevent too much control by the Executive;
(ii) The provisions allowing for the appointment of serving bureaucrats and ILS officers are also susceptible to a constitutional challenge after the Supreme Court’s decision in the NCLT case. In that case, the Supreme Court was categorical in its assertion that serving bureaucrats could in no circumstance be appointed as members of judicial tribunals. The Court did make a half-baked exception for officers of the Indian Legal Service (ILS), allowing them to be appointed in the post of a technical member but in this case the Copyright Board does not have any special posts for technical members and ILS officers therefore cannot qualify to be appointed to this post.
It is tragic that the Copyright Office decided to draft the rules in a manner which will invite a constitutional challenge. Without the Copyright Board, the recent Copyright Amendment Act, 2012 is rendered a toothless law. What makes this even worse is the fact that the Copyright Office is aware of all these challenges because of the PIL filed by SIMCA against the Copyright Board. As things stand today, that PIL before the Madras High Court is rendered infructuous because the initial provision under challenge were amended but that of course does not preclude the possibility of a fresh challenge by the music labels.
Personally, I hope the music labels challenge the Rules and get a stay on the functioning of the Copyright Board until there is no possibility of bureaucrats being appointed to the tribunal.