This is part 2 of a 3 part series on “Framing debates on IP & Health”. As mentioned in part I, I want to use this series to argue that the manner in which IP debates are framed in the health context, play a large role in claim-staking, even if the claims used are ones that ought to have no role in IP policy. Further, that this manner of framing is more useful to the traditional ‘access’ side of the debate than it is to the ‘innovator’ side – and that despite being more useful to one side, this can help in balancing the debate. I will do this by making two distinct claims (Part 1 and then this post) and then weave them together (third post) to explain how they can help balance this debate. There is nothing new per se about these arguments but with the recent rise in discussion over compulsory licenses, human rights, international agreements and IP standards, I thought an articulation of these arguments would be useful. Please note, these claims are distinct but are meant to be read together.
[Part 1 has argued that “human rights” based claims do not add any value to the analytical framework of patents and public health.]

[ Claim 2: Public Choice theory indicates that Corporations benefiting from IP based rents will have more influence on IP policy than others ] 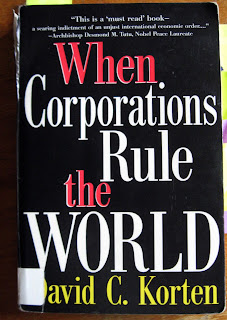 Without getting into normative questions of what kind of innovation policy is best suited for a country’s progress, it is hardly debateable to say that IP’s role in a country’s innovation policy ought to take into account several internal as well as external considerations. External considerations such as the country’s technical capabilities, the economic condition of its populace, etc; and internal considerations such as the depth and breath of, as well as flexibilities and exceptions to an exclusion-rights based regime that any country would need to take into account in order to appropriately further its innovation policy.
Needless to say, the ‘take it or leave it’ nature of the WTO Agreements meant that most, if not all, of these considerations were not really in focus when most nations agreed to the TRIPS Agreement – as they all wanted the trade benefits of joining the WTO. With the backbone of the TRIPS Agreement being provided by a consortium of industry executives (headed by Pfizer’s CEO), the terms of the debate started off at such a high point, that negotiations after that point had little chance to bring terms to a real ‘middle’ position between what several of the developing countries wanted (50 of which had no food or medicine patents prior to TRIPS) and what the fewer numbered developed countries wanted.
The interesting aspect here is the manner in which large corporate houses managed to convince their own state governments that their interests matched the states – and that these are the positions that states pushed forward as their own. This pattern has continued for the most part into today’s world as well, through multilateral agreements such as the ACTA or TPP, Free Trade Agreement negotiations such as the EU-India FTA and even Bilateral Investment Treaties which deem IP to be ‘investments’.
The point of this is not to say that large corporate houses necessarily have interests which conflict with the interests of the general public – I am not making that claim here – it is simply to point out that they have been extremely successful in getting their ‘claims’ standardized as global IP norms, despite being in the minority. For eg, in terms of sheer numbers, there are far more ‘least developed’ countries, developing countries, civil society NGOs, activists, academics, etc who are (and have been) opposed to more stringent IP norms. The question then is ‘how is a minority able to reject the majority so successfully?
Public Choice Theory explains how this comes to be. Kapczynski puts it succinctly in her paper A2K Mobilization and the New Politics of IP:

“IP rights, the argument goes, create opportunities for potentially lucrative rents. Businesses that could benefit from such rents recognize this fact and will generally be willing to spend up to the amount of their potential rents in order to secure these rights. Those most hurt by stronger IP are industries based upon copying, which do not enjoy monopoly rents, and average consumers, each of whom may be hurt in small ways and/or far in the future. In the “market” for law, then, IP industries purportedly enjoy a significant advantage.”

This essentially tells us that businesses benefiting from rent through IP rights, though a minority, are incentivized into concentrating their resources towards a coordinated and concentrated purpose. At the same time, a greater majority (including competing businesses who are not dependent on rent through IP) may not be able nor want to effectively coordinate their actions in an organized manner, (if at all), due to a variety of reasons – including that individual harms from the ‘bad’ policy in question are usually too small to incentivize individuals into acting as a collective and expending the necessary transaction costs involved in such collective and organized actions. Now of course with the internet and digital communication, there are several instances wherein these transaction costs have been minimized greatly. Nonetheless, the point still stands that the concentrated minority is better able to effect policy change than a diluted majority.
Thus, IP centric businesses are able to play a larger role than competing stakeholder interests in influencing IP policy.