This is the first of a 3 part post. In this series, I want to argue that the manner in which IP debates are framed in the health context, play a large role in claim-staking, even if the claims used are ones that ought to have no role in IP policy. Further, that this manner of framing is more useful to the traditional ‘access’ side of the debate than it is to the ‘innovator’ side – and that despite being more useful to one side, this can help in balancing the debate. I will do this by making two distinct claims (first two posts) and then weave them together (third post) to explain how they can help balance this debate. There is nothing new per se about these arguments but with the recent rise in discussion over compulsory licenses, human rights, international agreements and IP standards, I thought an articulation of these arguments would be useful. Please note, these claims are distinct but are meant to be read together.

[ Claim 1: The most accepted justification for IPRs – the Utilitarian based ‘incentive’ theory – indicate that ideally “Human Rights” based arguments should have no justified place in IP Policy ] 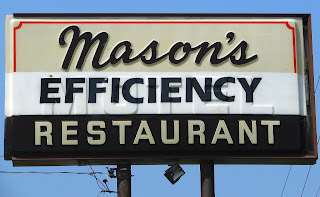 Among the various theories which posit a justification for IPRs, the ‘incentive’ theory, stemming from utilitarianism (greatest good for the greatest number) has been internalised in IP theory as the primary justification for IP. To properly understand the incentive theory, we first have to understand that as a ‘public good‘, information is most efficiently used when there are no barriers to it being shared, consumed and accessed. When restraints or limitations are placed on information, it leads to the presence of ‘static inefficiencies’ which in turn lead to what are called ‘deadweight losses.’

However, the ‘public good’ nature of information also means that there is little incentive to engage in activity which creates new information – especially when resources are consumed in such creation – as there is no way to even recuperate costs when the idea can be copied freely after it is created. Thus a right to exclude others from disseminating information that you have created is seen as justified so long as it incentivizes the creation of new information sooner than would’ve occurred otherwise.

To state this in terms of social welfare (which refers to the overall welfare of society]:
Pricing out of some consumers through exclusion rights leads to a certain loss of social welfare as some who would’ve otherwise been able to purchase the drug are now no longer able to purchase the drug. At the same time, these exclusion rights act as an incentive for the production of new drugs and this leads to a gain in social welfare in both immediate terms as well as in terms of future welfare. Achieving the largest ‘social welfare’ gains thus involves making this tradeoff as efficiently as possible. This means minimizing static inefficiencies as far as possible without harming incentives to create more drugs.

Thus it is a utilitarian value to provide drugs to as many people as possible without harming incentives to create new drugs. The ideal way to do this would be to have perfect price discrimination – i.e., everyone who needs the drug, is able purchase the drug at their ability to pay. This of course doesn’t happen in the real world as it is impossible to know everyone’s willingness/ability to pay. And there are also fears of arbitrage. However, if there is a market of which only 2% are able to purchase the drug, and this 2% contributes only a negligible portion to further incentives, utilitarianism, i.e., the justification for IP would require a compulsory license for this drug in this market.

The utilitarian – incentive – efficiency approach already attempts at maximizing social welfare by minimizing welfare losses and maximising welfare gains. Any shifts in tradeoffs (ie, ‘strengthening’ or ‘weakening’ pharma patent regimes) need to be justified on this metric. Weakening patent rights ought to only be allowed as long as new drugs are still incentivized. Patent rights should be made stronger only as long as they are providing benefits that sufficiently outweigh the harms being caused by patients being priced out of buying their medicines.

Thus, assuming ‘social welfare’ is what we value most, ‘human rights’ claims bring nothing new to the table. It simply does not matter if a group’s ‘right to health’ (a vague phrase on its own) is being violated – if the ‘protection’ of this right to health means that newer drugs for everyone else are taking much longer to come into existence and thus causing a greater harm. Just as it makes no sense to strengthen patent rights in a region where too few people can afford high-priced drugs anyway, as there is negligible addition to incentives for new drugs from that region. Making the tradeoff as efficient as possible already accounts for minimizing social welfare losses as far as possible. Unless one is willing to make the claim that rights to health are absolute and trump everything else including welfare of society, then it makes no sense to say that these rights are in ‘conflict’ with patent rights – as an ideal efficient utilitarian patent system is one that already takes into account the maximization of social welfare. It is true of course, that human rights claim often overlap with demands to minimise social welfare losses but on their own human rights claims do not add anything useful to determining what the patent tradeoffs should be. And in fact, due to their vague unprecise nature, are not helpful in cost-benefit analysis anyway – and the cost – benefit analysis is all that should matter.

[In the health context, one measure that can be used to calculate losses and gains is the Disease Adjusted Life Year (DALY) index. This measure quantifies disease burden in economic terms. While it cannot be a perfect measure, it has been continually improving over the years and is being used successfully  in large scale studies of global disease burden.]

Part II of this series is available here. Part III is here.