Chaitanya Ramachandran, who has blogged for us previously over hereand here, has sent us this excellent guest post analyzing the extent of intermediary liability in the context of defamation lawsuits. The specific backdrop to this post is first the recent litigation by Parle against Facebook, Twitter & Google, second the problems being faced by Mouthshut.com and third the pending appeal before the Supreme Court against the decision of the Andhra Pradesh High Court where the Court refused to quash criminal summons issued to Google in a defamation case filed by an asbestos firm in A.P.
Intermediary Liability and Defamation – Finding the Right Balance between Free Speech and Reputational Interests
By  Chaitanya Ramachandran
The issue of intermediary liability for defamatory content has come to prominence following two recent 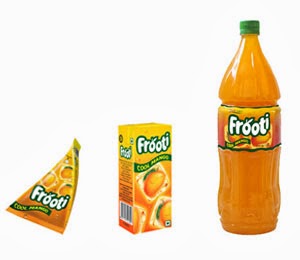 developments. The first is a case recently instituted in the Bombay High Court by Parle Agro against Google, Facebook and Twitter (see herefor the full story), in which Parle has alleged that these Internet companies should be liable as intermediaries for “promoting” defamatory content, which in this case was a viral post alleging that Parle’s popular mango drink Frooti is contaminated. The second is the revelation by Mouthshut.com (a popular review website) of the large number of takedown requests and legal notices it has received to date from companies that are unhappy with reviews of their products (details available here). These developments must be viewed in the context of increasing hostility towards social media websites from various interest groups in India; corporates are only the latest to join the ranks of political, religious, and other groups that routinely demand that social media websites take down “offensive” content.
The Problem With Notice and Takedown under the IT Rules
This worrying trend has been fueled in India by the Information Technology (Intermediaries guidelines) Rules, 2011, which correspond to s.79 of the IT Act, the main statutory provision governing intermediary liability. The rules specify the standard of “due diligence” expected of intermediaries, and, inter alia, require user agreements to prohibit the uploading of defamatory content. While this is not a particularly burdensome requirement in itself, its primary means of enforcement – namely the notice and takedown regime under rule 3(4) – is deeply flawed. Intermediaries who have received takedown notices must “act within thirty six hours and where applicable, work with [the] user or owner of such information to disable such information…”.  This provision gives any “affected person” carte blanche to issue a takedown notice to an intermediary, who in turn has virtually no choice but to comply for fear of losing safe harbour protection (the need for intermediaries to act swiftly has been stressed by the AP High Court in this judgment).  Therefore, this is an effectively unilateral notice and takedown regime that leaves the power of “affected persons” to issue takedown notices (including frivolous or unwarranted ones) virtually unchecked. By contrast, the new notice and takedown regime for copyright infringement (which we previously blogged about here) requires copyright holders to undertake to file suit within 21 days of the take down request, failing which the intermediary may legally reinstate the content that was taken down.  By burdening notice issuers with an obligation to file suit, this system ensures that all claims will ultimately be evaluated by a court of law, and also, to an extent, discourages aggrieved parties from issuing frivolous notices. The regime under the IT Rules does not impose an equivalent obligation on notice issuers. 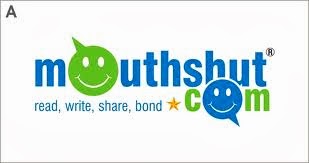 Unsurprisingly, Mouthshut.com has filed a petition in the Supreme Court challengingthe IT Rules. Significantly, the bench observed during an interim hearing that curbs on freedom of speech should be restricted to those permitted by Article 19(2) of the Constitution. Given that the notice and takedown regime under the IT Rules potentially permits affected persons to exceed the scope of the established Constitutional restrictions on free speech in a completely private process, a very strong case exists for the existing rules to be struck down.
Intermediary Liability and Defamation
Although the existing notice and takedown regime for defamatory statements is flawed, this is not to say that all claims against intermediaries for defamatory content are without substance. With respect the Bombay High Court case, there is no doubt that a false statement relating to the purity of Parle’s products has the potential to cause vast losses to Parle, especially as summer is a crucial sales period for soft drinks like Frooti.  The difficult question is, where should the line be drawn between Parle’s reputational and commercial interests and Facebook’s interest in avoiding the massive costs and impracticability of policing its website for defamatory content?
This is not a new problem; the law of defamation has always had to grapple both with authors who make defamatory statements and publishers who, knowingly or unknowingly, disseminate them. However, the analogy between Internet intermediaries and print media publishers is not perfect. A single Internet intermediary can potentially reach a much larger number of readers than a single print publisher; at the same time, the number of posts or webpages hosted by intermediaries like Facebook and Google must surely be orders of magnitude larger than the number of articles published by a print publisher. This is probably why disgruntled groups regularly target intermediaries. Individual authors are responsible for creating viral posts such as the one targeting Parle; but the only practical way of controlling the damage done by such posts is to target the intermediary, who has some power to control the dissemination of the material.
Intermediaries may be targeted in two ways. The first is the notice and takedown situation described above, in which the intermediary is not itself found liable for defamatory content as long as it complies with a takedown notice under the applicable legal framework. The advantage of a well-designed notice and takedown system is that it does not require intermediaries to police their services, albeit at the cost of having to comply with takedown notices. The second way in which intermediaries may be targeted is fault-based; a situation in which intermediaries are deemed to have knowingly published defamatory material, and are sued in their capacity as publishers. A notice and takedown situation may evolve into a fault-based situation if the intermediary refuses to comply with a legitimate takedown request, although this view is contestable. For example, earlier this year, the English Court of Appeal decided that Google would be liable as a publisher of defamatory content where it failed to comply with a takedown notice within a “reasonable time”.
However, in the typical case of a user authoring a defamatory post that subsequently goes viral, the petitioner’s remedy should ordinarily be restricted to a timely takedown. Of course, the problem is that the existing framework is unworkable, and needs to be replaced with a balanced regime that circumscribes the power of notice issuers. Parle may be genuinely aggrieved, as may be some of the parties that have issued notices to Mouthshut.com (especially those that are victims of fake reviews or sabotage by their competitors), but the solution cannot be to sue intermediaries for “promoting” defamatory content where their role has not gone beyond hosting such content without actual knowledge of its defamatory nature. This would only continue the trend of chilling free speech online, and would also adversely affect Internet companies’ incentives to innovate by providing newer and better tools for people to communicate.
Conclusion
The law as it exists today in India does not adequately protect the interests of Internet intermediaries in cases where their users post defamatory content. It is essential for the law to lead the way by laying down robust norms protecting the interests of intermediaries, because there is a worrying amount of hostility towards social media in India today. The best way of striking a balance between protecting the reputational interests of parties that find themselves being defamed and protecting free speech online may be to redesign the notice and takedown regime under the IT Act. A well-designed system would permit genuinely aggrieved parties to require a takedown of content pending final determination by a court of law, while simultaneously discouraging frivolous notices by, for example, explicitly restricting the grounds to those currently recognized under Article 19(2).