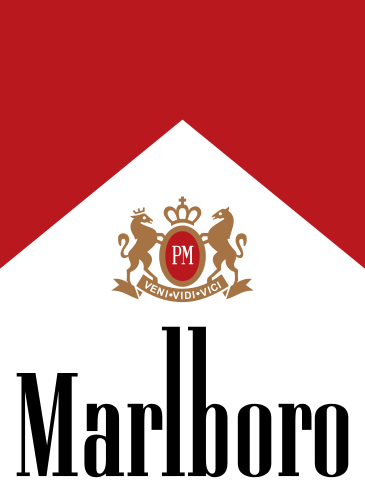 People say that the world isn’t “black and white”; that there are many shades in between, of which, the grey areas usually raise difficult questions. This belief applies even in the world of Intellectual Property Rights. Parallel imports i.e. lawful import of a genuine trademarked product without the permission of the proprietor thereby creating a trade channel that runs parallel to the proprietors authorized trade channel, is usually called a ‘grey market’ import (see here). Such imports are not ‘black’ because the goods are genuine and have been lawfully purchased and IP owners claim that these imports are not ‘white’ because they haven’t authorized the import. A Division Bench of the Delhi HC in Kapil Wadwa v Samsung (2012) held that India follows an international exhaustion regime which legalizes parallel imports of trademarked goods. (Samsung has appealed this decision and it is before the Supreme Court for consideration. Shamnad has written extensively about this case and parallel imports here and here)

A recent decision of the Delhi High Court, while upholding the international exhaustion principle, lays the burden of proving that the initial purchase of the trademarked good was legal on the importer: “The importer/defendant has to prove that the impugned goods, bearing a particular trademark, were placed in any market worldwide by the registered proprietor of the said trademark or with its consent and thereafter, the defendant lawfully acquired them therefrom.”

The suit was originally filed by Philip Morris Products S.A. (plaintiff) who is the registered proprietor of the trademark MARLBORO in India under class 34. The plaintiffs have been selling cigarette packs bearing the said trademark internationally since 1957. They entered India in 2003 and command goodwill and reputation.

In May 2010 the plaintiffs found out that the defendants were selling, stocking and distributing counterfeit cigarettes under the name Marlboro as well as grey market versions of the plaintiff’s product. An ex parte interim injunction was ordered against the defendants and two local commissioners were appointed to visit the premises of the defendants to seize the infringing goods.

Even after issuing summons the defendants did not show up, so the court proceeded to examine the plaintiffs contentions and investigation report, ex parte.

On the point of grey market versions of cigarettes, the plaintiff contended that these versions of cigarettes were neither intended to be sold in India nor were the defendants authorized to sell these cigarettes. S. 29(1) of the Trademark Act 1999 merely states that any unauthroised use of a registered trademark will amount to infringement and does not distinguish between unauthorised sale of genuine or counterfeit goods. Therefore, the import and sale in India, being unauthorized, amounts to an infringement under Section 29(1) read with section 29(6) of the Act.

Also, they argued that though the cigarettes were fit for sale in India, they violated several packaging and regulatory laws of India. For example, the packaging contains “Cigarettes damage your physical fitness” without any pictorial depiction, MRP, origin/importer details, language etc. did not strictly conform to Indian labeling and packaging standards.

It was also argued that such imports “causing huge loss to the national exchequer by illegally importing the grey market versions and by evading the legitimate sales tax and customs duties on the same. They submit that such infringing activities are commonly known to be linked with terrorism & mafia.”

Considering these argument, the court first established that India follows an international exhaustion regime for trademarked goods as per Kapil Wadwa v Samsung (2012), interpreting S. 29 and S. 30(3)&(4) of the Act. Therefore, once goods have been lawfully purchased i.e. purchased in accordance with the laws of the country of purchase, the sale of such goods in India would not infringe the registered trademark in India. However, it was on the importer to prove that the goods had been lawfully acquired.

Since no defense had been raised by the defendants, there was no material to indicate that the defendant’s had acquired the goods lawfully. The court referred to statements made before the local commissioners where the defendants vaguely conceded that the cigarette packets possessed by them came from unknown suppliers or were gifts from a friend or given by foreign tourist. Therefore, the defendants were unable to prove that the impugned cigarettes were lawfully acquired.

In light of these circumstances the court did not examine the objections regarding packaging etc. and held that the sale of the impugned cigarettes by the defendants amounts to infringement. The court permanently restrained the defendants from using the trademark Marlboro for cigarettes sold by them and awarded nominal damages.