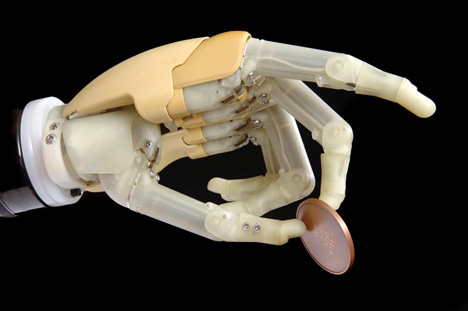 The following post discusses a patent and design infringement case (M.C. Jayasingh
Vs. Mishra Dhatu Nigam Limited (MIDHANI) rep. by its Managing Director, Apollo Hospitals) decided by the Madras High Court in January 2014. The court upheld the validity of the patent and design but also found no infringement by the defendants. [*long post]

The plaintiff along with Professor Mayilvahanan Natarajan (co-patentee) invented various prosthetics for limb salvage surgery. Made of titanium alloy or medical grade stainless steel, ‘Custom Mega Prosthesis’ (CMP) was developed to replace bone defects in different parts of the human body such as the shoulder, hip, elbow, wrist, knee, ankle, pelvic region etc. The plaintiff obtained design and patent registrations for 15 kinds of CMPs.  There were several inventive features of the products – polymer components used as journal bearings reduced friction and enhance smooth movement of the joints; a rotating hinge allowed free movement of the two bones that were connected by the prosthesis, which reduced the stress on the bones and joints; an extending mechanism enabled the prosthesis to expand even after surgery to enable growth of bones in a symmetrical fashion and a thrust bearing pad ensured friction free articulation of joints.

The plaintiff had been supplying these prosthetics to the third and fourth defendants. Through a newspaper article and on reviewing a potential employee’s research project, the plaintiff suspected that the defendants were infringing his patent and hence filed a suit for infringement.

This case was concerned only with one patent and design- ‘Distal Femoral Prosthesis with Thrust Bearing Polymer Pad and Rotating Axis Mechanism’ (patent No. 196333, which corresponds to the design No. 191946)

At the outset, a number of issues were raised that challenged the maintainability of the suit. These were- non-joinder of the co-patentee (a necessary party) and mis-joinder of certain defendants. The court did not find any of these challenges to be fatal to the institution of the suit and hence allowed the suit.

The defendants then raised the defense of invalidity of the patent. In the alternative, they submitted that even if the patents were found valid, their products were not similar to the products of the plaintiff and hence not infringing.

Section 107 of the Patent Act, 1970 enables a defendant, in a suit for infringement, to invoke any of the grounds under Section 64 as a defense. Section 64 lays down various grounds for revoking a patent. Section 64 also lays down (i) the persons, at whose instance, a patent can be revoked (any ‘person interested’ and the central government) and (ii) the Authorities competent to revoke a patent (the IPAB and the High Court ‘on a counter-claim in a suit for infringement’).

In the present case, it was contended by the plaintiff that so long as there is no counter-claim by the defendants, the grounds under Section 64 could not be invoked. The court, however, read Section 107 and 64 together and held that even though there was no counter-claim, since Section 107 is an enabling provision which allows defendants to use grounds mentioned in Section 64 as defenses, the absence of a counter-claim would not vitiate the defendant’s arguments. The court drew a distinction between an action brought under Section 64 (an offensive action seeking to revoke the patent) and a Section 107 action (a defensive action only using Section 64 as a defense).

Acknowledging that unlike the US, India does not have a statutory presumption of validity of a patent, the court accepted that a certificate of registration of patent does not guarantee validity. So, the court proceeded to examine whether the three criteria of an invention i.e. novelty, inventive step and industrial applicability were satisfied.

In assessing novelty, Section 2(1)(m) lays down that an invention is ‘new’ if it has not been anticipated by publication in any document or used in the country or elsewhere in the world before the date of filing of patent application with complete specification. The defendant claimed that the rotating hinge mechanism already existed and hence this was not a novel feature. However, the court held that even though the rotating hinge mechanism existed, the defendants produced no evidence of existence of the thrust pad and its use in combination with the rotating hinge. This combination was not a mere addition as it resulted in (i) bio-compatibility; (ii) flexibility; and (iii) comfort. Therefore, novelty was upheld. These results were later examined to uphold industrial applicability.

The court observed that a Distal Femoral prosthesis is a device already in existence but the plaintiff contributed to several improvements. However, if these improvements were merely workshop improvements that are so ‘obvious to a person skilled in the art’, they would not be amenable to patent protection.

The defendants contended that the use of the polymer competent, the rotating hinge and a pivotal hinge were standard concepts that were recommended for surgical application and were disclosed in 1980s by M/s. Howmedica, USA. However, no evidence was produced to establish the same. Moreover, the defendants contradicted themselves which showed that the defendants did not even know whether the substance used in the patented was a polymer or UHMWPE. Therefore, the defendants failed to prove that the invention was obvious to a person skilled in the art.

“This is why the defendants set up the plea of obviousness on the ground that these developments were known or at least expected in prior art, for persons skilled in the art. But I rejected that argument with a view to give the benefit of some innovation to the plaintiff. Therefore, as a corollary, the defendants are also entitled to the benefit of the dissimilarities that exist between their prosthesis and the plaintiff’s prosthesis.”

The court may have taken this stance as the defendants were developing these prosthesis as part of their Corporate Social Responsibility program and were selling them at a cost-to-cost basis  for treatment of cancer patients. They were otherwise not in the business of manufacturing and selling such devices. Moreover, the co-patentee himself allowed the defendants to develop their version of the prosthesis. The inference that was draw was that since the co-patentee did not bring an infringement action, the device developed by the defendants must surely have been different from the patented product. The court also observed that a prosthesis was first developed in 1951 and the defendants, like the plaintiffs, were entitled to make improvements and use the same as long as it was different from the plaintiff’s patented product. Since both the products were not the same, the court held observed that there was no intention on part of the defendants to slavishly copy or infringement the plaintiff’s patented product.

The plaintiff claimed that the novelty of design lies in the shape and configuration of the product. The defendants did not challenge the validity of the design in their written statement, so went on to assess whether the design was infringed.

The plaintiff could not produce any evidence of infringement. Moreover, the court observed that every prosthesis takes the shape and configuration of the bones and knee joints and there is no other shape a distal femoral prosthesis can take, if it is intended to replace a bone affected by tumor. Therefore, infringement was not established.

The court seems to have undertaken a ‘product v product’ examination in assessing infringement. Time and again on this blog we have noted that in assessing patent infringement what needs to be compared in the patent claim (not the product) and the defendant’s product i.e. a claim v product analysis. Shamnad has discussed this issues in detail in his post here.

Throughout the decision, the court traces several judgements from the US, UK and India, making the judgement an encyclopedia of precedents and tests that have evolved and developed over time. Though a lengthy judgement it makes for an educative and enriching read.

The decision also throws light on Jefferson’s philosophy and provides a detailed account of US patent history. Jefferson was both an inventor as well as a law maker who signaled the creation of a patent regime in the US. Interestingly, he was personally against the idea of monopoly rights. Jefferson did not believe in granting patents for small details, obvious improvements, or frivolous devices. His writings evidence his insistence upon a high level of patentability. As a member of the patent board for several years, Jefferson saw clearly the difficulty in ‘drawing a line between the things which are worth to the public the embarrassment of an exclusive patent, and those which are not. Clearly, the Indian Section 3(d), seems to be in line with Jefferson’s philosophy as it prevents ‘ever-greening’ and ensures that small, obvious improvements are not granted a monopoly.

The case is also significant for its reading of Section 64 and 107: “75. In other words, there is a distinction between the area of operation of Section 64(1) and the area of operation of Section 107(1). If a defendant wants the plaintiff’s patent to be revoked, he must file a counter claim in a suit for infringement. If he is not interested in the revocation of the patent, but is interested only in defending himself against an action for infringement, it is not necessary for him to file a counter claim. Section 107(1) is an enabling provision. This is why it uses the expression ‘defence’. A petition for revocation of patent in the form of a counter claim is an offensive action and not a defensive action.”

The case also throws light on and compares the Design Act 2000 with the Patent Act in terms of drafting, remedies, rights etc.