In an order dated July 3, Justice KN Basha and Technical Member DPS Parmar allowed an appeal by the Council of Scientific and Industrial Research (CSIR) against Hindustan Unilever Ltd. regarding the former’s application for a patent on a novel iodising agent for table salt. 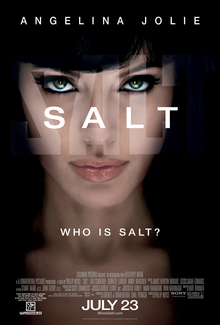 But is it iodised? (Image from Wikipedia)

At the outset, it’s important to note that this IPAB ruling was issued without hearing the respondent. In a letter dated Feb 14 2014, HUL unequivocally informed the IPAB that in the years since its initial opposition, it had changed its business strategy and no longer intended to contest the appeal. HUL’s stance can be summarised in the following line from its letter to the Registry: “You are…to dispose of the appeal on merits considering the fact that a bad patent should not be allowed to be granted when the invention is unmeritorious as that would be contrary to law and public interest.”

Thus, it’s entirely possible that the non-adversarial nature of the proceedings in this case could have influenced the decision of the IPAB. With this in mind, let us delve into the issues presented.

The order of the Assistant Controller rejected the application on the ground that it lacked an inventive step under S. 25(1)(e) of the Patents Act. On appeal, CSIR’s argument hinged on the following limbs:

First, the Assistant Controller ruled that a person skilled in the art would be able to vary a process disclosed elsewhere (most specifically in a South African patent) to obtain the optimum result shown in the claim. CSIR argued that there existed no literature that even suggested the possibility of such optimisation of the process in question. Thus, CSIR asserted that the claim was for a novel and inventive process, rather than mere optimisation of an already known process. Further, CSIR pointed to experimental results and other enhanced characteristics of the claimed iodising agent as compared to the product disclosed in the South African patent. These included higher iodate uptake, more uniform distribution of iodine, increased stability of the agent, and reduced preparation time. CSIR argued that all of these enhancements stemmed from its claimed process steps, such as the chosen particle size and concentration of hydrotalcite, temperature, and time period for ageing. CSIR seems to have filed extensive experimental results to demonstrate the drastically improved efficacy of its product as against the South African process, and this seems to have caught the bench’s attention.

Second, CSIR argued that the Assistant Controller’s order, holding that the use of a particular raw material (Pharma grade hydrotalcite) lent no inventive element, was incorrect to the extent that this determination did not take into account the properties that the specific particle size that the raw material lent to the finished product. CSIR asserted that the particle size of the hydrotalcite was crucial to the uniformity of iodine distribution and the loading of iodate in the agent.