Last week, the Kerala Police arrested three students (two of them under the age of 18) in connection with the investigation into the large-scale piracy of the recently released blockbuster Premam. 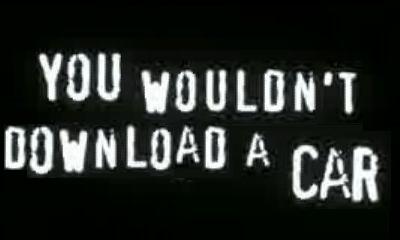 I would if I could!

The police reaction in this case is symptomatic of the problems that an IP criminalisation approach brings – since police action can be most easily brought against the weakest link in the piracy chain, it’s most likely going to be nothing more than a newsworthy scapegoating exercise.

In the case of Premam, a ‘censor copy’ of the film was uploaded on the internet by someone masking their IP address. It’s abundantly clear, therefore, that the perpetrators must have had close links with someone in the censor board. In our current approach to digital piracy, the police is incentivised to make arrests in a ‘show of force’ reaction, rather than conducting a focused, low-profile investigation that identifies the larger actors and penalises them suitably.

This is a sentiment that’s been echoed by the parents of the arrested students – one can’t help but feel that there’s something wrong with a law enforcement system that seems to think that arresting three teenagers can do anything to neutralise a piracy ring with obvious connections to high-level bureaucrats.

In a similarly counterproductive reaction to the unauthorised distribution of the movie online, the Kerala Film Exhibitors Federation called for a shutdown last week, leading to over 400 theatres remaining closed on Friday. While it’s understandable that the film industry feels the need to make a strong statement against digital piracy, the fact of the matter is that such reactions simply don’t bring any tangible benefit. It’s been demonstrated that the best way to combat piracy is to make legal content more accessible (through better distribution channels such as NetFlix, for example), but the industry is doing exactly the opposite through knee-jerk reactions like this one. The most “in your face” result of this reaction is already being felt – the release of the high-budget Baahubali, scheduled for last Friday, has been prejudiced by the strike in Kerala. The solution to piracy lies not in the throttling of content supplied to the market but in increasing the flow of legitimate content to crowd out the market for pirated work. Until the film industry realises this, it will only keep throwing the baby out with the bath-water.

The biggest problem with such reactions by the film industry is that they feed back into the administration’s flawed approach to piracy. Knee-jerk responses by the industry demand instant and visible action on the part of the police, leading them to make quick arrests of relatively lower level players rather than mounting investigations against the “bigger fish” in the sea. Because of this, everybody loses – the industry doesn’t beat piracy; the police don’t catch the people they need to; and teenagers whose gravest charge consists of clicking ‘upload’ on a computer screen end up getting the same treatment as drug lords and gang leaders.