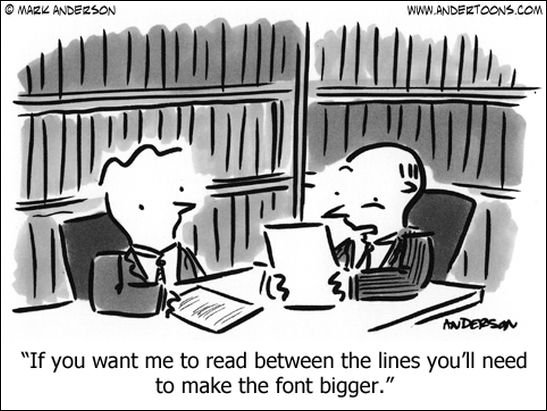 On the 12th of December, 2016, the Madras High Court passed a brief order in the case of Sony Music Entertainment India Pvt. Ltd. v. Raj Television Network Ltd. (read the order here). The Court restrained Raj TV from using the sound recordings and images owned by Sony, as well as synchronizing Sony’s underlying musical and literary works with visuals to create cinematographic films.

While the order doesn’t go into the specifics of the factual background, Sony Music filed this case against Raj TV, a Chennai based television network for the unauthorised use of their copyrighted works. Sony named seven movies produced by Raj TV, in which they alleged the use of both sound recordings and the underlying literary and musical works (‘works’) in which Sony held copyright, without prior approval. The Court passed an interim injunction restraining Raj TV from inter alia communicating to the public the works in which Sony owned copyright through networks/channels, their website, or mobile sites and applications. The injunction also restrained Raj TV from embodying or performing new cinematographic films “created with new visuals/ synchronised versions/ new adapted sound recordings and/or master sound recordings, based on underlying musical and literary works, owned and controlled by the Plaintiff”.

This order has a number of issues. For starters, the Court does not delve into the facts of the case, the law relied on, or their reasoning for granting the injunction. The order simply consists of the interim injunction passed. This is problematic as the legitimacy of a judicial decision is derived from the Court’s interpretation of the law and facts that lead it to its conclusion.  More than anything, providing the reasoning behind the Courts order ensures that judicial transparency is maintained. This lack of clarity provided by the Court brings up a few questions:

What are the works alleged to be infringed?

Importantly, the injunction prevents Raj TV from exploiting the rights in both the underlying musical and literary works and the sound recordings. However, the order only provides a list of the movies in which Sony’s musical works are allegedly incorporated, and fails to mention the specific works for which this suit has been instituted.

Why did Sony bring this suit against Raj TV?

As far as I understand, Raj TV is a broadcasting company. The order names seven movies broadcast by Raj TV in which Sony ‘owns songs’: ‘Dasavatharam’, ‘Sakkarakatti’, ‘Raman Thediya’ ‘Seethai’, ‘Panthayam’, ‘Yennai Theruyuma’, ‘POO’, and ‘Vaaranam Aayiram’. Raj TV did not produce the movies in which Sony allege the inclusion of their works.

What are the licensing agreements in place?

What might have transpired is that Raj TV licensed the rights to broadcast the movies from the producers of the movies listed in the order. If I am to assume that the producers of the movies have entered into license agreements with Sony for the use of their musical works, is Raj TV indebted to as well? If the producers haven’t entered into such license agreements, well then that begs the question of why this suit was not instituted against them. An analysis of the facts would determine who the primary and secondary infringers are. The question of law and fact is therefore this – do broadcasters require separate licenses for the music incorporated into films that they have in turn licensed from production houses?

Sections 52 and 14 of the Copyright Act, 1957 (the ‘Act’) provide that communicating a work to the public would qualify as copyright infringement. Going only by these provisions, there is a possible case that Sony could make against Raj TV for the broadcast of the allegedly infringing movies. However, when the probable license agreements between the parties are considered, Raj TV would not have been in the wrong should the agreements have granted them the rights for the movies, and consequentially the musical works. The license agreement between Raj TV and the producers should have, through representations and warranties included the rights to the underlying works incorporated in the film. If the agreement did not specifically include this, it would only then perhaps follow that Sony has the right to restrict Raj TV from broadcasting the movies.

Effect of the 2012 Amendment

Another thought – is it possible to separate an infringement of copyright claim from one of exploitation of purely the economic rights in the underlying works in a movie? The 1977 judgement of Indian Performing Rights Society (‘IPRS’) v Eastern Indian Motion Pictures Association & Ors. has been heavily relied on by judgements instituted before the 2012 Amendment to the Copyright Act, the recent case of IPRS v. Aditya Pandey included. This case held that the ownership of copyright in all underlying works incorporated into a movie vested with the film producer, unless a contract provided otherwise.

As I had missed in my previous post and Tanvi, a commenter was kind enough to point out – the 2012 amendment clarified the law under Section 17 to mandate that the incorporation of original literary, dramatic, musical and artistic works into a cinematographic film would not affect the rights of the rights of the authors of the underlying works. However, this clarification by way of the amendment cannot be applied to cases instituted before it came into being, or before the 21st of June, 2012. An interesting question to then look into would be whether the amendment would have retrospective effect and apply to contracts entered into before that date.

As far as the collection of royalties is concerned, IPRS v. Aditya Pandey drew a distinction between the sound recordings which formed part of the cinematographic films and those that didn’t – holding that lyricists and producers would be entitled to collect royalties for the latter. Section 19(10) of the Act as inserted by the 2012 amendment states that “no assignment of the copyright in any work to make a sound recording which does not form part of any cinematograph film shall affect the right of the author of the work to claim an equal share of royalties and consideration payable for any utilization of such work in any form.” This distinction is relevant for the determination of Sony’s rights vis-à-vis Raj TV’s agreement (if any) with the producer of the movie.

While this line of thought is purely hypothetical until we get some clarity on the facts of the case, this is a fascinating aspect of copyright law to examine further. We can only hope that the Court delves into the factual and legal scenario surrounding this issue in subsequent orders.

Another critical issue is that the press release that Sony sent to us, and to media organisations (see here and here) states that the Court passed a permanent injunction against Raj TV. As is clearly stated in the order, the injunction is only interim in nature, and is therefore subject to final determination by the Court. This misrepresentation of judicial orders is problematic, as it attempts to give more weight to the ruling than is appropriate. While this mistake is understandable if the PR and Marketing teams of these companies are not very well versed in the law, it is integral for judicial decisions to be reported accurately to avoid any errors of interpretation. It is for this reason that we at SpicyIP ensure that our posts are based on credible sources, in the rare event that we have not been able to procure the Court order.