In Part I, we went through a basic introduction to shape trade marks.

Now, let us look at at the issues raised in the case of Koninklijke Philips v. Remington.

As a result of these being European cases, our focus should be much more on the theoretical aspects, as opposed to the facts or the court’s holding. Therefore, I have endeavoured to make these posts theoretically intensive, rather than factual.

Philips tried to register a 3D shape (produced below) as a trade mark. 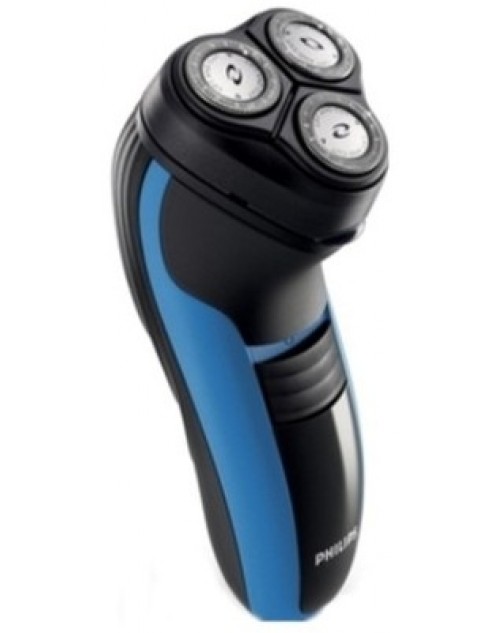 The case went through a ton of courts, regarding which our concern needs to be minimal.

The European Court of Justice was asked to clarify on 7 questions of law.

In this piece, we will only discuss one of them on account of its relevance to us.

First, let us look at the question verbatim and then proceed to deconstruct further.

Where a trader has been the only supplier of particular goods to the market, is extensive use of a sign, which consists of the shape (or part of the shape) of those goods and which does not include any capricious addition, sufficient to give the sign a distinctive character for the purposes of Article 3(3) in circumstances where as a result of that use a substantial proportion of the relevant trade and public associate the shape with that trader and no other undertaking…?

A trade mark may consist of any sign capable of being represented graphically, particularly words, including personal names, designs, letters, numerals, the shape of goods or of their packaging, provided that such signs are capable of distinguishing the goods or services of one undertaking from those of other undertakings.

(a)    signs which cannot constitute a trade mark;

(b)    trade marks which are devoid of any distinctive character;

(c)    trade marks which consist exclusively of signs or indications which may serve, in trade, to designate the kind, quality, quantity, intended purpose, value, geographical origin, or the time of production of the goods or of rendering of the service, or other characteristics of the goods or service;

(d)    trade marks which consist exclusively of signs or indications which have become customary in the current language or in the bona fide and established practices of the trade;

(e)    signs which consist exclusively of:

–    the shape which results from the nature of the goods themselves, or

–    the shape of goods which is necessary to obtain a technical result, or

–    the shape which gives substantial value to the goods;

The established facts or premises underlying the question:

(a) Philips owns a de facto monopoly over the shaver market over a long period of time. Consequently, consumers consider the shape mark to belong to Philips.

(b)The shape does not consist of any “capricious” (shall explain) element.

Taking into account the above facts, the court considered if it could allow Philips to register the shape.

A close reading of the question would reveal that two issues have been fused into one question. Thankfully, the court has split these issues neatly and dealt with them separately.

Let us first look at fact (b).

What does it mean when the courts says that the shape does not have a “capricious” element?

Though we will review Art. 3(1)(e) (or similar provisions) in much greater depth in upcoming posts, it would be beneficial to acquire a basic understanding of the provision here itself.

Essentially, trade marks of shapes that are purely functional are not allowed to be protected. The rationale behind the law is to disallow undertakings from preventing competitors from using shapes which are required to include beneficial features in a product.

Since only shapes that are entirely functional are restricted from registration, the existence of a “capricious” or arbitrary element (part) allows undertakings to register such shapes, as then competitors can discard that “capricious” element (which is, by definition, useless for any feature) and include the rest of the shape that is required for enabling beneficial functions in the product.

I am in total agreement with the court’s conclusion on this point. As far as the rationale underlying the provision is concerned (of preventing monopolies and anti-competitive practices), the court’s judgment ensures that competitors will not be precluded from incorporating functional features into their products.

Furthermore, a reading of the text clearly indicates that 3(3)[Acquired distinctiveness] does not overrule 3(1)(e)[purely functional shape], while it can override challenges related to 3(1)(b)[lack of intrinsic distinctiveness], (c)[descriptiveness] and (d)[genericity].

If you haven’t understood the above analysis, it’s alright.

We will deal with this issue in much greater detail while dealing with other cases in this series.

Now, let us move on to analyse fact (a).

The court is essentially analysing if the fact that Philips has had a de facto monopoly over the shaver market precludes it from registering a shape mark whose (acquired) distinctiveness is a result of the monopoly. For revising the concept of “acquired distinctiveness”, refer here.

In other words, is it fair to allow an undertaking to exploit the reputation of the mark, which (reputation) was caused as a result of the undertaking having a monopoly for a long duration

When we analyse the factors underlying acquired distinctiveness, we need to be weary of the distinction between indicative and decisive factors. But before that, a quick revision:

What is “acquired distinctiveness”?

When the public uses a mark to identify an undertaking over time, though it did not initially, the mark is said to have acquired distinctiveness.

There is only one decisive question:
Does the public associate the mark with the undertaking?

If the answer to the above question is “Yes“, then we need not inquire into the other factors.

It would be logically fallacious to make indicative factors decisive, because if the trade mark applicant can prove that acquired distinctiveness (public’s association of mark with undertaking) was attained, despite the absence of certain indicative factors, he should not be denied registration (since, the necessary final effect has anyway been achieved).

We will see a similar analysis while discussing “substantial value” in the Hauck case. .