With the development of innovative methods of brand-image building, there has been a proliferation of non-conventional trademarks. After colour, sound, scent marks and the like, proprietors are now seeking to trademark ‘layouts’ of stores and service outlets. These marks are different from architectural trademarks, the first of which in India were registered for the Taj Mahal Palace Hotel (discussed in detail here) and the BSE Building, both situated in Mumbai. While these protect the image of the buildings’ exteriors as device marks for commercial use, layout marks are intended to protect the sophisticated layouts of stores, including the interior and consisting of a distinct arrangement of features, colour patterns, furniture. 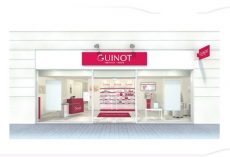 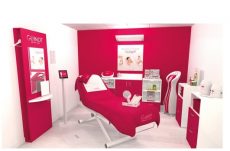 Among these is Mary Cohr, seeking protection for the layouts of its ‘store front’ as well as ‘salon area’ (Application No 4073262 and 4134918 respectively). Another applicant has filed for a 3D trademark over the layout of a Vedic restaurant (4100482). Recently, Godrej & Boyce’s U & Us Home Studio has successfully overcome a lack of distinctiveness objection and been granted a device mark for its ‘Discussion Area Zone’ (4169443). They have also applied to trademark their ‘Material Library Zone’ (4169441) and ‘Color Visualizer Zone’ (4169442). This post discusses some of the challenges presented by layout trademarks, focusing on the Discussion Area Zone in particular.

Store layouts or ‘business get-ups’ have enjoyed protection in the US since the case of Two Pesos v. Taco Cabana, where the US Supreme Court held that the Mexican theme-based get up of the Taco Cabana chain of restaurants, enjoyed trade dress protection under Section 43(a)(1) of the Lanham Act. Subsequently, trade dress protection has been granted to the layout and décor of a wine retail store, fast-food restaurant chains, and several retail-store layouts. Later decisions added the requirement to prove secondary meaning, for retail layouts to obtain trade dress protection. In 2013, after an initial rejection, the German Trademark Office referred Apple’s application for a 3D trademark over their store layout to the CJEU. The CJEU examined the layout’s pictorial representation and the elaborate word-description and held that the store adequately distinguished Apple’s services from those of others’, paving way for layout trademark protection in the EU. 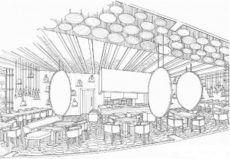 While there is no reference to layouts in the Trade marks Act, 1999, the inclusive definition of ‘mark’ under Section 2(m) has allowed for recognition of non-conventional marks. The Discussion Area Zone is registered as a device mark, rather than trade dress or 3D trademark as in other jurisdictions. The Vedic restaurant application (mentioned above) sought a 3D trademark, but was asked to change to a device mark. However, store layouts may be more appropriate as 3D trademarks, considering they are applied in a 3-dimensional form on business spaces, while device marks usually cover designs in 2D form.

While trade dress protection is another alternative, it may not be suitable for all layouts. In Colgate Palmolive v. Anchor Health, the Delhi High Court held trade dress to be the ‘overall impression that customer gets as to the source and origin of the goods from visual impression of colour combination, shape of the container, packaging.’ Trade dress protection in India is provided over broad thematic features. Since layout marks are applied over designs of stores and consist of arrangements of otherwise commonplace elements, specificity is desirable so as to avoid overbroad protection.

The Discussion Area Zone’s layout consists of a touch table, a TV, three chairs and a designed shelf to enable the customers to plan themes digitally. The mark initially faced a Section 9(1)(a) ‘lack of distinctiveness’ objection, but a detailed reply describing the uniqueness and popularity of the said mark has overcome the same.

The primary question regarding layout marks is whether they actually indicate the source of the product. In the Apple Store case, the German Trademark Office had originally observed that the design of a store may enable consumers to recognise the quality and price range of the goods, but not their source, necessitating use of other trademarks. Apple had countered this by stating that most 3D trademarks are applied on the product itself making them inseparable from it. This can be seen in cases like Toblerone and Zippo lighter, neither of which are used without labels. In fact, several non-conventional trademarks like colour and motion marks are used together with word marks. It follows that the layouts (3D trademark) for service-providing outlets being integrated into the service itself, cannot be rejected on grounds of requiring labels.

Source-identification is particularly important in the Discussion Area Zone’s case, as the trademark does not protect the layout of the outlet as visible from outside, but a section within the showroom. The consumer would not have access to the Discussion Area Zone until they actually enter the outlet. In re NV Organon, an orange-flavour mark was rejected, as the US TTAB pointed out that consumers don’t come in contact with flavor marks until they have consumed it, defeating source-indication function. Presently, while the consumers’ contact with the layout occurs before purchase decision is made, it still doesn’t serve the purposes of identifying and distinguishing the service outlet from those of competitors. The one possible case where it may do so is when the Discussion Area Zone stands as an independently-visible outlet within a mall or a combined brands showroom. But this has not been discussed in the application. Notably, Mary Cohr’s ‘store front’ mark has been granted, whereas the ‘salon area’, which like the Discussion Area Zone remains situated ­inside the showroom, faces a Section 9(1)(a) objection. This is a concern that requires particular attention.

Unlike conventional trademarks, store layouts consist of multiple elements in a unique arrangement. As the exact sizes in which the mark will be applied cannot be ascertained, it is likely to take on various appearances, running the risk of protection over all conceivable manifestations of the layout. However, layout marks would meet the Ralf Sieckmann standards for non-conventional trademarks, i.e., ‘clear, precise, self-contained, easily accessible, intelligible, durable and objective’ (adopted in India’s Draft Manual of Trade Marks 2015) if their pictorial representations are sufficiently descriptive of their proportions. Rule 29(4) of the Trade Mark Rules, 2002 requires that the graphical representation of shape trademark applications be in the form of drawings showing all features of the mark, accompanied with an accurate description of its constituent features. The registrar is also authorized to call for different perspectives. Interestingly, this would be applicable on 3D Marks, but not necessarily on device marks. Regardless, the recent layout mark applications have included actual photographs, making them sufficiently perceptible. 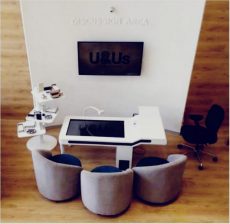 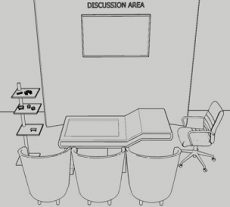 The functionality doctrine in trademark law prohibits the registration of marks which consist of technical features that add value to the product itself. Embodied in Section 9(3) of the Trade Marks Act, this doctrine is a safeguard against the anticompetitive effects of granting monopolies over functions. Functionality often creates roadblocks for taste or scent marks since they are likely to be used to make products more palatable (read Anupriya’s analysis of scent marks here). Flavour marks in particular face a harsher challenge to overcome as flavours are only added to consumables and the value of something which is intended to be eaten or drunk is inevitably influenced by flavour-addition.

In context of layout marks, functionality presents a veritable challenge as the articles combined together to obtain the unique arrangement be might those that are necessary to obtain specific technical functions – e.g., the use of showcases, cash counters, seating arrangements, etc. The Discussion Area Zone illustrates this. According to the product description, it consists of the following elements:

Arguably, the only elements in this design that do not serve a functional purpose are the leaf-shaped shelves, and the curvature of the chairs and wall. While a combination of elements which include functional and non-functional elements can still be distinctive, it is necessary to prove that the manner in which the features are combined amounts to more than simply the ‘sum of its parts’ (see Voss of Norway v. OHIM). Unlike the Apple Store description, it is not prima facie clear how this layout made of only 4 elements is non-functional as a whole. Though a Section 9(3) objection was not raised during the examination, in general, the Trademark office must undertake a careful consideration of the question of functionality.

To conclude, it can be said that while the Discussion Area Zone trademark has not dealt in depth with some of these issues, the unique nature of layout marks doesn’t present any obstacles that cannot be overcome by use of safeguards already present in the Indian trademark regime.