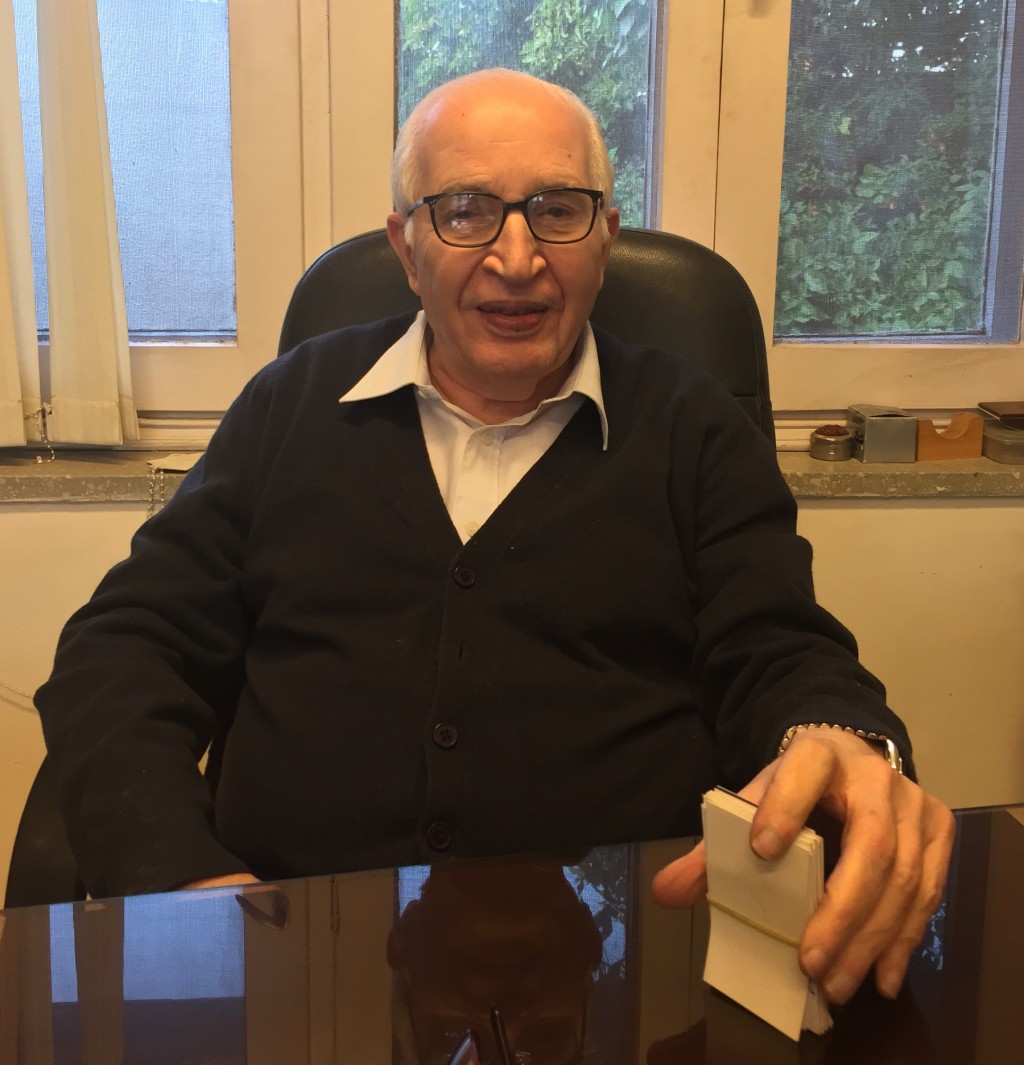 I barely knew him. But he taught me the most valuable lesson of them all. To take the “adversary” out of the “adversarial”! That was Tehmtan Andhyarujina for you. One of the finest counsels to have graced our courts. Sadly, he is no more with us.

I finished a marathon 3 hour session before the bench (comprising the wonderful duo of Justices Aftab Alam and Ranjana Desai), walking them through the structure of section 3(d) (a killer statutory provision that ultimately decimated Novartis’ claim to a patent) and juxtaposing it against the larger regulatory scheme around patents and drug regulation, and interspersing it with history, politics and even a little poetry (Ogden Nash to boot!)

At the end of my session, Andhyarijuna walks up to me. Patting me on the back he says: “Well done! Impressive arguments and great examples too”. But then he was quick enough to quip with an impish grin: “Though of course, I have to disagree with your conclusions!”

He then spoke to me of his love for academia and a desire to engage with Indian legal academia.

My jaw dropped! For I’d just been subjected in the past few days to what can only be described as an outpouring of hostility at the hands of some of the other counsels and their clients. The Novartis patent litigation boasted at least 7-8 different parties and 15-20 odd counsels that showed up!

The IPA (Indian Pharmaceutical Alliance) counsel in fact even went to the extent of misrepresenting my position to the court, which I thought was a tad bit unethical. But the most worrisome bit (and perhaps paradoxical too) was that some of the NGO representatives (who were opposed to Novartis) were openly hostile, despite the fact that we were effectively on the same side (arguing that Novartis should not be granted a patent). Hostility for the sake of hostility I guess. For that is what our beautiful adversarial litigation has come to engender. Where we strive to win at any cost, even if it meant compromising our sense of civility and (dare I say), ethics!

I was particularly peeved at the fact that one of them even went to the extent of unseating me (literally and metaphorically) on my very first day in court, stating rather sarcastically: “This portion is reserved for lawyers”! I didn’t realise then that being am academic stripped me of the coveted tag of a “lawyer” (I’ve raised this issue in a letter to the Bar Council of India and am sure this will convert to a court case soon).

But I digress. This is about Andhyarujina…that rare breed of a lawyer who, in one fell swoop of a moment, taught me the most valuable lesson of them all: To take the adversary out of the adversarial! And to be civil to even those that oppose us. Nay, to desist from viewing litigation as a zero sum game…with competing counsels as adversaries to be crushed at any cost. But to exhibit a fair bit of decency and work with each other as officers of the court to secure that much touted virtue that we profess more than practice: the pursuit of justice!

But most importantly, to remember that as we battle it out in court, we are effectively advocating someone else’s cause, making it less about us (and our super fragile egos) and more about the client, and what works best for him/her in the long run. What we at IDIA now refer to as holistic lawyering (in our bid to create the CHAMPS of tomorrow).

And this sets the stage for my next series of posts on mediation and more civilized ways of resolving disputes. Where we move away from a zero-sum game premised on formal legal posturing, to a win-win situation, where we identify the real interests that matter to the parties. And creatively craft out solutions that leave both sets of parties better off.

Indeed mediation has much to offer, if only we embraced it with more vigour. And I speak not out of extensive experience on this front, but from the little exposure gained through a stellar induction programme by CAMPS, a Bangalore based mediation outfit that is at the forefront of popularising private mediation in India. And more recently, I had the great privilege of sampling an enlightening workshop on mediation put together by the admirable Justice Gita Mittal and her wonderful team of mediators at the Delhi High Court Mediation Centre (Samadhan).

Andhyarijuna leaves us at a time when mediation is proving quite the rage. Catching up with even our law schools that are now beginning to get a bit serious about clinical legal education. Given his temperament, civility and creativity, I’m sure he’d have made an outstanding mediator. A huge loss for the fraternity. As this tribute by Venkat Iyer tellingly notes: “Tehmtan was, more than anything else, a very decent human being.”

Indeed, no better tribute to this exceptional lawyer than a conscious effort from all of us to emulate the “decency” that he stood for. To borrow from the bard: “His life was gentle, and the elements. So mixed in him that Nature might stand up. And say to all the world, “This was a man.”

ps: Image of Andhyarujina from Bar and Bench Interview.