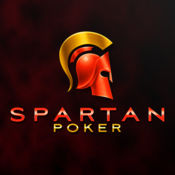 The Calcutta High Court, on the 12th of May, allowed Spartan Online to use the domain name ‘www.thespartanpoker.com’ in Rajat Agarwal v. Spartan Online (read the order here). Glaws had previously covered this dispute in March – read here. This is an interesting order, both for the observations on the law governing domain names, and for the parties involved. Read our previous posts on domain names here.

The Plaintiffs and the Respondents had entered into a joint venture to carry on their poker gaming business under ‘www.spartanpoker.com’ from Calcutta, even though the company was based in Maharashtra. This was done as the West Bengal Gambling and Prize Competitions Act, 1957 legalises poker and does not qualify it as gambling. Plaintiff No. 1, Mr. Rajat Agarwal made the application for the registration of domain name ‘www.spartanpoker.com’, while all trademark applications for marks including ‘Spartan’ were filed by Respondent No. 7. When disagreements arose between the parties, Rajat Agarwal was removed from the Board of Directors. The Respondents then incorporated a new company, ‘Spartan Online Pvt. Ltd.’ and launched a website under the name ‘www.thespartanpoker.com’. Rajat Agarwal then initiated trademark opposition proceedings to said trademark applications.

The Plaintiffs claim violation of their rights, as the domain name was registered by Rajat Agarwal. They contend that the Respondents had no right to start a new website that carried on similar business as compared to their initial joint venture, which they claim to be in breach of the agreement between the parties. Further, the Plaintiffs claim that they have a substantial stake in the Respondent No. 7 company, and the assets, profits, goodwill, trademarks, logo and website cannot be diverted to another entity.

It was moreover claimed that the use of ‘TheSpartanPoker’ was identical/deceptively similar to ‘Spartan Poker’, which was bound to create confusion in the minds of the public.  The Plaintiffs relied on Satyam Infoway Ltd. v. Siffynet Solutions (P) Ltd. and Suresh Dhanuka v. Sunita Mohapatra to argue that a domain name was recognizable as a trademark, and therefore any use of such domain name would amount to trademark infringement.

The Respondents claim that they had coined the term ‘Spartan’, as well as had made the applications for the trademarks. Further, it was contested that the Plaintiffs were never shareholders of the company, but were simply paid the remuneration for the services that they provided.

On the 25th of April 2017, Justice Soumen Sen found that the Calcutta High Court had the jurisdiction to try the matter even though the company was incorporated in Maharashtra. It was observed that the Respondents would not be inconvenienced if the matter was tried in this Court, as the website that hosted online poker was an interactive one, and had been made especially accessible within its jurisdiction.

In a separate judgement delivered on the 12th of May 2017, Justice Sen ruled for the Respondents in the present matter. The observations made were as follows:

It was held that a domain name is chosen as “an instrument of commercial enterprise not only because it facilitates the ability of consumers to navigate the Internet to find websites they are looking for, but also at the same time, serves to identify and distinguish the business itself, or its goods or services, and to specify its corresponding Internet location.” The Court went on to state that a domain name must necessarily be peculiar and unique to the business, as maintaining an exclusive identity was critical.

The Court observed that it is now well settled in India that domain names are to be protected along the same lines as trademarks, citing the Satyam judgement. The court however differentiated the Satyam judgement from the present matter, as  the domain name ‘www.spartanpoker.com’ was not identified with Rajat Agarwal, Plaintiff No.1 – unlike the Satyam case. Further, the Court observed that not only had the Respondent No. 7 applied for the registration of ‘Spartan’, the Plaintiffs had incurred no substantial expenditure apart from the registration of the domain name. The Plaintiffs did not spend on developing the web page, trade dress and designing of the mark and related expenses for its registration.

Therefore, the Court did not restrain Spartan Online from the use of ‘www.thespartanpoker.com’, stating that the Plaintiff would be able to claim damages from the Respondents in the event that their trademark oppositions are successful.  The Respondents were additionally directed to disclose all their transactions and accounts starting from 15th March, 2015.