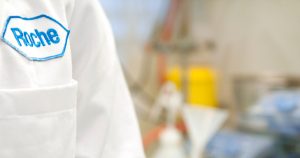 The Roche: Biocon saga over Herceptin took a dramatic new turn recently. Before getting into the details, here is a short timeline for those interested (I have not included a list of all the suits filed, for the sake of brevity).

Roche sued Biocon and Mylan before the Delhi High Court, seeking to restrain their sales of a biosimilar of Roche’s breast cancer medication, Trastuzumab. Rahul carried an analysis of that order over here and here. In this suit, they also took issue with the DCGI’s granting of a drug approval to Biocon & Mylan.

Incidentally, this was reversed by the Division Bench through an interim order – restoring the law as it stood before that order and allowing Biocon & Mylan to market their drugs. Rahul reported that in passing over here. As per the Delhi HC website, that interim order still operates, as a conclusive determination of the matter is still pending. Post that, the parties sued each other in parallel contempt applications, which Prashant covered over here. Further analyses into the orders were also carried by Prashant over here.

Subsequently, Biocon & Mylan claimed Abuse of Dominance (AOD) by Roche, before the Competition Commission of India (CCI). In an elaborate order, analysed beautifully by Mathews over here, here and here, the CCI found Roche to have prima facie abused its dominant position and instructed the Director General to investigate into the matter.

On May 24, 2017 Roche challenged this investigation order in a civil writ petition before the Delhi High Court. The Court issued notice to the CCI and the two companies and scheduled the matter for 2nd August.

To begin with, the maintainability of writ petitions against “investigation orders” issued by the CCI under section 26(1) of the Competition Act, was clarified by the Delhi HC in the case of Google v. CCI. Here, the court noted that such “investigation orders” are maintainable u/Art. 226 – subject to restrictions. The court in this case also allowed for the possibility of recall/review of these orders. This was allowed in view of a lack of provision for appeal of such orders.

While the order itself is painfully brief, the available press coverage (that, incidentally, is the only available one carried verbatim by all other news reports on the subject) states that the order was termed as “anti-competition and anti-legal” by the judge, who also reportedly opined that, “the competition regulator’s order would mean that no company in a dominant position can ever sue a competitor or make a representation to an authority against a rival as it would be held anti-competitive.” To me, this appears to be slightly absurd in view of the procedure established under the act. Section 26 prescribes that the CCI must deal with information before it in either of two ways: (a) dismiss it u/s 26(2) finding no prima facie case, or (b) finding a prima facie case, proceed with it u/s 26(1) by calling for investigation by the DG. Interestingly, in this case, one of the issues for consideration was whether the suits filed by Roche against Biocon & Mylan were ‘vexatious litigation’ amounting to Abuse of Dominance. And in fact, the CCI opined that the suits by Roche were not indicative of vexatious litigation amounting to Abuse of Dominance. The CCI further clarified the opposite of what the learned judge concluded by noting, “Recourse to legal proceedings, being a right of every party, cannot be concluded to be tainted with ulterior motives as a general principle. Such determination has to come sparingly in exceptional circumstances and the Commission is not convinced that any such circumstance has arisen in this case.”

It was with regard to the representations made by Roche about the informants’ product, that the CCI found trouble and directed investigation. This order, however, is merely an investigation order and is not conclusive as to the rights of either of the parties.

According to the report, the learned judge also found issue with the proceeding by Biocon & Mylan against a foreign entity – i.e. Roche’s non-Indian arms. As per the facts of the case, it was Roche’s swiss arm that initiated litigation and made some of the alleged misrepresentations (Paragraphs 18 & 19 of the CCI order). These being subject matter of the AOD considerations, the foreign entities had to be party to the proceeding! This finds expression in the competition act itself u/s 32, which allows the CCI to proceed against a foreign entity that influences anti-competitive effects within the Indian territory. Further, the factual matrix reveals that both ‘Genentech’ as well as ‘Roche India’, are wholly owned subsidiaries of Roche’s swiss arm, ‘Hoffman La Roche’. All three entities had undertaken relevant commercial activities within the Indian market, which were under the scanner and had to be investigated.

Regulation of Biosimilars: The True Elephant in the Room

A working paper by the Hutchins Center released last month documents competition regulation of the pharmaceutical industry. Although it is primarily US-centric, it documents certain economically evidenced assumptions crucial to us: 1) competition in the pharmaceutical market (through the entry of generics and biosimilars) is directly proportional to reduction in prices of such drugs, 2) competition in the biological drugs market faces more stringent barriers, and 3) these barriers are often in the form of regulatory obstacles preventing entry of biosimilars.

While the first assumption is a conclusion of most economic studies, it is well known that the regulation of biosimilar drugs are different from generic drugs. The paper notes that this regulation is stringent in foreign jurisdictions, which rarely allow biosimilars to enter their markets. On the other hand, studies show that developing countries, are not so stringently regulated. This trend may be evidenced by the increasing biosimilar market in India, as concluded by this paper here. This being said, the failings of the regulation system for biosimilars in our country has been discussed time and again – by a study supported by the Ministry of Corporate Affairs, and also rather eloquently by Prashant here.

I’d like to conclude by viewing this in conjunction with our existing competition law. The problematic effects of our biosimilar regulation system seem to become highlighted, when held against the social objective underpinning our drug laws. Public health and accessibility is key. Looked at it from that perspective, can we afford incoherent regulations amounting to multiple litigation that eventually create competition constraints for biosimilars? Alternatively, when international drug monopolists undertake prima facie illegal methods to stifle competition, must we not allow our competition regulation bodies to take them to task?