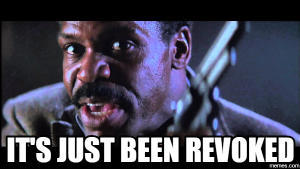 On 19th June, the Bombay HC in exercise of its writ jurisdiction, passed an order restoring Chemtura Corporation’s patent (patent number 213608) on the register. While doing so, the Court also effectively overturned a 2012 IPAB decision revoking the same patent. Prior to this, the Chemtura patent had been subject to judicial scrutiny in 2009. We covered that order extensively over here and in passing here.

The facts leading up to the present order are as follows:

Chemtura was granted the patent in January, 2008. Subsequently, in February, 2009, Respondent 4 (‘Applicant’) to the present petition, filed a revocation petition before the IPAB. Soon after that, in August, 2009, the Applicant expressed their intent to withdraw the revocation petition through a letter. In response to this, the patent registry wrote back to the Applicant, asking them to file a miscellaneous petition to give effect to this withdrawal. They were further granted a time period of fifteen days to file the misc. petition.

Meanwhile, the revocation petition was repeatedly adjourned, and was finally posted for March, 2012, at the satisfaction of both parties.   However, Chemtura challenged the notice of the March 21 hearing (dated Feb, 2012) through a writ petition before the Madras HC. The HC quashed the petition and allowed the March 21 hearing, on grounds that I will discuss through the course of this post.

In March, 2012, the IPAB heard the revocation petition and reserved orders. After that, in May, the miscellaneous petition for withdrawal of the revocation (one that had been suggested way back in 2009) was filed. Between May & June, two developments took place that form the basis of Chemtura’s claims in the present case: The Applicant and Chemtura entered into a Memorandum of Understanding (the terms of which are not revealed, but are inferred to indicate a synchronization of interests in terms of the patent in question) and the Applicant filed another  misc. petition for “unconditional withdrawal”.

The IPAB passed orders revoking the patent in August 2012. This order can be accessed here.

The parties’ contentions and claims

Chemtura challenged this August, 2012 revocation order and prayed for its reversal, by filing a writ petition before the Bombay High Court. Chemtura’s primary contention was that the miscellaneous petitions for withdrawal and MOU being in place, the IPAB could not have adjudicated on the revocation petition. This was because the petition did not survive, once the Applicant, being dominus litis (i.e. master of a suit or who is directly interested in the outcome of a suit) had expressed interest to withdraw the same. Chemtura relied upon decisions like Anil Dinmani v. Chief Officer and Shiv Prasad v. Durga Prasad to contend that withdrawal is the unconditional right of the applicant, and is complete as soon as he intimates to the court, his desire to do so. Chemtura then attacked the IPAB order itself on merits.

In opposition to this, IPAB contended that the grounds for challenging the impugned order were unsustainable. They also further defended the order on merits. IPAB’s contentions do not find much expression in the order, which categorically mentions that these were only dealt with in a cursory manner.

The Court opined that the IPAB should not have passed the revocation order in view of either (a) the letter expressing intent to withdraw, or atleast (b) the petition for “unconditional withdrawal” filed in June, 2012. It further noted that among the various adjournments of the petition between Feb, 2009 and March, 2012 – there was a notice of hearing that listed the matter for 7 October, 2010 as “for withdrawal”. Another notice had been circulated declaring the matter as further adjourned for “administrative reasons.”

Relying heavily on these, the Court held that the IPAB should not have gone ahead with the revocation proceedings. The Court finally noted, “We have no manner of doubt and applying ratio in Shiv Prasad (supra) that the application should have been treated as withdrawn …at least as on date of filing Miscellaneous Petition namely 11th June, 2012. The IPAB erred in proceeding with the hearing in the face of the said application for withdrawal.”

Analysis: Should the IPAB have passed the order?

To me, the opinion of the Court is confusing to the extent that the IPAB had already heard the matter (March, 2012) before the miscellaneous petitions (May or June, 2012) formally effecting withdrawal, had been filed. The need for a formal application to effect withdrawal was reiterated by the Mad HC, when Chemtura challenged the notice for the March, 2012 hearing. The court quashed the petition on the same grounds. It further opined, that not only had both parties agreed to the hearing, but Chemtura had also never raised this lack of jurisdiction as a ground for adjournment during previous hearings. This being the case, the IPAB was well within its jurisdiction to proceed with the hearing of the revocation petition.

Another important factual import is that Chemtura was granted a period of 15 days (from the receipt of the letter) to file the misc. petition. The letter also informed them that failing this, the matter could not be processed. The applicant’s failure to follow through with this, could perhaps explain why the matter was first listed “for withdrawal” and then subsequently adjourned for “administrative reasons.”

It all seems to boil down to whether form and procedure can be allowed to take precedence over substance. The Bombay HC, through this order, answered in the negative. Even if adherence to form were held to be a requisite, the facts of this case are unique in that the hearing (with orders reserved) took place before the misc. petition/s were filed, but the order itself was passed after this filing. Thus, although it could be argued that the IPAB did not act beyond the scope of its jurisdiction in hearing the petition, the order it finally passed in August, 2012 had in fact fallen defunct. This was because by then, the applicants had formalized their intention to withdraw their application.

On a concluding note, it would be appropriate to point out that the facts and background of this case eerily resemble reverse settlement agreements common to the pharma patent industry. Big companies often effect a reverse settlement by buying out challengers to their patents. A paper here explains the legal context on which such settlements are hinged, and also notes that this is a tactic adopted by originator/patentee drug companies who try to avoid financially risky patent litigation, by settling with the (usually smaller) generic drug manufacturers forming the opposition in these infringement suits.  This is a reversal of the traditional “settlement” which usually flows from the alleged infringer to the patentee.

While such agreements have been part of anti-trust debates in the States for years, the 2013 SC decision of FTC v. Actavis laid down important precedent by holding that such reverse settlements can effectively run afoul of anti-trust law. Around the same time, the European Commission followed suit through an order imposing fines on Lundbeck, Ranbaxy and a few other generics, for anti-competitive reverse settlement agreements. The central argument behind holding such agreements as anti-competitive is that these settlements wipe out generic competition in the market, consequentially raising prices of the drugs, and also leading to other competition violations.

It is yet to be seen if settlements within Indian markets will witness intervention by the CCI on similar grounds. As such, I leave our readers with a critical closing question – can the settlement by Chemtura be called a “reverse settlement” potentially resulting in anti-competitive effects in the market?