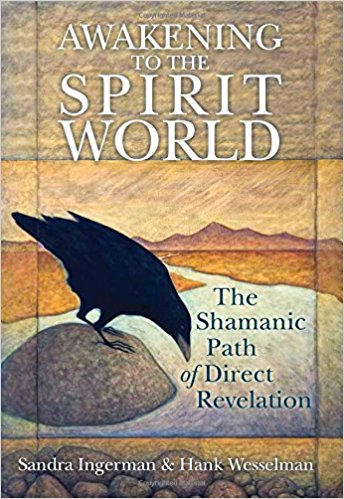 “I didn’t sleep all night!” I looked at him in wonderment. “Why”, I asked?

“The attorney was really good. And almost had me convinced that the invention was patentable. I had to find a way to reject it!”

“You see, we were wedded to the Ayyangar report”, he responded. “And that was our Bible. Ayyangar asked us to grant fewer patents….since we were a developing country and needed to imitate before we invented. The fewer patents, the better for us! So we exercised our creative faculties as best as we could. But this one was tricky. And the attorney made out a very persuasive case. So I stayed awake the whole night trying to find a way to deny the claim, but couldn’t come up with anything—so I ended up granting the patent!”

That was commitment for you! And fairness to boot. Not sure how many patent officials in India today (or anywhere in the world for that matter) would stay up the whole night to actualise the spirit of the patents act. And yet this was no ordinary patent official. This was Shanti Kumar, born in Dera Ismail Khan (modern day Pakistan) in the pre-independence era: all of 70 years when I had the great privilege of meeting him and being privy to his wonderful repertoire of patent wisdom.

Thanks to him, I found my calling in patents. And was able to formulate the broad rudiments of an idea that would go on to constitute my master’s thesis at Oxford (published in the Intellectual Property Quarterly (IPQ) and available here). Where I argued that Justice Ayyangar exerted a haunting influence on the patent office, so much so that it adopted a “policy style reasoning” in many of its decisions.

And where my love for Nicole Kidman got the better of me and I began with a spooky line from an otherworldly movie called “The Others” which went something like: “Sometimes the world of the living gets mixed up with the world of the dead”. Unfortunately, a rather “proper” examiner from Oxford didn’t share my craving for kitsch (and Kidman, if I may add) and penalized me for my pop-iness!

A Passion for Patents

Back to Shanti Kumar-ji, who began his career with the Indian Patent Office and rose to become the Joint Controller of Patents. He retired in 1992 and joined Anand & Anand, a leading IP law firm which is where I first met him. Ironically enough, we never interacted much during that time, since I didn’t have a science degree and had to content myself with “soft IP” (copyrights, trademarks and all). However, post my stint at A&A, when I migrated abroad for higher studies, I took to patents with a vengeance! It was during this time that I had the great fortune of conversing with him at length. And as he spoke of the good ole’ days, I saw his eyes light up. Like that of a child. Excited, invigorated, passionate! That was Shantikumar-ji for you. Born with a passion for patents, as Jaya says in her glowing tribute to him in this post.

Generous to a fault, he always welcomed me to his room no matter how busy or irritable he was (and boy, did he have a temper!). Not only did he offer me a rare historical perspective, he also shared much material he had with him including a rare set of patent office decisions by various Controllers (that he had put together in his capacity as Joint Controller: unfortunately his successors discontinued this practice and we lost out on a treasure trove of valuable historical nuggets). Some of these patent decisions from his compilation made its way to some of the papers I did, including a report on India’s compulsory licensing regime.

Unfortunately, the last I checked with Anand and Anand (Shanti Kumar-ji had by this time left A&A to join Lex Orbis, another leading IP firm), these compilations couldn’t be located. If anyone has access to these patent office decisions from the yesteryears, let me know and we’ll be happy to put this up on SpicyIP as part of our Open Access initiative.

For this material is worth its weight in gold. Offering us rare glimpses of a bygone era—an era that boasted a stellar set of patent officials…staunchly nationalistic at heart and bloody good to boot. So much so that they showed the birdie to the court, in a case involving an invention that cleared up fog in the air to help flights take off (the Thomas Brandt case). Despite a court order asking that they grant the patent, they refused on the implicit ground that the court didn’t understand patent law as well as they did! Here is what the Assistant Controller writes in his decision (and for those interested, I’ve highlighted this exceptional case in the policy style reasoning paper I mentioned earlier).

“I am not prepared to accept the contention of Shri Grosser that the Hon’ble High Court has issued specific directions, which will, in effect, abridge the Controller’s right to analyse the various provisions of the Patents Act or bind the Controller from faithfully and conscientiously discharging his duties during disposal of this remanded case.’’

Of course, the patent script is different today, and a tad bit schizophrenic—thanks to various conflicting pulls and pushes. On the one hand, we have the pressures of free trade and a promiscuous patent script  (the mechanistic urge to jack up patent numbers to look good to the world and pretend that we are truly innovative; thanks in no small part to various insidious IP rankings). Add to that the alleged private assurance to US industry that we will not deploy patent spoilers such as compulsory licensing anymore etc. And yet on the other hand, we have free market gurus who argue that patents have no place in a free trade (WTO) economy (and I speak of Jagdish Bhagawati and more recently Arvind Panagriya).

But more worryingly, the best of economists continue to question the very raison d’etre for patents: Do patents really enhance the rate and range of innovation? (and I must say that compelling evidence on this count is still lacking!). Others question the very optimality of a patent regime from a sheer cost benefit analysis (arguing as James Bessen does that patents are far too costly in our current ecosystem and their disadvantages far outweigh their advantages). Indeed, the patent system is cracking from all sides, and I’ve argued in a recent paper titled “The End of Patent Exclusivity” that one of the first pillars to fall would be the strong notion of patent exclusivity.

With all these conflicting signs and signals, can one really blame the patent office for not having a strong enough policy compass as it did in the previous years? Hopefully, the future will see a strong set of leaders with the competence and conviction to guide our patent office personnel. Leaders that transcend the petty confines of their institutions and point the way. The torchbearers so to speak. Shanti Kumar-ji was clearly one of them. Someone who sparked the passion of patents in me. As he did for many others.

Dear Sir: You will be missed! But, one hopes that much like Ayyangar, your stellar spirit will continue to guide us. For the world of the living is made much better, thanks to the legacy of the dead!