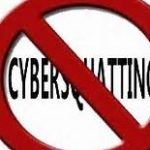 According to the petitioner, “defendants are infringing the plaintiff’s trade mark. In support of his contention, he referred to a print out from defendants’ website- www.yahookochi.com (Ex.PW1/22). He also referred to photographs of defendants’ premises and the business card of the defendants to show that they are using the old YAHOO logo of the plaintiff.” Even though cease and desist notice was issued in 2015, the defendants refused to comply.

On perusing the evidence, the Court came to the conclusion that the defendant grossly infringed the trademark of the plaintiff. The relevant parts of the judgment are as follows:

The outcome is on expected lines considering the settled legal position on cyber squatting. [here] The judgment rightly recognised ‘unique stylized font’ as an element of trademark.